As most Israeli adults get vaccinated from COVID, some wonder when life will go back to normal 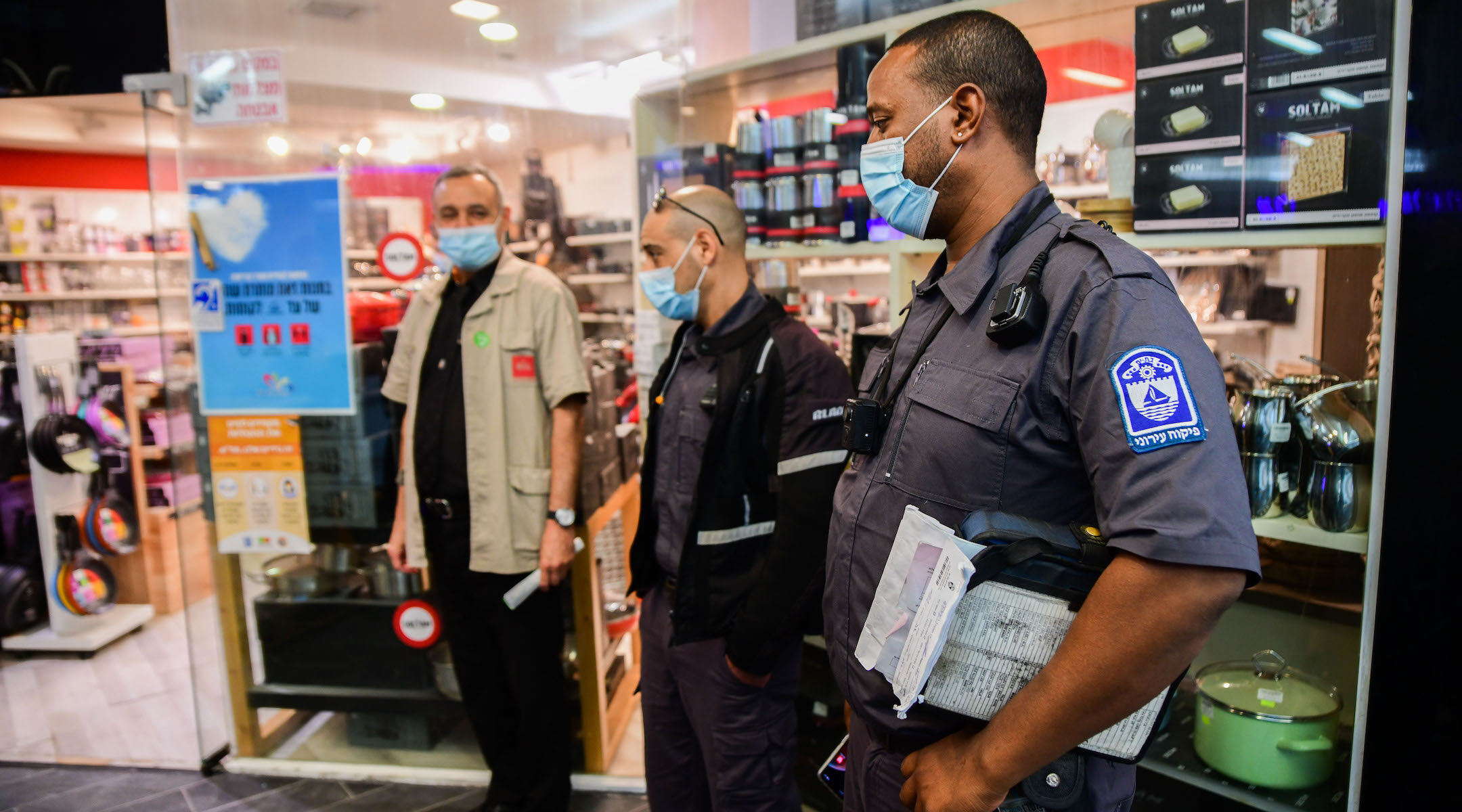 JERUSALEM (JTA) — After receiving his first dose of the COVID vaccine in December, Jonathan Livny, 77, assumed life would at last return to normal for Israelis like him.

Livny, who lives in Jerusalem, was among the first Israelis to take the shot, and became fully vaccinated in January. He received his “green passport” — an official certification that he was immune to the disease.

But nearly one month later, the passport hasn’t done him much good. Even though he’s now at much lower risk, Livny still must obey the country’s strict lockdown measures, which bar everyone from a wide range of leisure activities whether or not they’ve been vaccinated.

The restrictions hit home for Livny a couple weeks ago. He and his wife, a plastic surgeon, travel frequently, and had planned a trip to Dubai late last month for a medical conference. Their trip was canceled, however, when Israel shut down its airport to limit the virus’ spread.

Israel’s aggressive vaccination drive has become a national source of pride, but it has not yet heralded the return to pre-pandemic times that many had expected. Even as more than 40% of Israelis have gotten at least one dose of the vaccine, far outpacing the rest of the world, COVID rates remain stubbornly high, and the vaccination campaign has slowed.

Now, as Israel is emerging from a six-week lockdown, its third since the pandemic began, businesses and their patrons are rebelling against a reopening that they feel has been too sluggish. Three large shopping malls – in the cities of Bat Yam, Karmiel and Petach Tivkah – opened Thursday in violation of government regulations. It was part of a revolt instigated by a forum that represents 400 mall owners, restaurant owners and chain stores.

The group made their own rules dictating whom to allow into stores — finally allowing Israelis to make use of their “green passports.” Entrance was restricted to those older than 60 with two vaccine doses, or anyone younger who had either received at least one shot, recovered from COVID or tested negative in the past 72 hours. Children 16 and under also were allowed in.

Police officers visited the stores and ordered them to close but did not issue fines.

“There is no difference between malls, which are closed, and supermarkets or drugstores, which are open,” said Yaakov Kantrowitz, 26, the branch manager of a housewares chain in a strip mall in the central city of Rishon Lezion. He complained that the government “said that people were getting corona in malls, but they’ve been closed for the past six weeks and the infection rates haven’t gone down. That proves we are not the reason for infections.”

“We have a table up front at the entrance with a catalogue, people choose what they want, and [employees] bring it to them,” he said. “Restaurants are allowed to do take-away, so why aren’t stores as well?”

Police have not visited his store, Kantrowitz said, and he is careful not to allow anyone inside even though it is spacious, measuring 10,000 square feet. The store has been closed for a total of four months over the past year, and all 30 workers were put on furlough. Now Kantrowitz has hired back five workers and hopes that stores and malls will reopen soon.

The government is considering a series of regulations that will limit entry to places like gyms, concerts and museums — and eventually cafes and restaurants — to those with either “green passports” or a negative COVID test from within 72 hours. Some schools also reopened on Thursday after six weeks of remote learning — the most recent in a series of school closures in Israel that have spanned months. The government may require all teachers to either vaccinate or be tested every two days.

Israel is also considering an agreement with Greece to allow tourism between the countries for those who are vaccinated.

But a segment of Israelis remains reluctant to get the shot. While Israel’s vaccine rollout had ramped up to 200,000 people vaccinated daily, the pace has slowed significantly in the past week. According to government data, while more than 90% of Israelis older than 60 have been vaccinated, the equivalent figure is 70% for haredi, or ultra-Orthodox, Jews and 64% for Arab Israelis.

With some vaccination centers half empty, local municipalities are trying to find incentives to get rates back up. In the haredi city of Bnei Brak, where vaccination rates are among the lowest in the country, first responders told residents that if they got vaccinated on Thursday night, they’d get a free serving of cholent, a meat stew popular with Orthodox Jews.

“We welcome the initiative by Bnei Brak to give out bags of cholent to those who are vaccinated tomorrow,” Zaka, an Orthodox emergency medical service, posted on Twitter. “We’ve already been putting non-vaccinated people in [body] bags for more than a year. Go vaccinate!”

Haredi Israelis tend to vaccinate at lower rates even as the percentage of deaths in their community has been especially high. A recent investigation found that 1 in 73 haredi Israelis over the age of 65 had died from COVID, about four times the rate of the general population. Despite the lockdown, some haredi Israelis have defied restrictions and reopened schools, in addition to gathering in large crowds for funerals.

Vaccine skepticism extends beyond the haredi community. While most older and high-risk Israelis have rushed to be vaccinated, some younger Israelis are more torn about taking the vaccine.

Adina Arazi, 47, who lives in the southern city of Netivot and teaches hydrotherapy, said she is not an anti-vaxxer. Her two children, a 20-year-old son with special needs and a 16-year-old daughter, got all of their traditional childhood vaccines. But this time nobody in her family is being immunized from COVID.

“I feel like we’ve moved a little too fast,” she said. “I think it will take a long time to see the long-term effects. They are basically doing a study on people, which I find really unethical.”

With all swimming pools closed, Arazi has been out of work for the past year. She said she’s cut back on anything that isn’t a necessity, and her family in Canada is helping out. Arazi said will not get the vaccine even if it means she won’t be able to go back to work.

Deborah, 44, who asked that her last name not be published because she doesn’t want some of her relatives to know she will not be getting the vaccine, feels even more strongly that she and her family shouldn’t vaccinate. Despite assurances from doctors that the vaccine will not cause infertility, Deborah plans to wait until the end of the year before she and her four children take the shots.

“There is a complete lack of evidence that the vaccine will have any effect on male or female infertility,” Dr. Hagai Levine, an epidemiologist at Hadassah Hospital, told a news conference Thursday.

But for Deborah, who said she has read the entire Pfizer study online, those assurances are not enough.

“Being a mother is a big responsibility for me, and my daughter just turned 16, so I started researching it,” she said. “They didn’t test the vaccine on 16-year-olds. No doctor can say there won’t be any side effects.

“What if in a few years she can’t get pregnant? It would be the end of her life and I would feel responsible.”