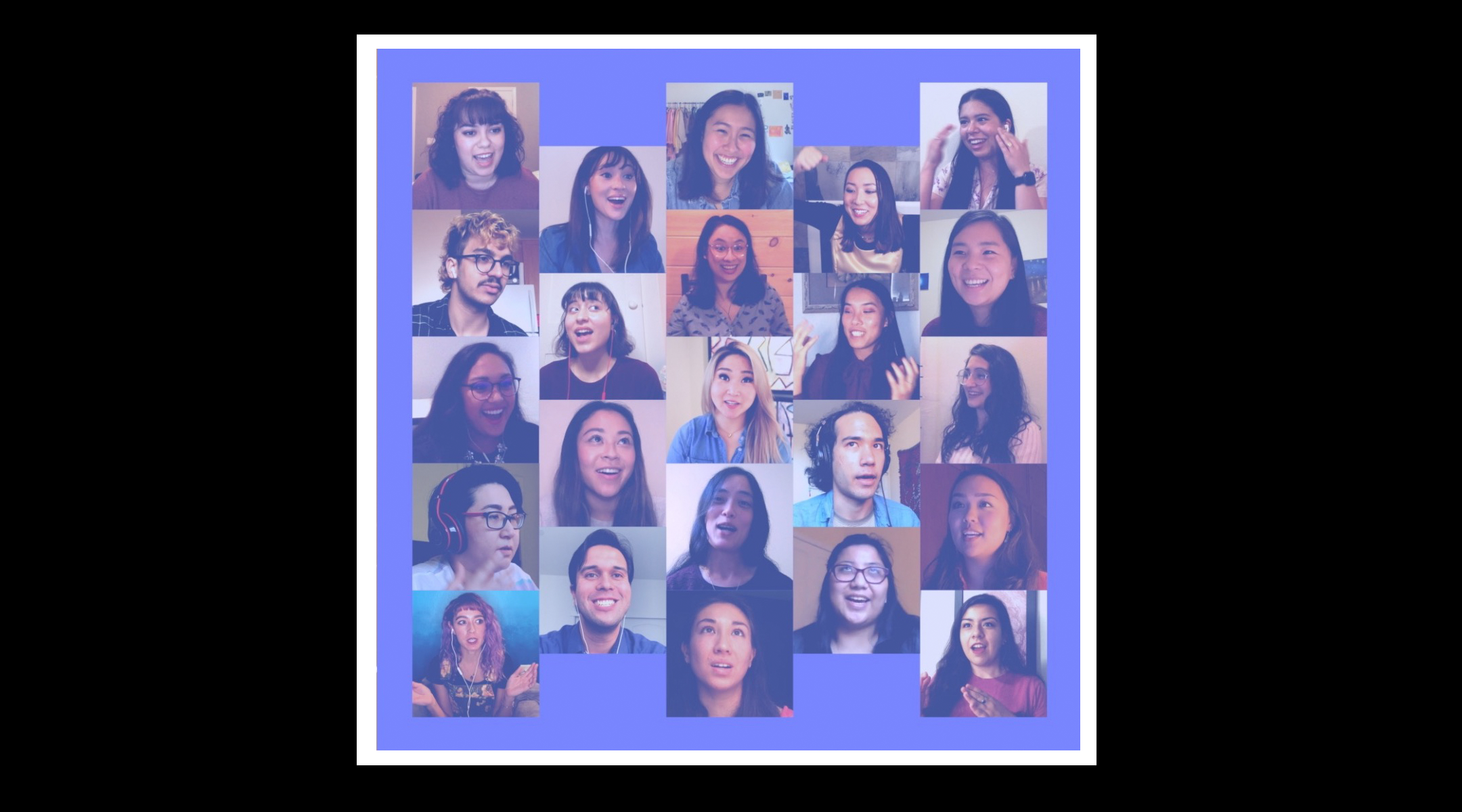 The Lunar project brought over 20 Asian American Jews together in conversation. (Courtesy of Lunar)
Advertisement

(JTA) — When Maya Katz-Ali saw the ad on Facebook recruiting Asian Jews to participate in a new video project about identity, she scrolled through her list of friends to figure out who might be a good fit.

The daughter of a Jewish mother from New York and a Muslim father from India, it didn’t occur to Katz-Ali that she fit the bill herself. Though she grew up connected to both parents’ cultures — especially the food — she always saw them as distinct. When her mother wanted to hire Indian dancers for her bat mitzvah, she shot the idea down.

“I remember specifically saying, ‘Mom, no, that’s Indian. That’s not Jewish,’” said Katz-Ali, who now works for the Shabbat programming organization OneTable. “So obviously, in my head, I had this big kind of divorce of these two identities.”

After her epiphany that she would be a good candidate for the video initiative she saw advertised on Facebook, Katz-Ali reached out to its founders. That’s how she ended up in “Taste of Connection,” the food-focused first episode of Lunar: The Jewish-Asian Film Project, a series of videos of young Asian American Jews in conversation with each other that launched this week, to coincide with the lunar new year, a holiday celebrated in multiple Asian cultures. The series — which is on YouTube and also lives on the website of Be’chol Lashon, a group promoting Jews of color that helped support the project — will tackle a new theme in each episode.

“[It’s] really fun to break the stereotype of ‘You want Jewish food? Ok, it’s a bagel,’” Katz-Ali says in the video, after describing how she blends Indian cuisine with Jewish tradition.

The series is the brainchild of two recent college students who found themselves craving a way to get to know other people whose identities overlapped with their own.

One of them is founder Gen Slosberg, who was raised without religion in China and moved with her Ashkenazi father and Chinese mother to the U.S. as a teenager. As an undergraduate at the University of California, Berkeley, she joined multiple groups for students of color — where to her surprise she discovered Jews of color like herself.

“Everybody I knew who was Jewish was white,” said Slosberg. But even after learning from those student groups, she had never been in or heard of a space for Asian American Jews in particular.

“I would for example hear one of the people at one of my JOC [Jews of color] Shabbats go ‘Oh yeah, my Chinese grandmother, this, this and this,’” Slosberg said. “And I’m like, what if we were in a space and we could all understand what it’s like to have an Asian grandma. Wouldn’t that be cool?” 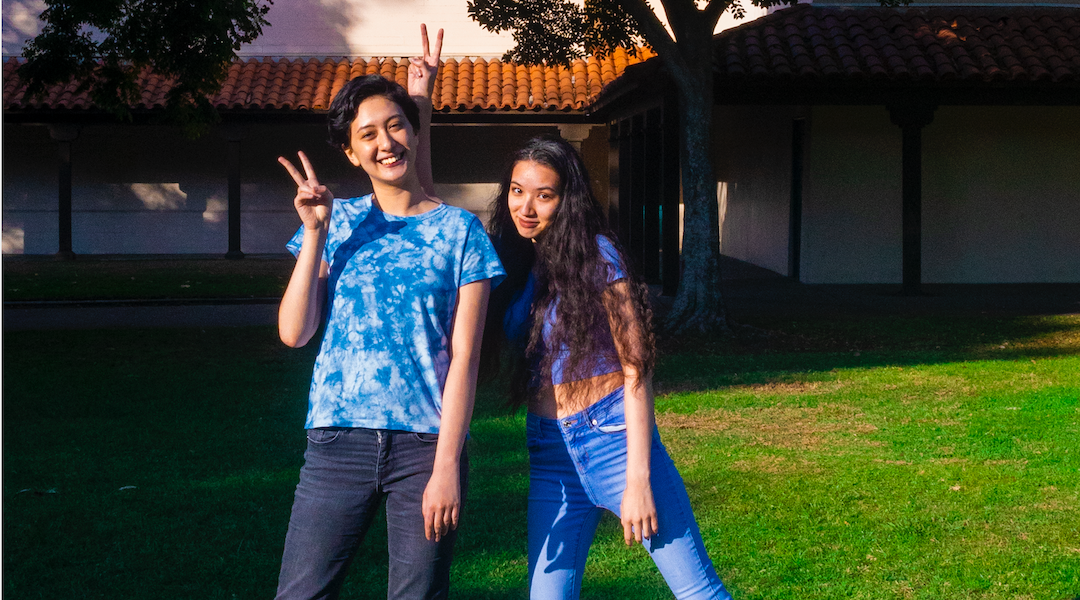 Gen Slosberg, left, and Jenni Rudolph are the project’s founders. (Courtesy of Lunar)

So last spring Slosberg reached out to a few other Chinese Jews through connections and social media, hoping to create that space for herself. She found Jenni Rudolph, a Berklee College of Music graduate who was featured in a widely viewed YouTube video about interracial identity.

Rudolph had grown up in Huntington Beach, a predominantly white city in southern California’s Orange County, where she struggled to feel at home in white, Asian or Jewish spaces. She had attended a Jewish preschool, but after it closed, her two younger sisters didn’t get the same Jewish foundation, and her family wasn’t very religious.

“That was just a really exciting moment for me,” Rudolph said of her initial virtual meet-up with Slosberg’s group, “of meeting others and being able to talk in a group and decide — so this is a community, what do we stand for? Who are we? And what does it really mean to be these things?”

Slosberg and Rudolph decided to take the concept — bringing Asian American Jews together to talk openly and casually about their identities and experiences — and branch out with it. Beyond just Chinese-Americans, they found Jewish people with what was for them an unexpectedly diverse array of different Asian backgrounds, from Indian to Thai to Filipino and more.

One thing they quickly realized was that all of them felt that they had not seen their identity represented in American Jewish spaces.

The American Jewish community has begun to pay more attention to the experience of Jews of color in recent years, as highlighted by the rise and expanded profile of groups such as Be’chol Lashon and the Jews of Color Initiative, and the increasing number of Jews of color in organizational leadership roles. An analysis by researchers from 2019 found that Jews of color have been slightly undercounted in broad surveys on American Jews.

But there has not been much research done on Asian American Jews in particular. Sociologists Helen Kim and Noah Leavitt — who are also a married couple — have published two landmark research papers on Asian Jewish families, one in 2012 and another in 2015. Besides that, Slosberg and Rudolph did not have previous projects like theirs to turn to for inspiration.

“We saw a gap in the media that could be filled,” Rudolph said. 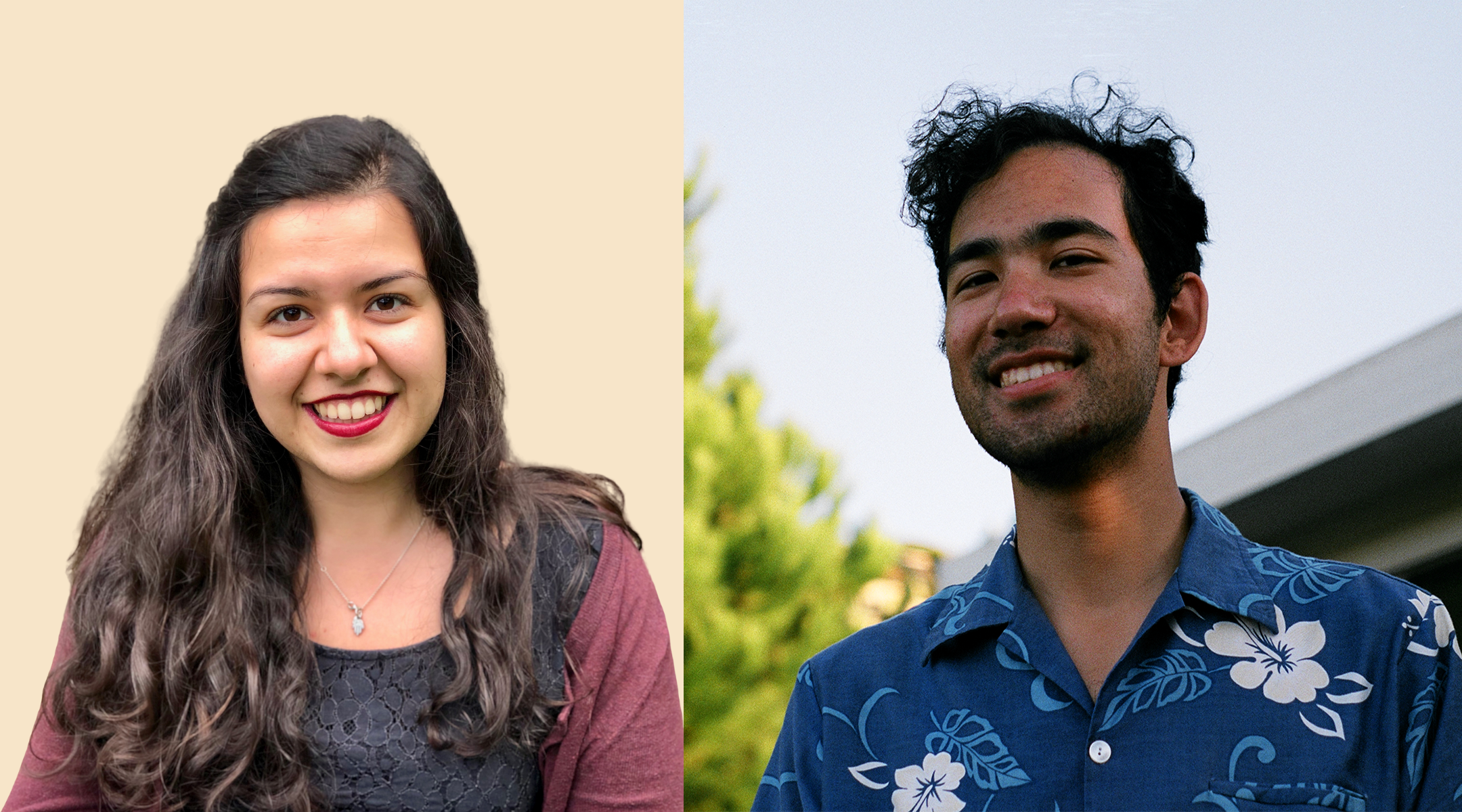 She and Slosberg remained mindful throughout their project of how broad the term “Asian American” can be a flattening term.

“The Asian diaspora is just so huge and diverse that it feels weird to kind of lump ourselves in, but also — white America lumps us all in together anyways,” Rudolph said. “So that’s kind of a common thread that we’re all relating on. We have a lot of very common experiences.”

For participant Jacob Sujin Kuppermann, born to a Brazilian Ashkenazi father and Thai mother, the project’s diversity was an important selling point.

“That’s kind of what made me excited about this project — that there was a very diverse range of different Asian experiences,” Kuppermann said. “Obviously there’s not a huge amount of discussion about mixed race Jews [in American society]. But usually when it comes up, it’s tiny. It’s Chinese American.”

In the inaugural video, participants talk about how their knowledge of both Jewish and Asian foods helps them feel like they “have stake in” each broader cultural community, in the words of one person. Another said that that knowledge helps her “prove” her Jewishness in Jewish spaces that are predominantly white. Some pointed out the ways in which Asian and Jewish flavors go well together, while others talked about the difficulty of eating Asian dishes while trying to keep kosher — stemming from the fact that multiple Asian staples, such as shellfish and pork, are not allowed in Jewish dietary law.

Katz-Ali shares in a clip that Ashkenazi Jewish food doesn’t always “feel like home” for her, but she’s always excited when finding Indian restaurants that are kosher. After participating in the project, in December she inaugurated “pakoras and menorahs,” her name for a new Hanukkah tradition that incorporates a traditional Indian fried food into the Jewish holiday that celebrates oil.

Now she’s trying to keep the Lunar group together, in part by planning OneTable Shabbat events for them.

“I’m so excited that this is taking off,” she said. “I think this is also going to give more permission to people to create and find that place of belonging and community that they can gather within.”