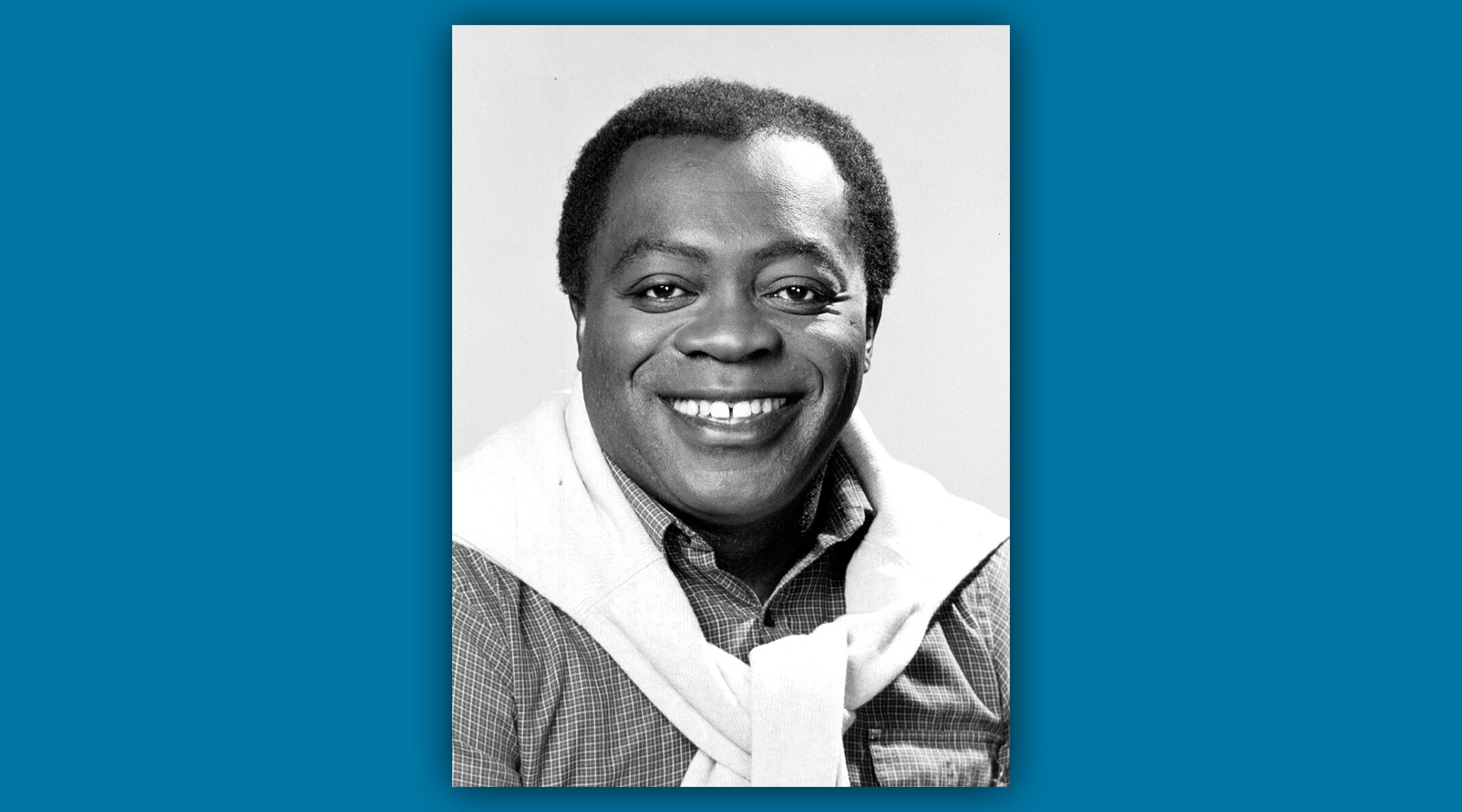 (JTA) — Yaphet Kotto was nominated for an Emmy for his performance as Ugandan dictator Idi Amin in a 1976 TV film about Entebbe, the deadly raid in which Israeli commandos freed Jewish passengers taken prisoner during a hijacking.

It was one of many notable roles for the actor, who died Sunday at 81 after a decades-long career that included starring roles in “Alien,” “Homicide: Life on the Street” and “Live and Let Die.” He was the first Black actor to portray a Black James Bond villain.

It was also one that had a direct connection to the unusual lineage he claimed.

Like Amin, Kotto had roots in Africa: His father was a Cameroonian immigrant to the United States who Kotto said was a descendant of that country’s royal family. He was also Jewish, like the passengers on the plane and the commandos who freed them.

In fact, Kotto said he was frequently bullied as a child because he was one of the few Jews in his neighborhood. And he said that if he had not discovered acting, he would have become a rabbi.

“Look at all the films I’ve made. People say, How did you do it?” he told Inside Hook, an online magazine, in 2019. “I say, “Do you realize how many movies I’ve made? No agent or manager got me those jobs! It’s my faith that’s gotten me everything.”

Kotto was born Nov. 15, 1939 in New York City to Avraham Kotto, who had converted to Judaism as a young man in Cameroon, and Gladys Marie, a nurse who became Jewish before he was born, he wrote in a self-published autobiography, “Royalty.”

Raised in the Bronx, he said his religion caused him trouble. “It was rough coming up,” he told the Associated Press in 1994, according to a 1997 news story. “And then going to shul, putting a yarmulke on, having to face people who were primarily Baptists in the Bronx meant that on Fridays I was in some heavy fistfights.”

Acting was a refuge, and he was taking high-level theater classes as a teen. Landing his first screen roles in the mid-1960s, Kotto soon became a familiar face on television and in films. His role as the first Black villain in a James Bond movie came in 1973’s “Live and Let Die,” and in the 1990s, he played a detective on the seven-season Baltimore crime drama “Homicide: Life on the Street.”

At a time when few Black Jews had gained public notice, Kotto stood out. “Yaphet Kotto was one of the greats, actor, writer & screenwriter … but especially for me, one of the first highly visible Black Jews I ever knew of,” tweeted Black Jewish activist Amadi Lovelace on Monday night. “Hearing his story helped me find my way home. His memory will be a blessing.”

After “Homicide” ended in 2000, Kotto appeared on screen only once more, for a small part in a 2008 movie called “Witless Protection.” Over the last two decades, he promoted a range of unusual and sometimes contradictory views, saying that he had been abducted by aliens, dismissing the danger of COVID-19 and sharing content associated with QAnon, the pervasive pro-Trump conspiracy theory. Last year, Kotto endorsed both Black Lives Matter and Donald Trump. (He had also forcefully rejected the prospect of a Black man being cast as James Bond.) On Facebook, he also suggested that he had embraced Jesus and quoted passages from the New Testament several times over the last year.

In the 2019 Inside Hook interview, Kotto had not indicated any religious change, although he said he now looked for the nearest deli rather than the local synagogue when he traveled. Instead, he said Judaism remained a lasting influence in his life.

“I still open every book I read from the back page to the front. [My father] instilled Judaism in me. Everything the Jewish religion stands for, from an African’s point of view, he left those things in me—especially things that had to do with the New Testament, which he was thoroughly, totally against. He said it was BS,” Kotto recalled to Inside Hook. “If it weren’t for him, I would have probably gone to hatred or violence or drugs or alcohol. I escaped all of those things because of Judaism.”

Kotto’s wife of 24 years, Tessie Sinahon, announced his death on Facebook on Monday night, saying he had died in the Philippines, where the couple had been living. “You played a villain [in] some of your movies but for me you’re a real hero and to a lot of people also,” she wrote. “A good man, a good father, a good husband and a decent human being, very rare to find.”

In addition to his wife, Kotto is survived by four daughters and two sons, including one who was a longtime police officer in the San Francisco Bay Area.