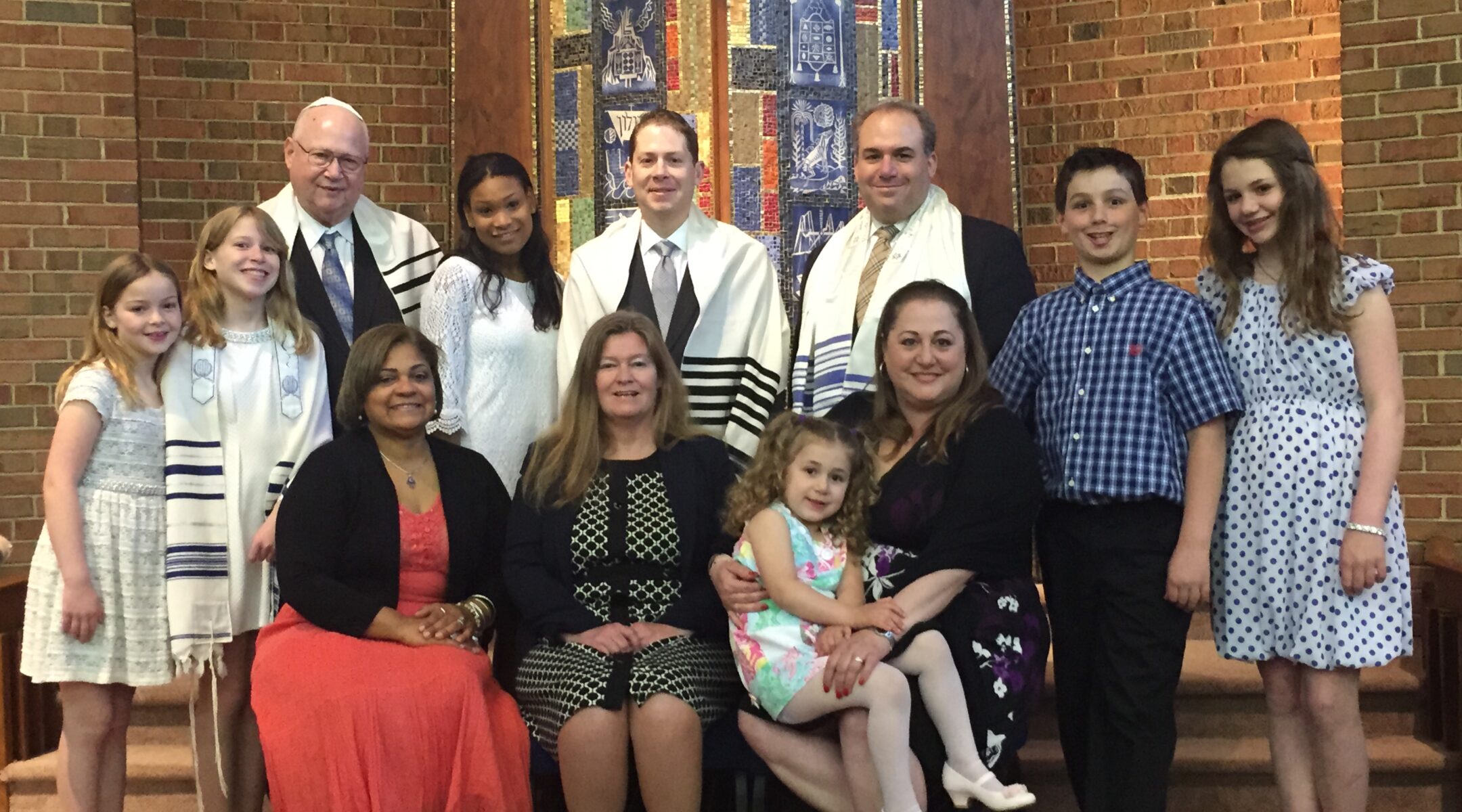 Stanley Teich, back row, left, seen here at a grandchild's bat mitzvah, died of COVID-19 in April 2020, an early casualty of the pandemic in the United States. (Courtesy of Carol Ackerman)
Advertisement

(JTA) — Carol Ackerman was looking forward to a lot in 2020. Her father, Stanley Teich, would be turning 80 in April, and the entire family had tickets to celebrate Passover in Israel.

Plus, after more than five years working as a paramedic in Rockland County, just north of New York City, Ackerman had also registered for the LSAT. Her father had invited her to take over his immigration law practice if she became a lawyer.

Those plans began to unravel in late February, when the seriousness of the emerging COVID-19 pandemic began to come into focus for many in the United States. First, Ackerman’s ambulance company gave its paramedics N95 masks. Then, Teich decided that the family ought to put off its big trip.

“I was really disappointed — I’ve never been to Israel, and he had been several times, so to go with all of my children and him, this was going to be a big trip,” Ackerman said. “We had already booked out all of the travel and the excursions and the highlights we wanted to see. But he decided that it was safer and more prudent to cancel, and we promised we would go in 2021.”

That trip is not happening this year. And when it does, it will be without Teich, who died of COVID-19 in April, just a week after his birthday, an early casualty of the pandemic that has killed more than 500,000 Americans.

Teich had gone to law school at 55, starting during a sabbatical from working as a guidance counselor in New York City schools. Knowing that immigrants and asylum seekers might have a hard time getting to court on their own, he had a practice of driving his clients to court in two massive Cadillacs that he called his “living room on wheels.” His last trip, a two-and-a-half hour trek to Long Island, was around March 20, and he and his client arrived to find court closed.

To soothe her father’s anxiety about his clients, and because she was on leave because she had broken her foot, Ackerman cooked for him using recipes from her mother, who died of ovarian cancer in 2004.

“When he came to pick it up, we kept our distance of course because I was more worried that I was going to get him sick, and I remember he said, ‘Don’t worry,’” Ackerman recalls. “And then I called him later that night and the next day and I heard the cold and a little bit of cough, and I just knew.”

That was on March 28. By April 2, Teich’s conditioned had worsened so much that Ackerman overcame her fear and donned protective gear to evaluate him at his home. She was confused about what she observed — while his oxygen levels were low, his lungs did not sound like they had pneumonia, something that became a telltale sign of COVID infection — but she knew her father was in dire shape. An ambulance from her company transported Teich to the hospital.

Because of her job, Ackerman was able to be with her father in the hospital, a possibility that flew off the table for most people because of the virus’ contagiousness and the strain that hospitals faced. So she was there when, days after the family conducted its Passover Seder over FaceTime, her father declined to be intubated.

“A doctor spoke to him and told him that the outcomes after being on a ventilator weren’t good for somebody his age,” she says. “It wasn’t going to be comfortable. And I understand why he opted out of that.”

She was also there on April 10 when Teich took his final breaths. A nurse had alerted her that she needed to come. “I was fortunate,” she recalls. “I could go and see him. I probably should not have. Putting myself at risk when I have five children probably wasn’t the smartest move, but the fact that I was able to, while so many — millions at this point — have not been able to say goodbye to their family members … I was very blessed in that way.” 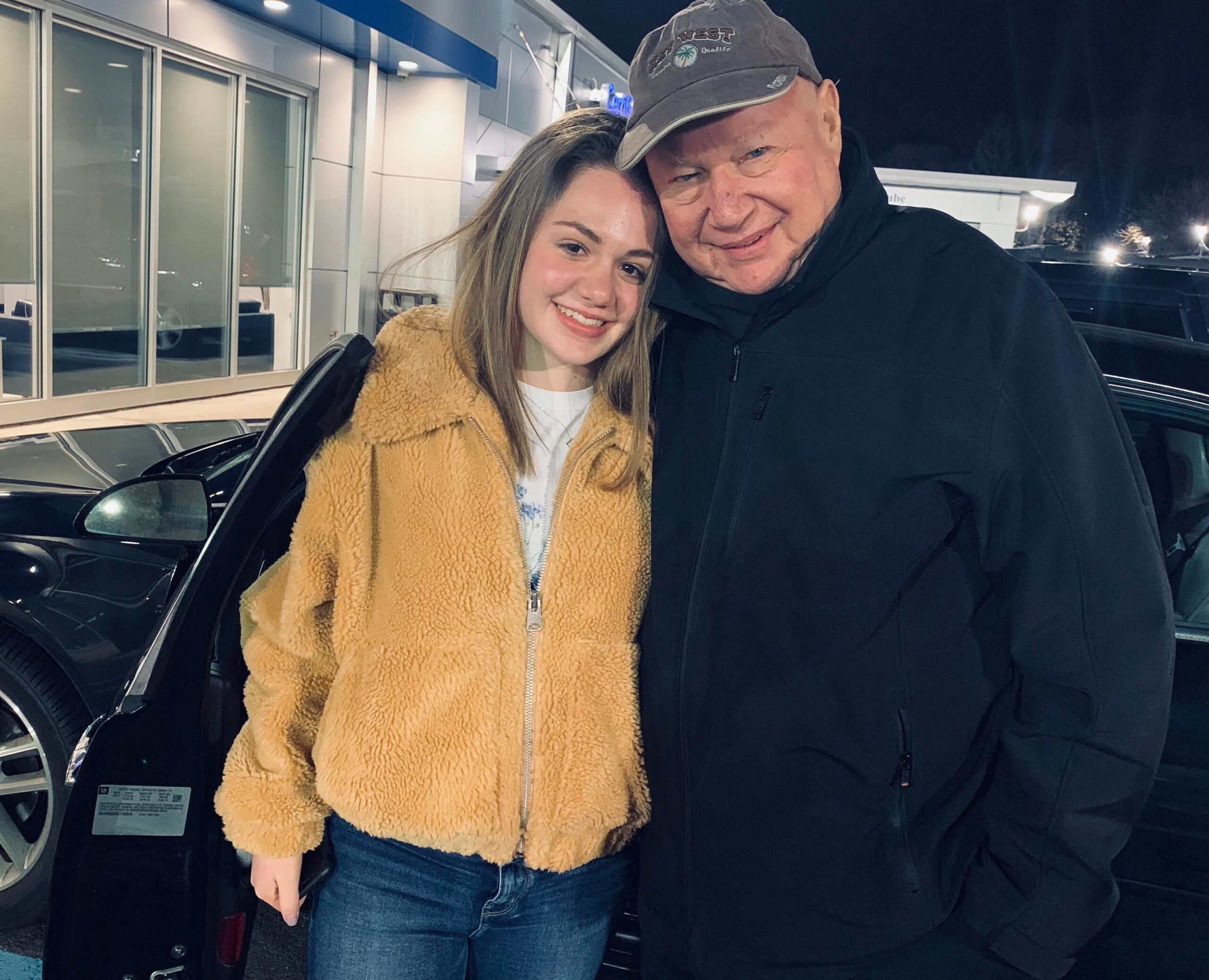 Stanley Teich was a frequent presence in his grandchildren’s lives. (Courtesy of Carol Ackerman)

At first, a funeral home told her it would be weeks before they could bury her father, because of the deluge of deaths from the pandemic. A local Chabad rabbi whom she had never before met stepped in, and Teich’s funeral took place on just a few hours’ notice two days after his death.

“My dad being who he was, I think he would have enjoyed that he came in the back of a minivan, and it was also half the price of the other funeral home,” she said.

By the time Ackerman returned to work in early May, the first peak of the pandemic had passed locally. Still, she said, she sees at least one suspected COVID patient every shift. She also sees people behaving in ways she doesn’t understand — like when she was called to a private bar on New Year’s Eve and encountered someone with visible symptoms.

For a time, Ackerman fought back against dangerous behavior on local message boards. At one point, she posted a picture of her father, unresponsive in the hospital the day he died. “This is what it looks like,” she said she wrote. “My dad, yes he had diabetes, but that doesn’t mean he needed to die, it doesn’t mean other people need to die. Because you want to go to a bar.”

These days, Ackerman says she is putting her energy elsewhere. She has five children living at home, the youngest in fifth grade, and a busy work schedule. But the family is making sure Teich isn’t forgotten — by picking up ice cream, his favorite treat, and by taking care of his clients, whose hearings are beginning to be rescheduled. Ackerman’s husband, an attorney, has taken over Teich’s practice.

“My dad was beloved, and all of his clients came from word of mouth, and they’re still coming,” Ackerman says. “It is what it is. His legacy continues.”