NY Times’ Bret Stephens is editing a new Jewish journal, starting with an issue on ‘Jews and social justice’ 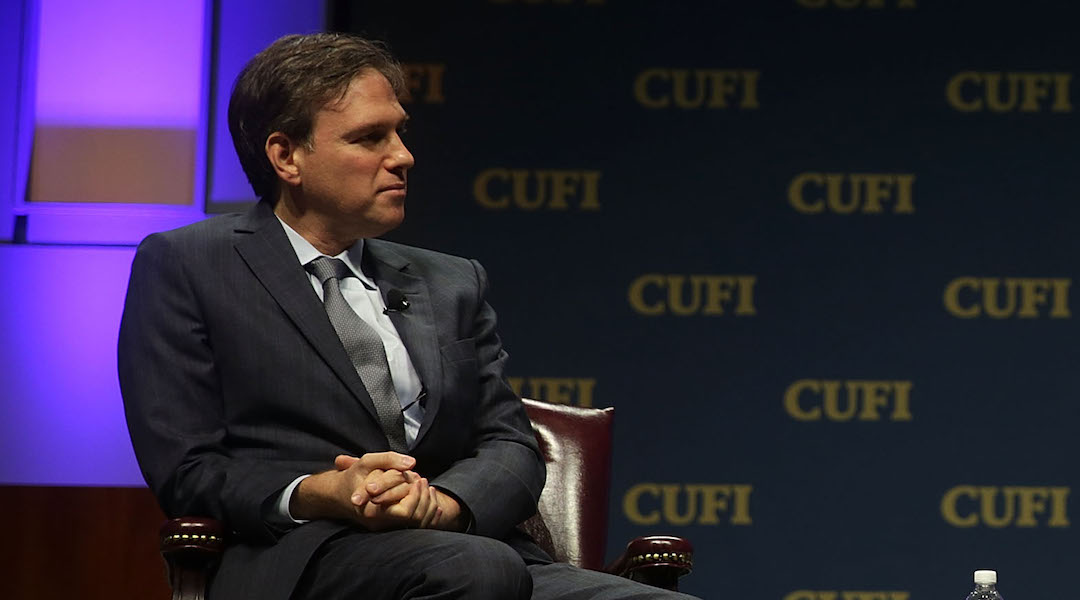 (JTA) — New York Times opinion columnist Bret Stephens has taken on a side gig as the editor of a new limited-run journal of essays about Jewish issues.

The journal, titled Sapir, is an initiative of the Maimonides Fund, an increasingly influential force in Jewish philanthropy that supports Jewish identity-building through media, education and Israel engagement. Over the past year, the fund has also become known for its leadership on COVID relief efforts.

The first of four print issues scheduled for 2021 will land in mid-April and will focus on social justice — a topic Stephens has addressed in columns that criticize progressive efforts.

“Our first issue is on the subject of Jews and social justice,” Stephens wrote in an email to the Jewish Telegraphic Agency. “This is a complex, controversial, multidimensional topic. We cover it from a variety of angles — religious, historical, political, ethical — and a range of political persuasions.”

The new journal comes as the Jewish world debates challenges gripping wider American culture, including racism, anti-Semitism, political polarization and the erosion of democratic norms. Stephens has chimed in to lament “cancel culture” and “wokeness.”

Sapir appears to be an attempt to address these and other controversial issues, with the stated goal of providing possible solutions to an audience of leaders and professionals in the organized Jewish community.

Maimonides President Mark Charendoff said he wanted to invigorate a communal conversation that he said has become impoverished amid the shuttering of Jewish publications and the increasing tendency of people to consume news content that conforms to their preexisting views. (Disclosure: The Maimonides Fund supports 70 Faces Media, the Jewish Telegraphic Agency’s parent organization.)

“The country has become more polarized. And social media is a bad place to unearth new perspectives,” Charendoff said. “Could we create a neutral platform that could afford to present different points of view that are controversial? My vision was this journal.”

He said he tapped Stephens, who has written a biweekly column for the New York Times since 2017, because he trusts Stephens’ ability to produce a high-quality product that’s not beholden to a single point of view.

“I view Bret as center-right,” Charendoff said. “He has been such a public anti-Trumper so I am not sure the right embraces him. He’ll ensure good quality writing and a diversity of opinion.”

As a former editor-in-chief of the Jerusalem Post and a longtime hawk on foreign affairs, Stephens is known for his pro-Israel advocacy. The hiring of Stephens by the New York Times in 2017 drew intense criticism over some of the columnist’s previous writing, in which he cast doubt on the reality of the climate crisis and called anti-Semitism a “disease of the Arab mind.” In 2019, he was accused of promoting a racist and discredited theory known as eugenics for a column about Ashkenazi Jewish intelligence. His columns deal with foreign policy and domestic politics from a conservative angle.

Stephens noted that his role with Sapir is to commission work from authors and to frame each issue with an introduction, but not to write any of the essays. He said he maintains full editorial control over the content of Sapir.

Stephens’ relationship with Maimonides, a charity structured as a company with no requirement to disclose where its money comes from or where it goes, dates at least to August 2019, when he chaired a Maimonides-sponsored gathering of media figures from Israel and the United States at Oxford University. The gathering was convened under the expectation that participants not disclose what is said.

According to materials from the summit reviewed by JTA, the summit featured session titles like “Ideology and Islamism,” “The conflict in Israel-Diaspora Relations,” and “The Politicization of Antisemitism.” Stephens’ co-chair for the event was former Israeli lawmaker Einat Wilf, who is a hardline defender of Israeli policies, and the two-dozen participants included mostly right-leaning commentators, journalists and scholars.

The final panel of the three-day event was co-hosted by Stephens and titled, “What is the Role of Private Philanthropy in Helping this Conversation Continue?”

News of Stephens’ involvement with the Maimonides Fund comes soon after a different New York Times columnist was accused of a conflict of interest and amid internal conversations at the newspaper about how to handle its employees’ outside engagements.

The conflict allegation came after Buzzfeed News reported that columnist David Brooks’ position at a think tank was paid for by Facebook, a financial arrangement that was not disclosed to readers in related columns. Brooks subsequently resigned from the think tank.

Two weeks later, the Times announced to staff new rules on accepting work on outside projects, according to an email reviewed by JTA.

“We have long supported Times journalists’ ability to participate in these outside projects, and in some cases earn outside income, as long as they align with our ethics policies, standards and business strategy, and are signed off on by managers and the Standards editor,” reads the email signed by executive editor Dean Baquet.

The email said the new policy comes in part as a response to the proliferation of opportunities by Times staff to participate in outside multimedia projects.

“But as the number and variety of outside projects have grown, we have heard reasonable questions as to whether our policies are always being applied fairly or consistently. Journalists have also expressed confusion as to how to navigate getting projects approved and ensure they’re operating in accordance with our guidelines,” the announcement said.

Stephens said the Times is aware he’s editing Sapir and that he anticipated no conflicts.

“Given the format (a journal of ideas), style (long-form ‘think pieces’), themes (Jewish dilemmas of various sorts), and purpose (helpful ideas for Jewish leaders), I do not think there is any overlap with subjects I might plausibly cover for The Times,” Stephens said in an email. “If there is, I would certainly disclose and discuss it with my editors.”