(JTA) — A mere 43 years after her death, Golda Meir is ready for her close-up.

Just a month after it was announced that the Israeli star Shira Haas would portray Meir in a TV series, The Hollywood Reporter revealed this week that Oscar winner Helen Mirren would portray Israel’s only female prime minister in an upcoming biopic.

While Haas, who is best known for her star turn in the miniseries “Unorthodox,” is Jewish, Mirren is not. But she did win international acclaim (and the Academy Award) for her performance as another historic leading lady: England’s Queen Elizabeth II in 2006’s “The Queen.”

It won’t be the first time that Meir has been portrayed in a big production. But Israeli prime ministers beyond Meir haven’t exactly hogged screen time in Hollywood productions over the years, even with the rash of Israeli-themed content that has flourished on Netflix and other streaming platforms over the past decade.

Here are seven other stars — Jewish and non — who have played Israeli prime ministers. 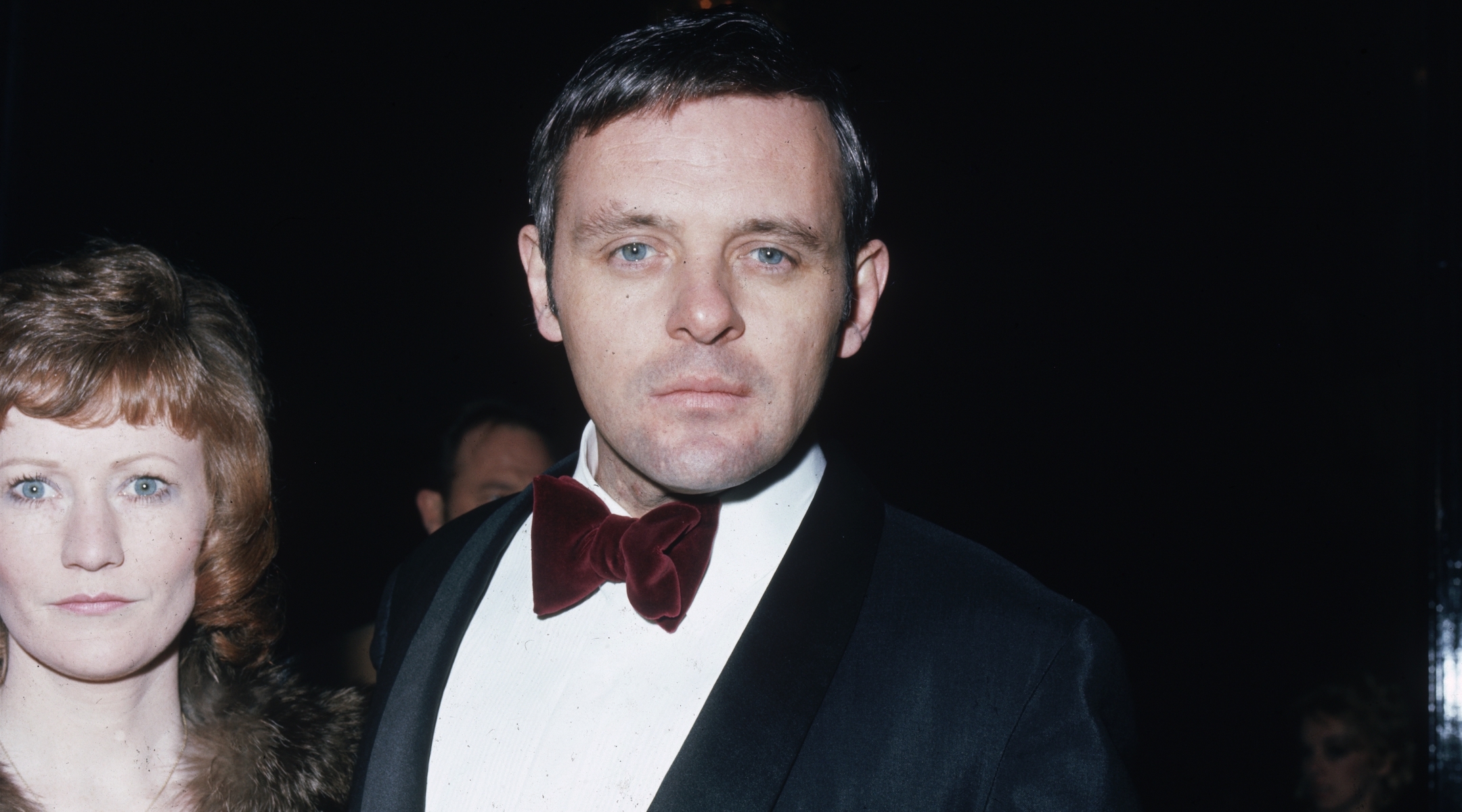 Anthony Hopkins at the Society of Film and Television Arts awards, later renamed the BAFTA awards, at the Royal Albert Hall in London, 1973. (Fox Photos/Getty Images)

“Victory at Entebbe,” a TV film that aired on ABC, was the first of three 1970s movies based on the Israeli army’s rescue mission of over 100 hostages from a Ugandan airport in 1976. (Another was made in 2018 — see below.) Palestinian terrorists hijacked a plane that was heading from Tel Aviv to Paris and held nearly 250 hostages for a week before Israeli commandos flew in on a July night, killing the Palestinians and dozens of Ugandan soldiers who supported the hijacking.

The cast was loaded with big names. Hopkins, then 39 and better known in his native United Kingdom, portrayed Rabin, who was in his first term as prime minister. Richard Dreyfuss played now-Prime Minister Benjamin Netanyahu’s brother Yoni, who died in the raid; Kirk Douglas and Elizabeth Taylor were a Jewish couple and the parents of a daughter played by Linda Blair; and Burt Lancaster was featured as Shimon Peres, then Israel’s defense minister. The director was Marvin Chomsky, a Jewish Emmy winner and cousin of the famed linguist and political theorist Noam Chomsky. NBC’s TV movie version of the story aired a month later, in January 1977, with far fewer stars in the cast.

Still, the movie has gone down as the final film in the acclaimed career of Peter Finch, who was the only actor at the time to posthumously win an Academy Award, for his lead role in 1976’s “Network.” Heath Ledger would be similarly recognized three decades later as a supporting actor in “The Dark Knight.”

Five days after “Raid on Entebbe” premiered, Finch died of a heart attack at age 60. 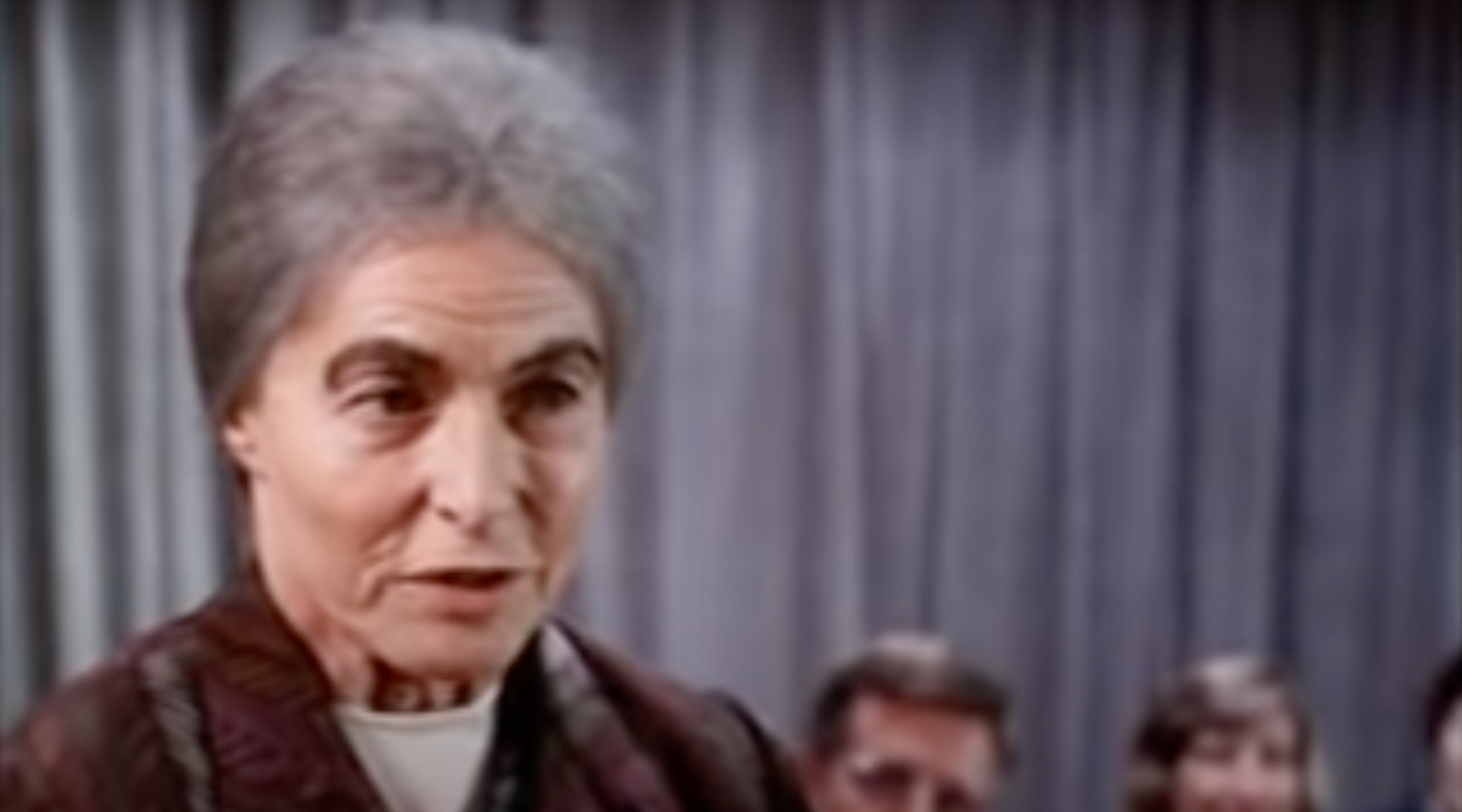 Ingrid Bergman as Golda Meir in “A Woman Called Golda,” 1982. (Screenshot from YouTube)

Sadly, Finch’s role was not the only performance on this list to be posthumously praised.

The legendary Bergman’s last acting role was as Meir in the syndicated TV movie “A Woman Called Golda,” a biopic about her improbable rise to power. The film was released in April; Bergman died of breast cancer in August.

The following year she was awarded the Emmy for best actress in a miniseries or TV special and a Golden Globe in a similar category. Her daughter Pia Lindstrom accepted the trophies.

The Jewish actor Leonard Nimoy also was nominated for an Emmy for his performance as Morris Meyerson, Meir’s husband who died in 1951. 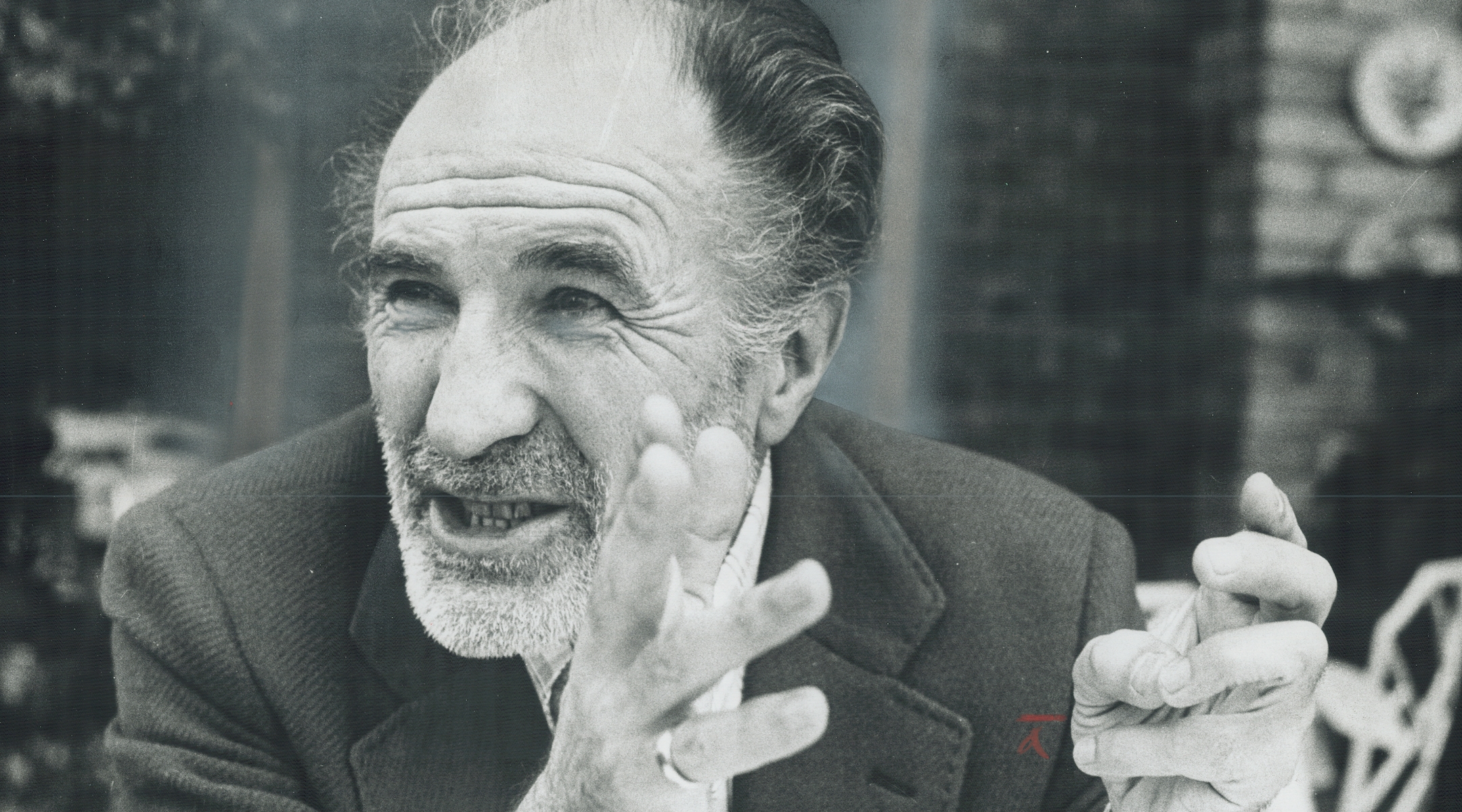 Morse was an often overlooked English actor who had thousands of credits to his name, many of them TV appearances. The most well-known was a starring role on the 1960s crime drama “The Fugitive.”

Here he played Begin, Israel’s sixth PM, in a two-part, four-hour made-for-TV movie about the life and changing political philosophy of Egyptian President Anwar Sadat, who had been assassinated in 1981, just two years after striking a historic peace deal with Israel. The movie follows Sadat from the Yom Kippur War he helped wage to his peace negotiations with Begin, which led to a treaty in 1979.

Egypt banned the film, not appreciating the casting of a Black non-Arab actor, Louis Gossett Jr., as Sadat, in addition to its overall portrayal of the nation’s late leader. 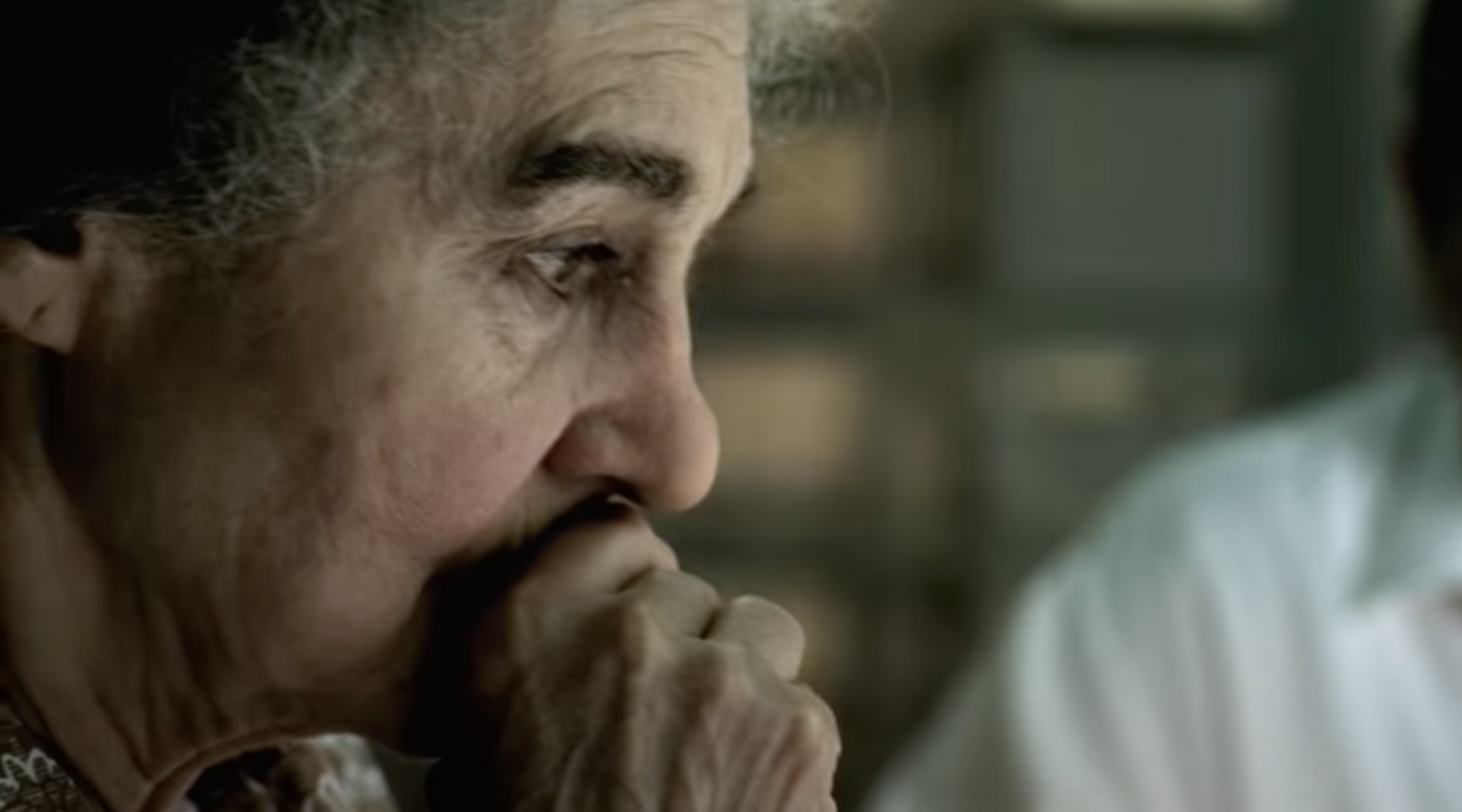 Lynn Cohen as Golda Meir in a scene from Steven Spielberg’s “Munich,” 2005. (Screenshot from YouTube)

One of Steven Spielberg’s most lauded films, “Munich” dramatized (and somewhat exaggerated) the story behind the Mossad’s mission to exact revenge for the Munich Massacre at the 1972 Olympics, in which Palestinian terrorists tortured and killed 11 Israeli athletes and coaches.

Among the star-studded cast (Eric Bana, Daniel Craig, Ciaran Hinds) was Cohen, a lesser-known Jewish actress, as Meir. Cohen also played the recurring character Magda on “Sex and the City” and starred in the recent horror flick “The Vigil,” which features Yiddish and centers on an Orthodox ritual gone wrong. 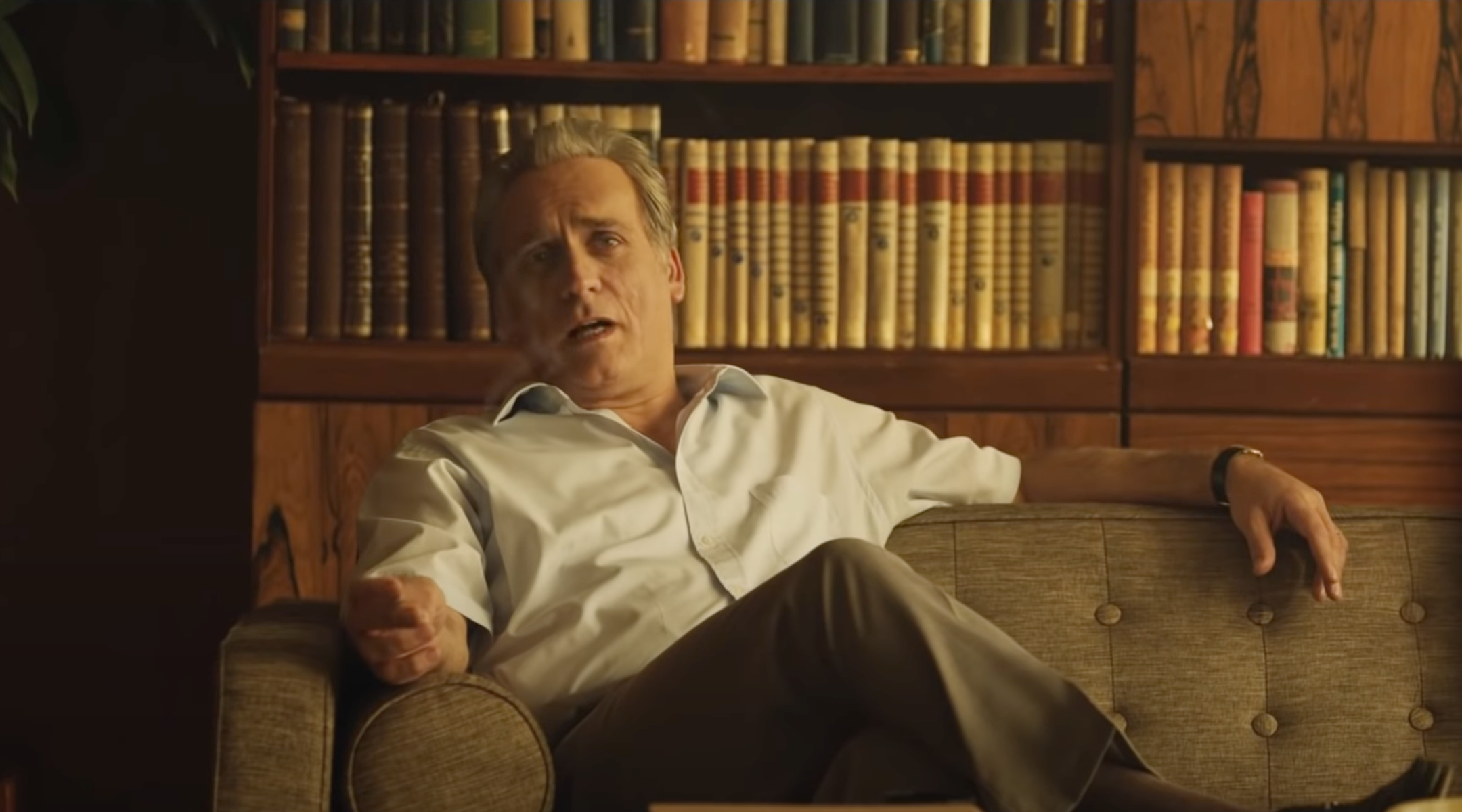 This widely criticized version of the Entebbe story focuses on the conflicted experiences of the two Germans who allied with Palestinian terrorists to hijack the Paris-bound plane, played by Rosamund Pike and Daniel Bruhl.

Rabin is portrayed here by Ashkenazi, a veteran Israeli actor who in recent years has broken out internationally after being a star for decades in his native country. He played a prominent role in the epic Israeli series “Valley of Tears” about the 1973 Yom Kippur War and streaming on HBO Max. 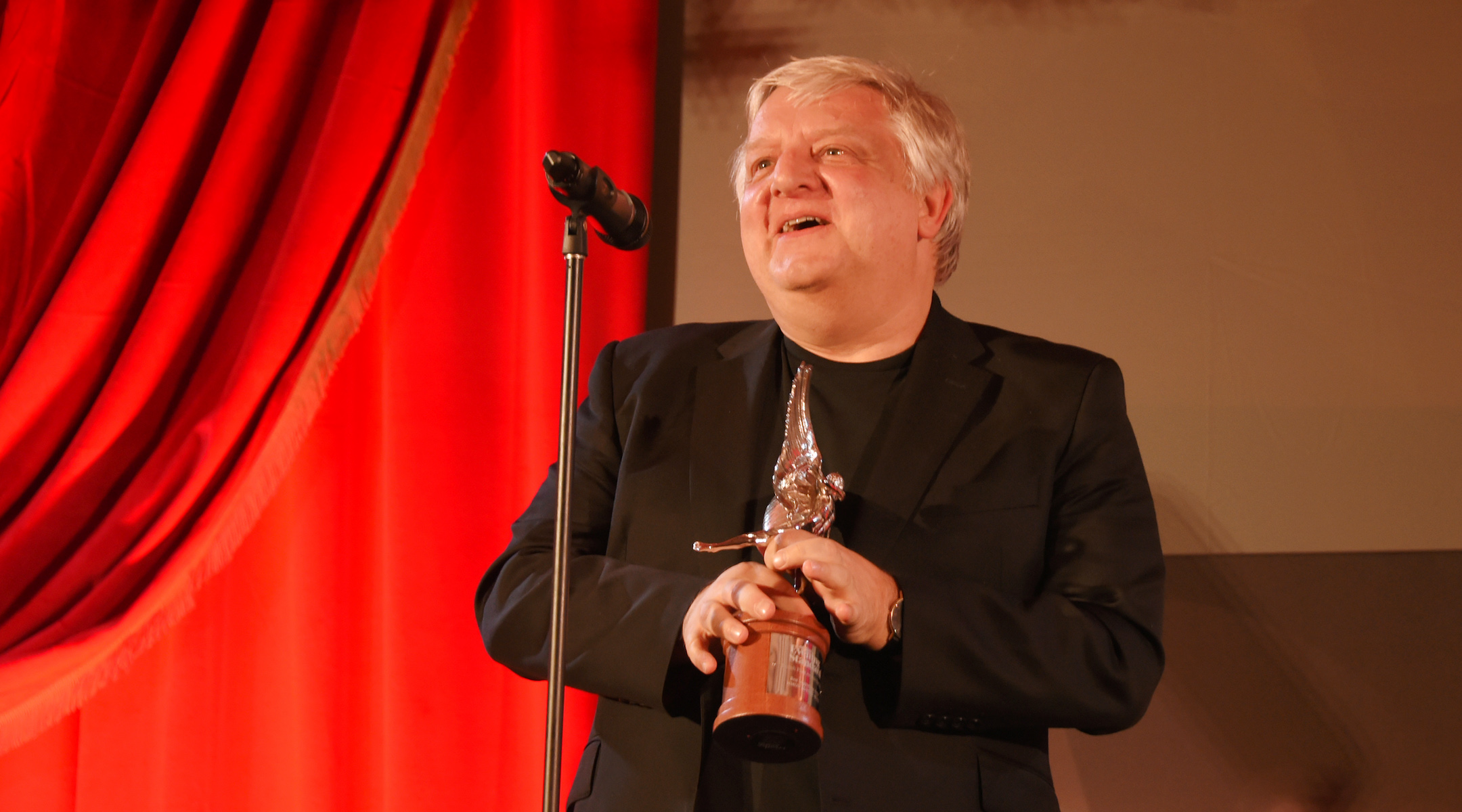 Since the 1980s, Beale has been known as one of the U.K.’s finest theater actors, but he has seamlessly transitioned into Hollywood roles over the past two decades. He’s been in dramas such as “The Deep Blue Sea,” “My Week With Marilyn” and “The Death of Stalin.”

In 2018 (a year strangely packed with Israeli commando thrillers), Beale played Ben-Gurion, Israel’s first prime minister, in “Operation Finale.” The film follows the Mossad’s efforts to track down the infamous Nazi mastermind Adolf Eichmann, who by 1960, the year the film is set, had escaped Europe to hide in Argentina.

Ben Kingsley played Eichmann, but the Oscar winner and Beale couldn’t stave off the critics, who panned the film.