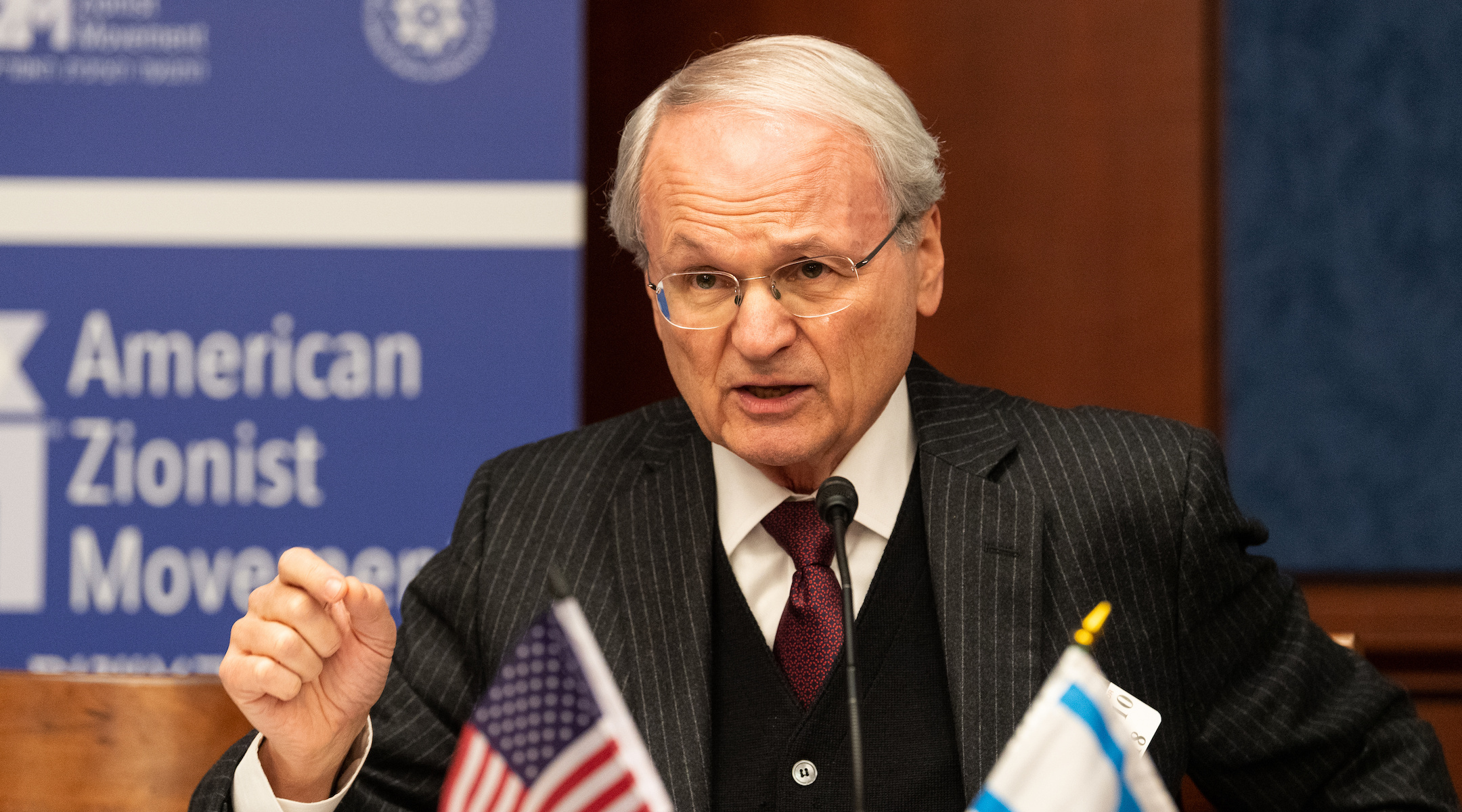 (JTA) — Seven months after being asked to kick out a group over allegations of racism, the board of directors of Boston’s leading Jewish coalition has come to a conclusion: Yes, the group’s president “elevated white supremacist voices” — but it shouldn’t be ejected.

That’s the recommendation of an internal report issued last month by the leadership of the Jewish Community Relations Council of Boston, which includes dozens of local groups and community members representing virtually every local Jewish constituency.

In September, the JCRC tasked a committee with evaluating the Zionist Organization of America, whose national leader, prominent right-wing activist Morton Klein, was accused of “vicious attacks” on social media against “minorities, people of color, Palestinians, and fellow Jews.”

After scrutinizing Klein’s social media record, the committee found that he had amplified white supremacy and sowed distrust about the U.S. election results. The panel is proposing a new guideline that could make such comments grounds for expulsion, but also said that expelling ZOA’s local affiliate right now would work against the council’s interests.

“Given that ZOA is a longtime member of the Council, has a long history as an influential national organization, and continues to represent a meaningful segment of the Boston Jewish community, and given that JCRC seeks to represent a broad swath of the Boston Jewish community and its disparate views, there was consensus that, despite the concerns summarized above, expulsion at this time would not serve the interests of JCRC or the broader Jewish community in Boston,” according to the report, which the Jewish Telegraphic Agency has obtained.

That recommendation will go before the entire council for a vote on April 27. The body that will decide whether to expel ZOA is made up of JCRC member groups and community representatives, as well as the organization’s officers, board of directors and past presidents. They will have to decide whether the report’s logic is compelling, or whether they want to overrule its recommendation and risk alienating part of Boston’s Jewish community.

Jeremy Burton, the council’s executive director, declined to comment on the report, saying that he wanted to assure that members could “make independent, unbiased decisions based on the facts and recommendations before them.” But he said he was “confident that both the process for developing the resolutions and for member review and vote has been sound and in keeping with our stated protocols.”

The report details Klein’s tweets before and after the complaint against him was filed in September. It calls attention to several posts that the committee concluded were objectionable. For example, Klein had retweeted former Congress member Steve King, who was driven out of office by his own Republican Party over comments defending white nationalism.

Klein had also boosted conspiracies about George Soros, a liberal philanthropist and leading boogeyman for anti-Semites, according to the report. And the report faulted Klein for having “questioned legitimate and well-established election results” following the 2020 presidential vote and the Jan. 6 attack on the U.S. Capitol.

Idit Klein, the head of one of the groups that brought the original complaint, said the report’s recommendations do not follow from its assessment of Morton Klein’s online behavior. (The two Kleins are not related.)

“It was certainly affirming to see that the report included numerous findings that echoed findings in our petition,” said Idit Klein, the president and CEO of Keshet, a group for LGBT Jews. “We thought that the report read like an indictment of ZOA, and I’m disappointed that they are not endorsing the call for removal.”

For his part, Morton Klein rejected the complaints against him and said he stood by all of his social media activity that was examined.

The JCRC’s investigation is not the first time that Klein’s comments have caused Jewish organizations to weigh his participation. After Klein vilified Black Lives Matter protests inspired by the killing of George Floyd last spring, liberal members of the Conference of Presidents of Major American Jewish Organizations called to expel the ZOA.

After months of debate, the Presidents Conference essentially decided that it would not make a decision about ZOA’s membership, citing in part the fact that the investigation had inflamed divisions within the organization.

That decision was revealed the same week in September that 25 members of the JCRC council in Boston filed a petition saying that the local chapter of Klein’s organization should be removed from the council for undermining the JCRC mission statement, which speaks of promoting democracy, pluralism and justice. The signatories were a mix of local organizations and affiliates of national mainstream and left-wing groups including Keshet, Hillel and the liberal pro-Israel lobby J Street.

The petition triggered a review process by the Boston JCRC’s membership committee. From September to March, the committee interviewed people on both sides of the issue, gathered documents and analyzed the council’s bylaws. ZOA also filed a response that focused on J Street’s involvement and defended Klein’s comments as legitimate criticisms of what it said were “antisemitism and Israel-bashing” by Black Lives Matter campaigners.

The committee also inquired about the size of ZOA’s local constituency, which must number at least 200 to qualify for representation at the JCRC, and concluded there were enough members.

“The local and national ZOA representatives confirmed that the local group has 400 dues-paying members, who organize an active calendar of activities,” the report said.

The board of the Boston JCRC endorsed the recommendations during a meeting on March 22.

It is not the first time that Boston’s JCRC has been riven by debate over whether a member group has exceeded the boundaries of what is acceptable.

In 2018, the Workers Circle, a left-wing member of the council, signed a statement by Jewish Voice for Peace, a group that is not on the council and is known for its pro-Palestinian activism and support for the movement to boycott Israel. Following an uproar, the JCRC of Boston passed a resolution prohibiting members from partnering with anti-Zionist groups. The Workers Circle remains part of the JCRC and signed the petition about ZOA.

For Idit Klein, the current episode brings to mind an even earlier debate. She said that some of the opposition to the removal of ZOA stems from fears that such a move would harm the unity of the community. Similar concerns were expressed in 2004, Idit Klein said, when the JCRC was considering making Boston the first Jewish community in the United States to endorse same-sex marriage.

People thought endorsing same-sex marriage “would cause the community to irreparably splinter,” Idit Klein said. “It may be hard to conceive of this today, but the debate was intense and emotionally fraught and painful. There was a long time to get to the point that there was anything close to consensus.”

She said she is motivated by how history turned out in that situation and predicted that even if the ZOA is not expelled now, a proposed guideline that members should not “normalize or legitimize” white supremacy and related conspiracy theories might lead to an expulsion down the line.