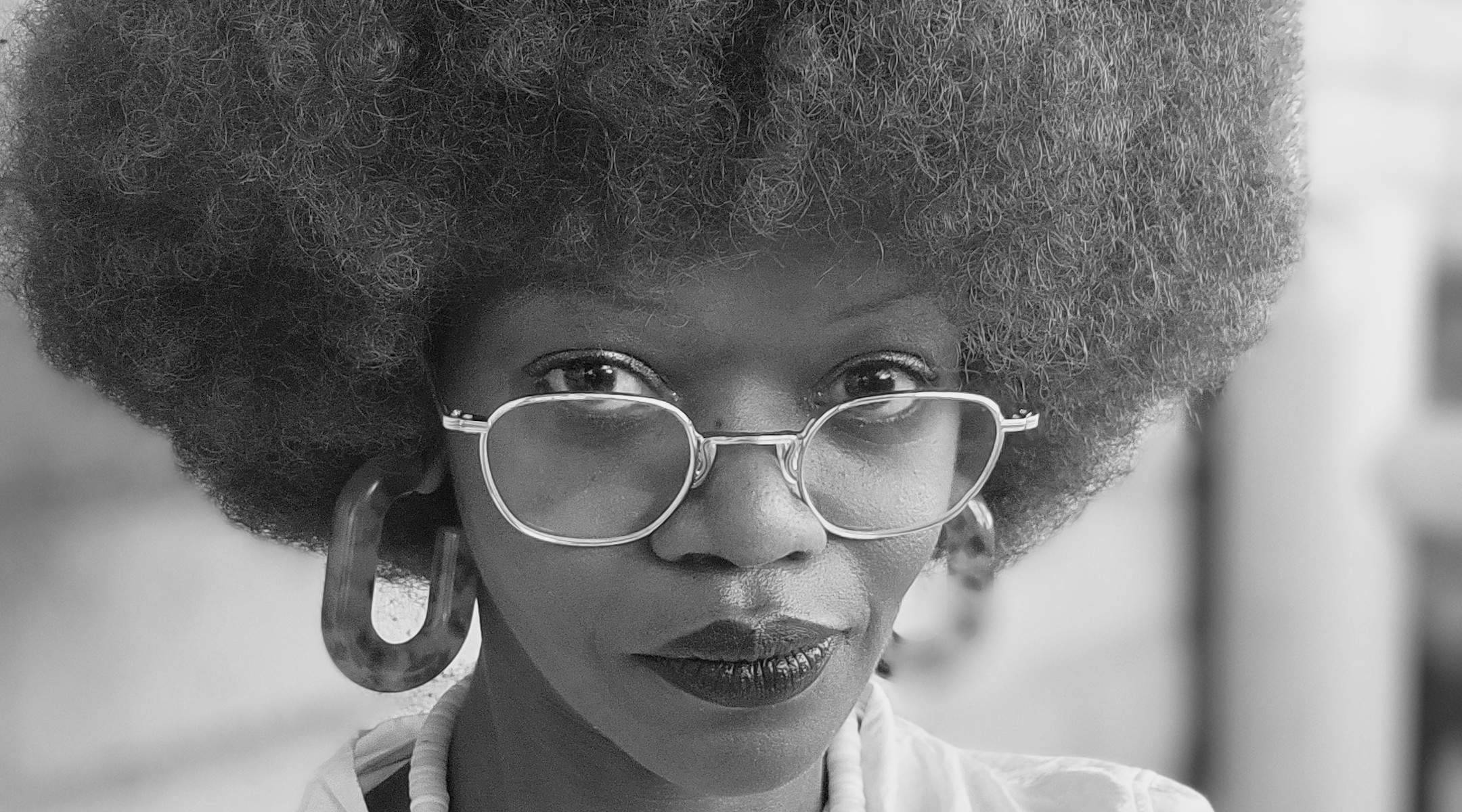 (JTA) — Gugulethu Moyo’s speech this week at a conference for staff members at American Jewish museums was supposed to help chart an optimistic future for the field.

Moyo had planned to talk about how to cultivate leaders from marginalized groups in museums, drawing on her experience as the first Jew of color to head a Jewish museum, on a panel Wednesday called “Space Makers and Risk Takers.”

Instead, she felt compelled to share some surprising news with her audience: She had just resigned as the executive director of Tucson’s Jewish History Museum.

“I told them, ‘I can’t talk about that because I was unable any longer to make space for me,’” Moyo told the Jewish Telegraphic Agency.

Moyo’s resignation on Monday capped a period of increasing acrimony between her and the Jewish History Museum’s board. Six months after the museum’s board unanimously selected Moyo to lead the museum, Moyo is publicly accusing the board of dysfunction fueled by racism and sexism — and the board is threatening to sue her for allegedly leaking private information.

Moyo’s resignation came three days after the board gave her 72 hours to own up to unspecified mistakes as a condition of continuing to work together.

Moyo told JTA that she is seeking accountability for having been overworked, underpaid and undermined — a workplace dynamic she says resulted from ingrained prejudices against her, a Black woman, that prevailed among white male board members. She also said that in trying to improve record-keeping about donors and to properly archive oral history interviews with Holocaust survivors, she was blamed for deficiencies that existed before her arrival.

“I faced gender discrimination and racism, and it was a toxic environment with the board never letting me run the organization I was hired to run,” Moyo said. “I was not treated as a leader.”

Speaking through a public relations firm, the incoming board chair of the museum, Eric Schindler, the CEO of a local social services nonprofit, rejected Moyo’s allegations of racism and sexism.

“Our organization is dedicated to justice in all aspects of its operations and community outreach,” Schindler said in a statement.

Schindler declined to comment on Moyo’s performance as executive director, saying it’s a confidential personnel matter. But on Wednesday, two days after Moyo submitted her resignation by email, the board’s attorney sent her a letter that outlines several instances of what the board says represented misconduct.

The letter accuses Moyo of mishandling the hiring of several employees; two employees were not added to payroll and weren’t given tax forms to fill out, according to the letter. (Moyo says she had informed the board about the paperwork problem to ask for help and that she got no support addressing the “staffing crisis” she had inherited.) The letter also accuses Moyo of working to “use confidential JHM materials to pursue a negative publicity campaign,” rescinds an offer for a 90-day payout and threatens a lawsuit if Moyo does not fulfill multiple conditions, including surrendering museum communications and records.

The museum’s operations director since 2019, Moyo was selected last November to succeed an executive director who had turned the institution into an important voice in the community connecting the memory of the Holocaust to contemporary issues of injustice. 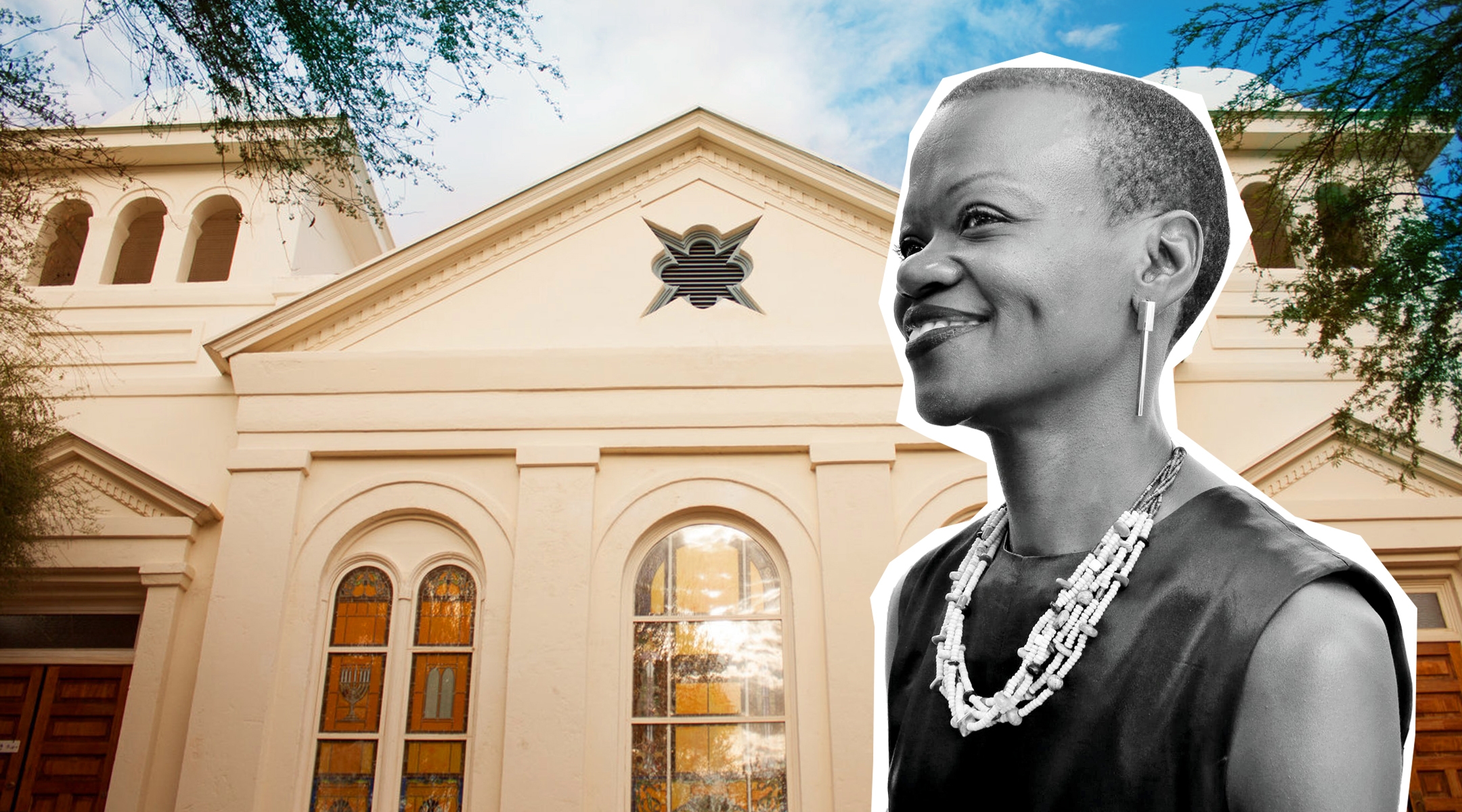 As a survivor of genocide in Zimbabwe who went on to build a career as a human rights activist and lawyer on three continents, Moyo was seen not only as an impeccable hire to carry on the museum’s vision but also as a bearer of racial progress for the Jewish community as many of its institutions attempt to increase their diversity. She pledged to use her position to fight racism, especially in the wake of last year’s Black Lives Matter protests.

The board was initially her ally. Upon the announcement of her hiring, Schindler praised Moyo, citing her unique background and accomplishments. Two months later, in an extensive profile on Moyo and her vision for the museum, the president of the museum’s board, Barry Kirschner, said, “Gugu has the most remarkable biography I have ever seen in an applicant for a position.”

And when two major donors — Wayne and Amy Gould, whose family name was on the museum’s Holocaust History Center — took issue with Moyo’s approach, Schindler backed her.

In January, the Goulds demanded that their family name be removed from the Holocaust center because Moyo had refused to accept their interpretation of the center’s mission. In the wake of the murder of George Floyd, she had sought to connect historical Jewish persecution to Floyd’s death and other flashpoints of special significance to African Americans.

“The core work is to continue with the mission of the museum, which is to tell the story of Jewish experience in this particular region and also to place our history alongside the history of others, to make connections between the things we have experienced as Jews, with the experience of others in our wider community,” Moyo said in an interview around that time.

Wayne Gould told JTA he and his wife were simply asking that Moyo refrain from making political statements on behalf of the museum.

“I saw a presentation from the center about bail bonds and I’m thinking, ‘What does that have to do with Holocaust education?’” Gould said. “We donate to anything that helps educate people about the horrors of the Holocaust as long as it is apolitical.” 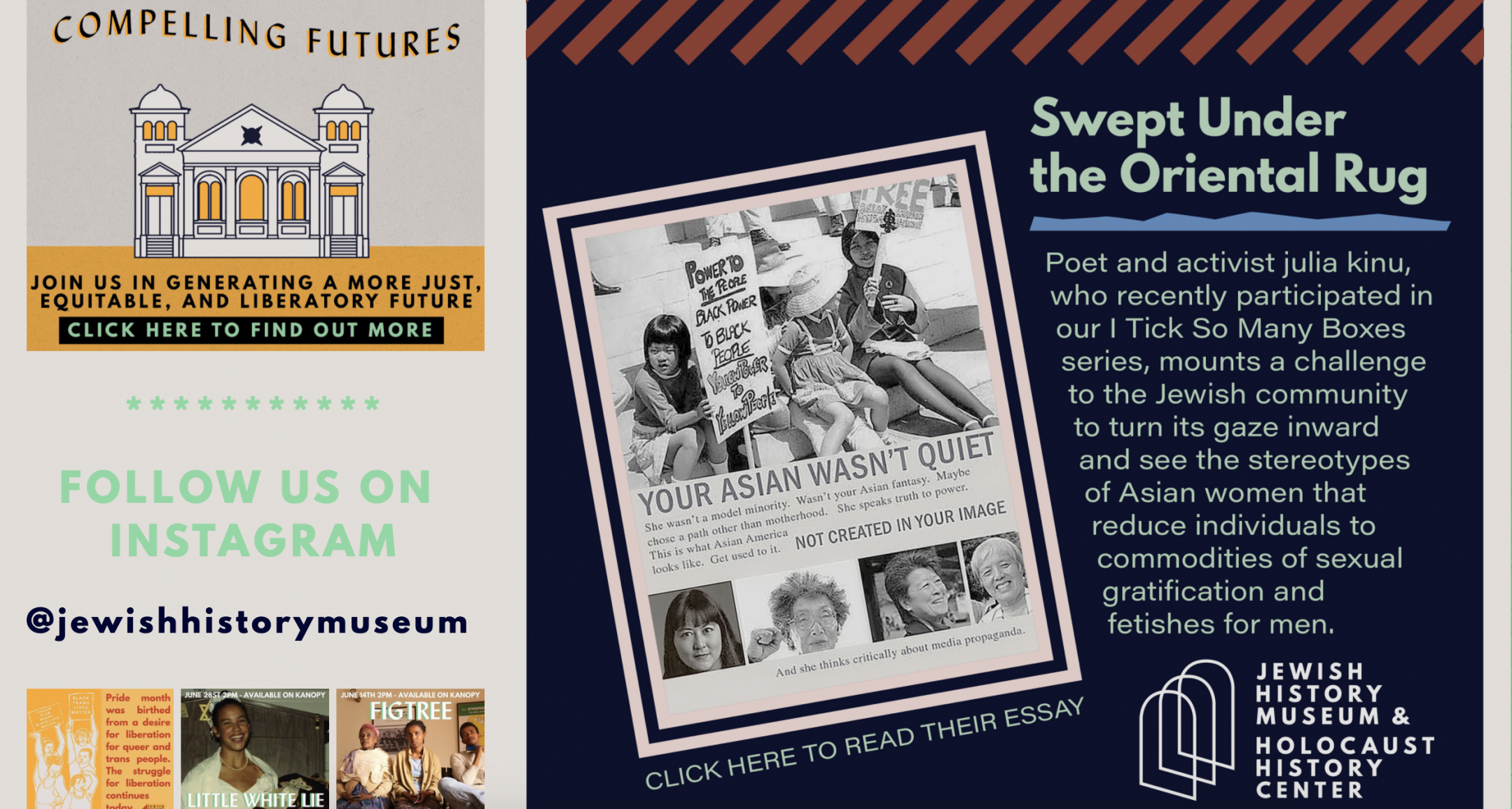 A screenshot of the Jewish History Museum’s website offers a view of some of the exhibits staged during Gugulethu Moyo’s tenure.

Moyo interpreted the Goulds’ objections, outlined in emails that called for the urgent removal of the sign with their family name, as evidence that they did not support her leadership.

“They didn’t like having to focus on racial justice, but that’s what the museum does,” Moyo said, adding that her predecessor, who is a white man, had not been questioned about his curatorial vision in the same way, even as he, too, tied contemporary issues to historical antisemitism.

Moyo said she felt bullied by the Goulds and that she reported her interactions with them to Schindler, the board chair. Initially, Schindler was a source of support, Moyo said, citing an email in which he acknowledged her experience.

“I am so sorry you had to endure that mistreatment and am happy to talk with you whenever,” Schindler wrote to Moyo on Dec. 11. “We will never make such a mean person happy with us and we should have no interest in a foolish attempt to placate them.”

Schindler also agreed with Moyo that the Goulds’ values are not aligned with those of the museum and that their money was not wanted.

“I don’t want their donations with such conditions and I am happy to be part of a Zoom to speak frankly and tell them our truth,” he wrote to Moyo. “This is like when organizations choose to reject money from tobacco or gun interests The museum is stronger and healthier ultimately without such abusive people in our midst.”

But several months later, Moyo felt alienated from Schindler over what she saw as offensive and rude behavior. A tongue-in-cheek comment he had meant as a compliment, for example, was received by Moyo as an inappropriate joke about her past trauma. A board member who witnessed the exchange sent an email to Schindler castigating him for making an “appalling” mistake.

Soon, Moyo was demanding an outside investigation into the board’s conduct, and complained that her labor was being extracted from her to the point of abuse. In increasingly tense emails, she brought up past instances in which she was compelled to clean toilets and work weekends, for example.

“Has it occurred to you and the rest of the JHM board that I am a human being and I cannot work 24/7 even if I could be adequately compensated for giving all my waking hours to JHM business?” she wrote to Kirshner, the museum’s president, on April 22. “I never thought I would have to say this at work, but it seems necessary to say this to you: Slavery was officially abolished in the USA quite some time ago.”

Moyo attributed the deterioration in relations to her background and the pressure she was putting on the museum to change.

“‘People were excited about having a Black woman leader in particular,” Moyo said. “And then there was the reality of handing over the power of this institution that is still very white.”

What happened at the museum — a well-intentioned hiring of a Jew of color that ends in misunderstanding and acrimony — is not uncommon, according to Jewish nonprofit consultant April Baskin, who was not aware of the specifics of the situation.

Part of Baskin’s job involves educating her client organizations about the deep and systematic changes that are needed before their diversity goals can be achieved. Hiring people of different backgrounds is not enough because in most cases, other staff and board members are stuck in narrow modes of thinking, she said. When it comes to race, for example, they tend to be “color blind,” meaning that they might paper over differences rather than addressing them head on.

“This problem is playing out right now and it is a huge point of tension and growth for our community,” Baskin said. “I work with organizations to move them into a global or multicultural mindset.”

She trains people to question the neutrality of their own perspective when they communicate with others.

“They need to at least know to pause and ask, ‘Might this course of action adversely impact Black people?’ or say ‘I’m not sure, maybe this messaging isn’t going to land with women in the same way. Let’s check before proceeding,’” Baskin said.

The Jewish History Museum’s board will not have to contend with the same issues of race with its new executive director: On Friday, the museum announced that Michelle Blumenberg, who is white and had been executive director of the University of Arizona Hillel Foundation, would assume the position on an interim basis.

With no mention of the internal rancor, the announcement said the museum is “very grateful” to Moyo for her service.

“Under Gugu’s leadership, and despite a pandemic, the museum continued its commitment to advancing social justice and was able to offer a variety of innovative and educational programming,” the announcement said.

For her part, Moyo intends to continue to have a role in the Jewish museums field, even though she does not know what job she will hold next. The day after she tendered her resignation in Tucson, she was accepted as a board member of the 70-institution Council of American Jewish Museums during the group’s annual conference, this year titled “Upheaval” as an allusion to its focus on how participants were adapting to recent societal convulsions.

“Gugulethu has been an important voice in our conversations about museums and their communities, “ Melissa Yaverbaum, executive director of the Council of American Jewish Museums, said in an email. “As Jewish museums and CAJM work to understand and promote inclusion in museums, we are very pleased that she has been elected to our board.”