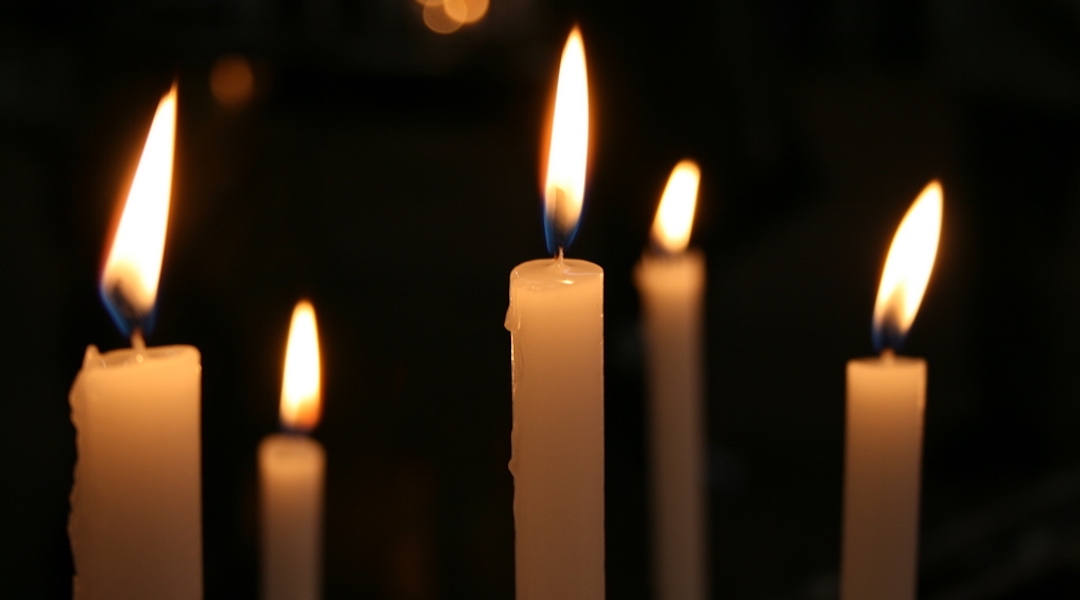 (JTA) — Rabbi Paul Kipnes watched helplessly as 11 of his congregants died over the span of 11 days in January from COVID or COVID-related illness. The losses — along with another five congregant deaths that same month — compelled him to pour out his grief in a blog post titled “After 11 Deaths in 11 Days, I Had it Out with God.”

“I’m so angry. At You, All Powerful One,” Kipnes wrote. “God damn You, God! … What kind of Divine develops a world defined during the 21st century by the deaths of so many people?”

Kipnes, spiritual leader of Congregation Or Ami in Calabasas, California, said these last few months were “the most intense” in his 20-year career. In addition to having to grieve for those in his congregation taken by COVID, he was also mourning the loss of his own mother, Linda.

In his piece, which took the form of an imagined dialogue with the Almighty, he allows God to defend Himself and eventually comes back around.

But Kipnes said he and fellow Rabbi Julia Weisz couldn’t handle the weight of this communal grief by themselves. They consulted social workers and therapists “to get us through the stresses and pressures we were facing. And we consulted with spiritual directors – rabbis – who asked us to answer the theological question of where was God during this painful moment.”

Reeling under a staggering number of deaths, many synagogues across the country have created support groups and memorial services, hired social workers and pursued other initiatives to help congregants cope with the losses.

Kipnes, Weisz and Cantor Doug Cotler, for instance, developed an online memorial service for congregants whose loved ones died elsewhere or who had only been able to have 10 people attend the funeral.

“These memorials became powerful moments of memory,” Kipnes said. “We had people from all over the world attending. In fact, when the COVID quarantine ends, I think people will continue with online memorial services. They are spiritually uplifting because a large number of people can’t fly out, but they can Zoom in.”

In Los Angeles, the surge of COVID-19 infections got so bad in December that Sinai Temple shut down all outdoor services and activities until the first week of March.

“The ICUs were overflowing and our congregation was hit hard both physically and mentally,” recalled Nicole Guzik, the associate rabbi. “We lost several congregants who died from COVID and many, many relatives of congregants. … It has taken an emotional toll.”

To address the mental health needs of the congregation’s 1,800 families, Sinai Temple is hiring a full-time mental health practitioner to create COVID anxiety groups for members, provide emotional support to the clergy, connect those who need it with mental health services in Los Angeles and help those suffering from anxiety to reenter the world. To congregation leadership, such a hire is the best way for them to help their members now and in the future.

“In the next five years we are going to feel the impact of loneliness, anxiety, isolation and depression,” Guzik said. “Many people with mental health conditions come to the synagogue for help.”

A smaller congregation with fewer resources, Congregation Beth Tikvah in Marlton, New Jersey, also realized the necessity of bringing in a social worker. To do so, it partnered with the Jewish Family & Children’s Service of Southern New Jersey in nearby Cherry Hill to bring in a social worker whose work at the synagogue would give her the clinical field training needed for her master’s degree.

About 70 families have asked for the social worker’s services, said Nathan Weiner, a Reconstructionist rabbi who leads the 250-unit Conservative congregation. The social worker also writes a monthly article for the congregation on mental health and mindfulness, and runs a 15-minute mindfulness meditation on Zoom. Congregants can also sign up for a 45-minute session one on one with her on Zoom. And she has co-facilitated an isolation support group for seniors who live alone.

Synagogue bereavement groups are also playing a more important role than ever. Sinai Temple is restarting theirs, and new ones are popping up, including at B’nai Torah Congregation in Boca Raton, Florida, a 1,200-family synagogue that lost five congregants or their close relatives to COVID-related suicide in the past four months. B’nai Torah is also working with a social worker from Jewish Family Services.

“The unique challenge of experiencing a loss during the pandemic is that family members cannot be at the hospital or nursing home to say goodbye,” said Michele Scher, the congregation’s social worker.

And because travel was restricted, congregants often were unable to attend distant funerals or to “experience the kind of grieving process and closure you have when there is not a pandemic,” she said, noting that all shiva visits were canceled and replaced by Zoom.

“Online is not a replacement for in-person, but it is a good alternative versus not having any support at all,” Scher added. “It is still supportive and helpful, and it is more accessible and convenient than it is sometimes in person. … Maybe down the road, when people are unable to attend a loved one’s funeral or shiva, Zoom will continue to be an option.”

There have been “too many COVID-related deaths to count” at Congregation Beth Israel in Houston, Texas, according to David Lyon, senior rabbi of the 1,600-family Reform congregation.

“Many of them were elderly people,” he said. “Given this past year, our programs have shifted to the needs of those who are spiritually and emotionally anxious, distressed and isolated. … Funeral homes couldn’t keep up and I had to tell families they would have to wait three or four days for the burial.”

As a result, the synagogue started several online bereavement groups led by Ph.D.s, psychiatrists and counselors. It also started online groups for those experiencing isolation, even offering marriage counseling sessions.

Now that things are starting to reopen, Lyon said online programs have begun dealing with the new anxieties associated with reentering the world, answering such questions as “Can we now hug or shake hands?”

“We created a video that shows where to walk when entering the synagogue we have not been in for a year,” Lyon said. “It shows where the handwashing station is located, where to pick up the prayer books, how to find their seat. … We are reentering a new world.”

One synagogue that launched early COVID-related support groups was Beth El Synagogue in New Rochelle, New York — site of the first COVID hotspot in the Northeast in March, April and May of 2020.

“We sent out 25 to 30 loss notices [in those three months] that were either from COVID or COVID-impacted,” recalled David Schuck, rabbi of the Conservative congregation. “I will never forget burying a member of the shul who had died of COVID. He had four daughters and three were there. The other had COVID, as did his wife. A week later I was back at the same spot to bury his wife.”

Among the support groups they started are those for isolated seniors, for parents of special-needs children and for hospital front-line workers.

JResponse, a program of the JCC Association of North America created to assist JCCs in crisis, worked virtually with JCCs in need as they reopened last year following the COVID shutdown.

“We encouraged them to do rededication ceremonies and provided them with booklets containing blessings, readings and activities,” said Mark Young, its director. “It was a way to mark the moment. And there were several JCCs that decided to mark the one-year anniversary of the onset of COVID. It was a moment to reflect on what was lost and to prepare for the journey ahead.”

But now as more and more Americans are vaccinated, Ed Feinstein, senior rabbi of Valley Beth Shalom in Encino, California, has begun looking ahead and reflecting on the trauma of the past year.

“We are talking of having a physical project to remember those we lost this year, something like the AIDS quilt,” he said. “I want to leave something for future generations to remember this year, this pandemic, the upheaval it brought, what we learned, how we were changed. It was one of the biggest events any of us ever experienced.”

It is unclear what the project will be. Feinstein said he has several artists working on it. But he said he envisions a “participatory piece of art that lots and lots of people in my community will be able to participate in. All of us shared the experience of the pandemic and we all need to have a piece of ourselves in this project.”