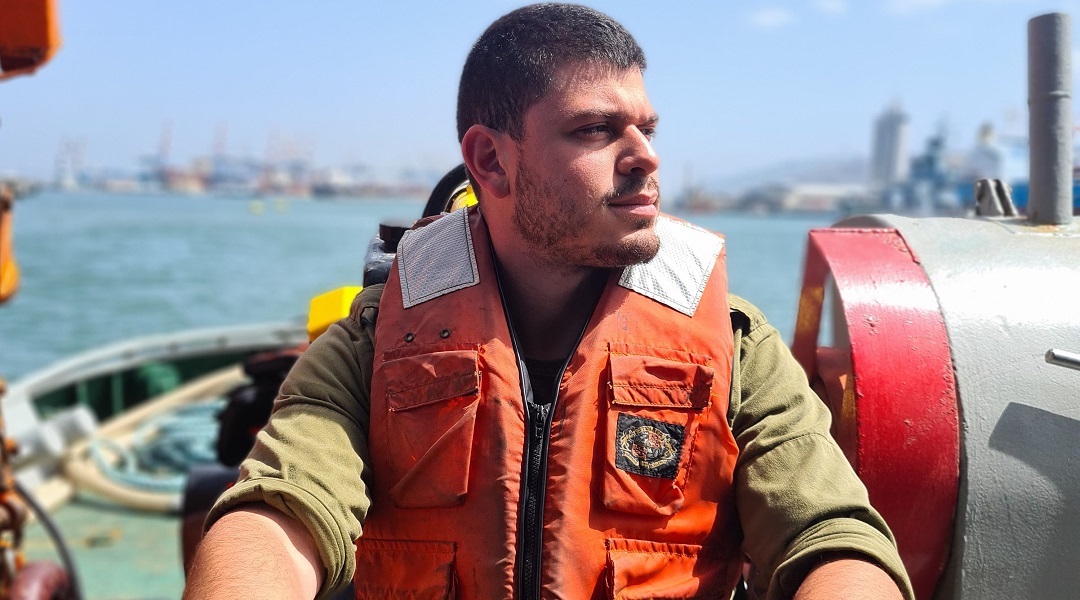 “My main goal is to honor my parents,” says Thiago Benzecry. (Courtesy of Benzecry)
Advertisement

RAANANA, Israel (JTA) — When Thiago Benzecry left his home in Brazil’s Amazon region to join the Israeli navy, he knew he was putting significant distance between himself and his family, in more ways than one.

He didn’t know it would be the last time he would see his parents in person.

Benzecry landed at Israel’s Ben Gurion Airport in July 2019 with plans to study Hebrew and then volunteer in the Israel Defense Forces. It was a path he could hardly have imagined as a child in Manaus, where his father was a renowned Pentacostal church pastor and his mother was a party planner who supported her husband’s work.

“I have never been afraid of my children’s future. Instead of giving a car when they turned 18, I always gave backpacks,” his father, Stanley Braga, wrote on social media to mark his son’s very first day in the Israeli military.

Just months later, Braga was dead, and so was Benzecry’s mother, Vladya Rachel Benzecry, both victims of the COVID-19 pandemic, during which Manaus became known to the world as a grim early hotspot in the Amazon rainforest. Braga was 49 when he died, his wife just 48. They had been married for 30 years.

In Israel, Thiago Benzecry mourned without any family nearby to support him. Shortly after his parents’ deaths, he would be vaccinated against COVID-19 as part of Israel’s pace-setting inoculation drive.

“I, the only one in my family not to contract the virus, am the first to receive the vaccine. What if they had had the same opportunity and the same conditions in Manaus? I felt a mix of relief and pain,” Benzecry told the Jewish Telegraphic Agency.

Benzecry’s story has captured the hearts of supporters in both Israel and Brazil. In April, he was featured on the cover page of a major Israeli newspaper. A video testimonial posted the next day on the Israeli Defense Force’s Facebook page garnered nearly 100,000 views, “likes” and supporting messages.

“My main goal is to honor my parents,” Benzecry told JTA from his bedroom in an immigrant absorption center in Raanana, the upscale Tel Aviv suburb known as Israel’s “Brazilian capital.”

Much sought-after by English- and French-speaking new immigrants, Raanana is home to some 300 Brazilian families and was recently declared a sister city with Rio de Janeiro.

The 23-year-old Benzecry is not so different from his new neighbors, whose families found refuge in Brazil for only a few generations before making it to the Holy Land.

Benzecry’s great-great-grandfather Jacob arrived in Brazil from Tetouan, Morocco, in the 1800s, as part of a wave of North African Jewish immigration. There he became the patriarch of a Sephardic dynasty in the Amazon.

“The Benzecrys are among the most traditional Jewish families in the whole Amazon region, playing a pivotal role in the local economy, including trade, industry, engineering, medicine,and education,” said David Vidal Israel, president of the Amazon Israelite Committee, or CIAM, the equivalent of a local Jewish federation.

“After a century, some 1,000 families had settled in the Amazon, lured by the rubber boom and by the quest for a land free of persecutions,” added CIAM director Anne Benchimol, who is also a descendant of Jacob Benzecry. “They soon created their own small communities as a way of securing their culture and tradition.” 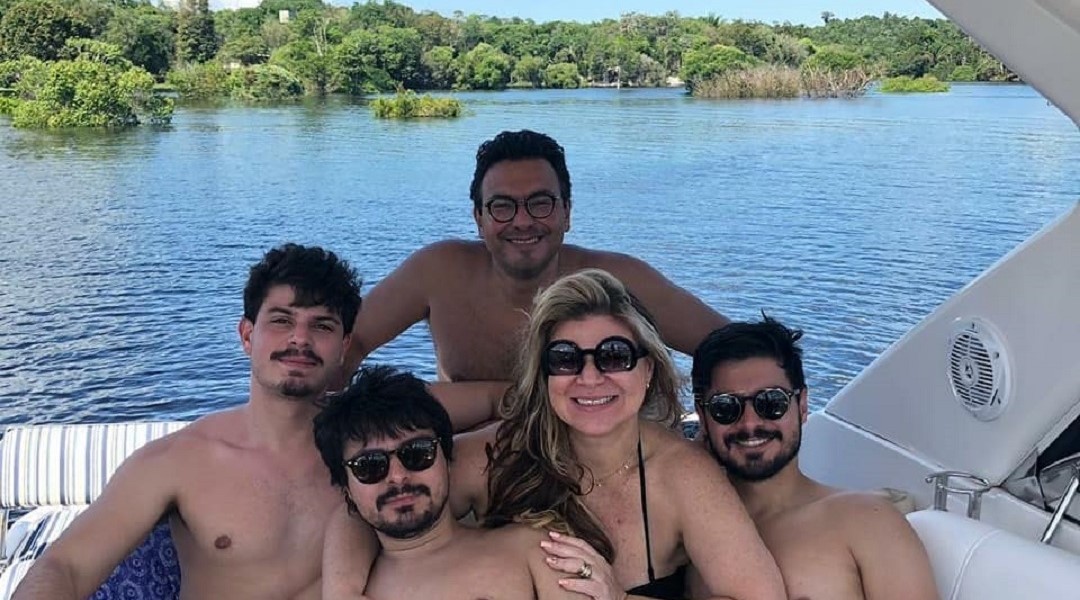 Thiago, left, with his late parents and two brothers. (Courtesy of Benzecry)

Thiago Benzecry’s maternal grandfather married someone who was not Jewish. So did his mother, who maintained ties to the Jewish community even as she devoted herself to supporting her husband’s Christian ministry.

“They were both very dear to everyone here. I first met Vladya when I was a teacher at our elementary Jewish school and madrich [instructor] at the Jewish youth movement. She would also practice Israeli folk dance. Later, she started to organize many Jewish events,” Vidal Israel recalled.

As a child, Benzecry said he considered himself Christian.

“I experienced a dual religious identity and that’s where my education comes from,” he said.

He found himself drawn to his Jewish heritage — and especially to Israel — as a teen. First, he attended a school owned by his mother’s aunt that was popular among Jewish families in Manaus. Then, at 16, he went on a 10-day tour of Israel operated by Birthright, the nonprofit that runs free trips to Israel for Jewish young adults. And when he turned 18, he volunteered as a security guard at the Beit Yaacov Rabi Meyr, Manaus’ only synagogue.

Three years ago, at 20, Benzecry decided to spend six months in Israel on Masa, a program that lets participants choose from various study, volunteer and professional opportunities in the country. He worked as a student intern at an incubator for high-tech start-ups in Tel Aviv.

“I was then able to know what Israel really was, the social and cultural nuances, the way that Israelis communicate, and have a clear idea of what I wanted,” Benzecry told JTA. “When I finally came on aliyah, it was not a first-time adventure anymore, which took the weight off my shoulders.”

In order to make aliyah, or immigrate to Israel, Thiago Benzecry submitted a certificate showing that his maternal grandfather, Rubens, was Jewish. Born to a non-Jewish mother, Vladya’s own conversion was apparently not accepted by the Jewish Agency, which oversees immigration applications. But Benzecry was able to benefit from the Law of Return’s clause that gives every grandchild of a Jew the right to Israeli citizenship.

“As I grew up and got more and more mature, I assumed my Jewish heritage and identity. Today, I’m Jewish,” Benzecry said. He added, referring to his Israeli ID card, “I am ready for conversion as part of the army because today my teudat zeut says I have no religion.”

When Benzecry first arrived in Israel as an immigrant, he moved to Maagan Michael kibbutz, where he studied Hebrew at an ulpan, the government-subsidized Hebrew language school for new immigrants. Because he was already 22, he was not required to enlist in the military, but he chose to anyway. He joined Garin Tzabar, the program that supports soldiers-to-be who do not have a family in Israel.

“The biggest difficulty of a lone soldier is undoubtedly being away from family and friends from the country of origin. Coming home for the weekend and not having anyone to talk to or hug is very difficult,” said Navy Maj. Rafael Rotman, who immigrated from Brazil in 1997 when he was 17 years old. 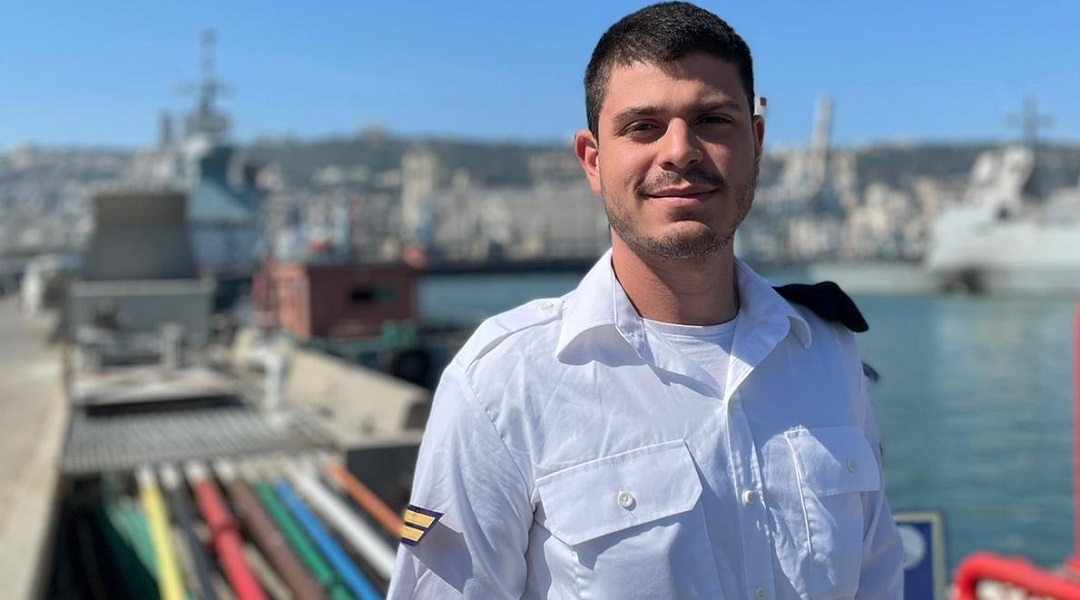 Benzecry is now in the Israeli navy. (Courtesy of Benzecry)

That dynamic only deepened over the last year, as the pandemic set in and made international travel unsafe and difficult. Israel has not allowed people who are not citizens to visit except in narrow instances since very early on in the crisis, in March 2020.

As Manaus turned into a hotspot, Benzecry watched from afar as his father worked to support the city’s many impoverished families. Braga announced an effort to deliver 10,000 food baskets to families in crisis as part of his ministry. He also used his radio show to express support for Brazilian President Jair Bolsanaro’s decision to keep the economy open despite the deepening pandemic.

When he tested positive for COVID-19 last September, Braga wrote to his son from his hospital bed urging him not to worry. Benzecry was totally unprepared for the phone call a short while later telling him his father had died.

Just as the father’s funeral was ending, Benzecry’s mother and 31-year-old brother collapsed and were soon diagnosed with the coronavirus. While his brother recovered, his mother died in late October, after six weeks in intensive care.

Now, as Benzecry begins to consider what he will do after his military service is complete, he sees his future in Israel, not South America.

“I’m proud to be Brazilian and that’s what I tell everyone, everywhere. Brazil is part of my story, a place of communion. It’s my family, my culture, a place I can always visit, but it’s not my target anymore. It’s just a remembrance. The world is too big,” he said.

“My parents were the greatest supporters of my choices. The educational and cultural heritage I received from them is the reason why I’m here today. I feel like I’m also living their dream.”