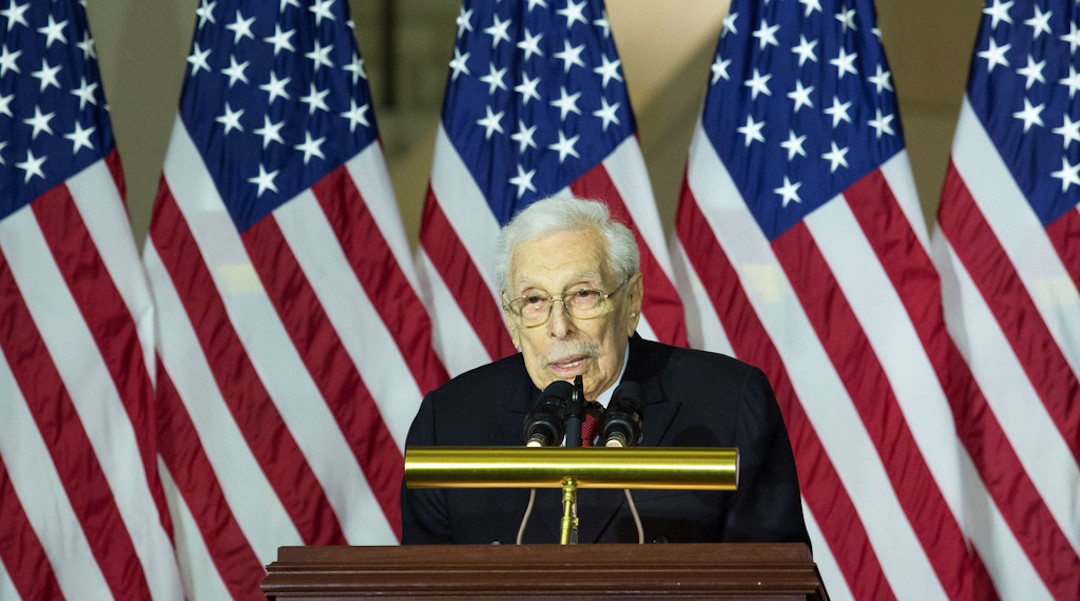 (JTA) — Lester Wolff, who served eight terms as a Democrat in the U.S. House of Representatives and was an important player in American foreign affairs in the 1960s and ‘70s, has died.

At 102, the New York lawmaker was the oldest former member of Congress. Wolff died Tuesday at a hospital in Syosset, New York.

The Jewish Telegraphic Agency profiled Wolff in 2018, painting a picture of a man who was five times targeted for assassination for his actions and political positions on controversial international issues, including Israel.

Wolff won his first congressional election in 1964 to represent part of Long Island, in suburban New York City, and during the ’60s he worked closely with Robert Kennedy and President Lyndon Johnson, and met Israeli Prime Minister Golda Meir. He stayed in Congress until 1981.

At a time when support for Israel in Congress was not as widespread as it is now, Wolff fought successfully to approve the U.S. sale of technologically advanced fighter jets to Israel.