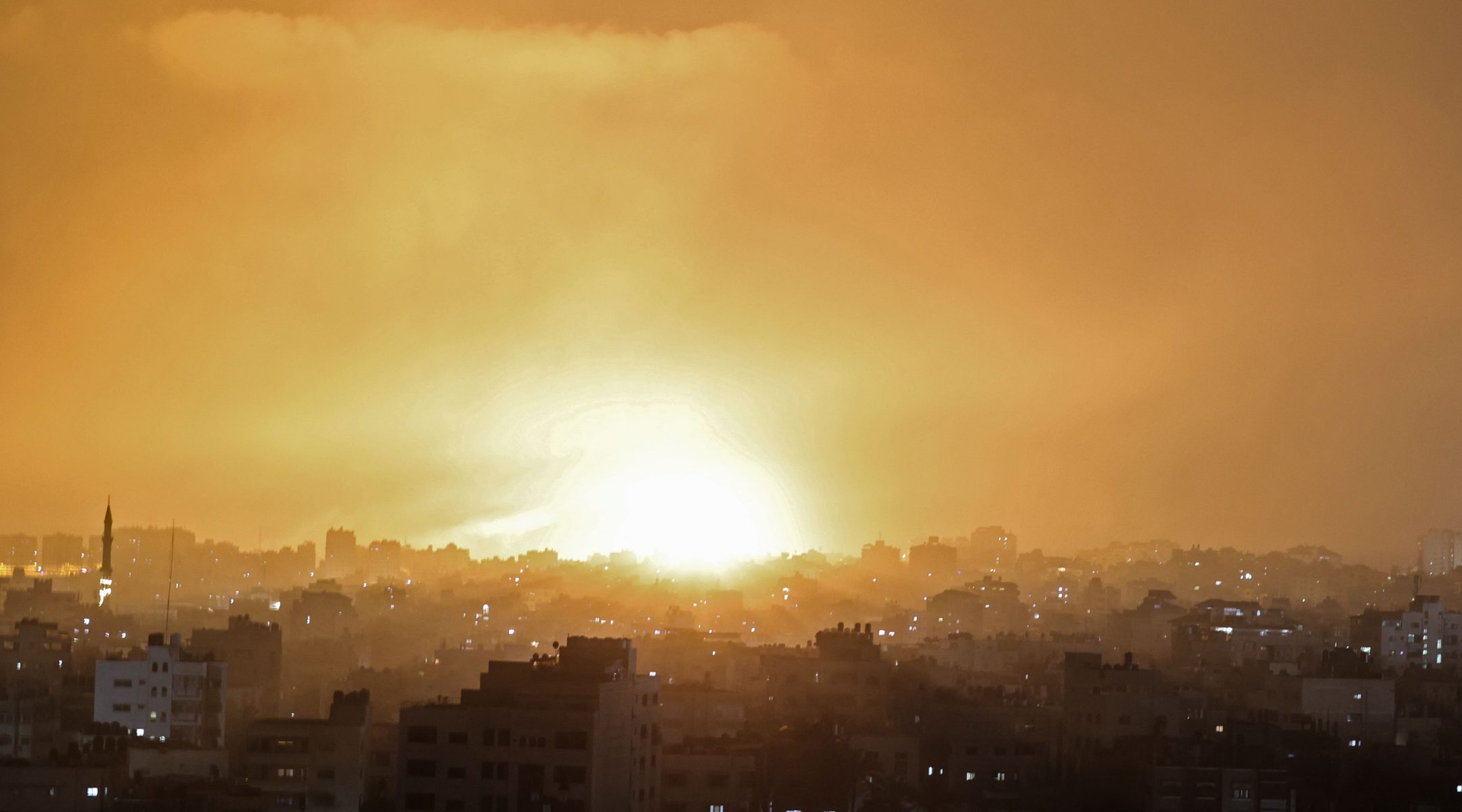 An explosion lights the sky following an Israeli air strike on Beit Lahia in the northern Gaza Strip on May 14, 2021. (Mohammed Abed/AFP via Getty Images)
Advertisement

UPDATE: Israel’s announcement of a ground operation in Gaza may have been intended to misdirect Hamas militants. While the Israeli army bombarded Gaza on Thursday, the army later clarified that troops did not enter the territory.

(JTA) — Israel’s army unleashed a wider military attack on Gaza Thursday night, inaugurating a new phase in a conflict that has claimed dozens of lives in the last several days.

The war has already reached several milestones in a region accustomed to conflict. Hamas, the terrorist group that controls Gaza, has sent more than 1,000 rockets into Israel, straining the country’s Iron Dome missile protection system. Civilian casualties on both sides have been significant and have included children. And tension between Arabs and Jews within Israel has also exploded into violence at times.

Some reports had indicated that Israeli leaders were leaning against escalating their campaign against Hamas because of the mounting tensions within Israel. But instead, on Thursday night, Israel’s army announced that it was bombarding the narrow Gaza territory using both aircraft and ground forces. After telling foreign media that a ground invasion had begun, Israel clarified that it had not yet launched an invasion of troops into Gaza.

“I said that we would exact a very heavy price on Hamas,” Prime Minister Benjamin Netanyahu said in a statement. “We are doing this and we will continue with great force.”

Anticipating a robust response from Hamas, Israel urged civilians living near the Gaza border to enter bomb shelters, where many Israelis have been taking refuge throughout the week.

The last time Israel executed a major ground operation in Gaza, in 2014, the death toll included 67 Israeli soldiers and six civilians, and more than 2,100 Palestinians, a significant portion of whom were civilians.