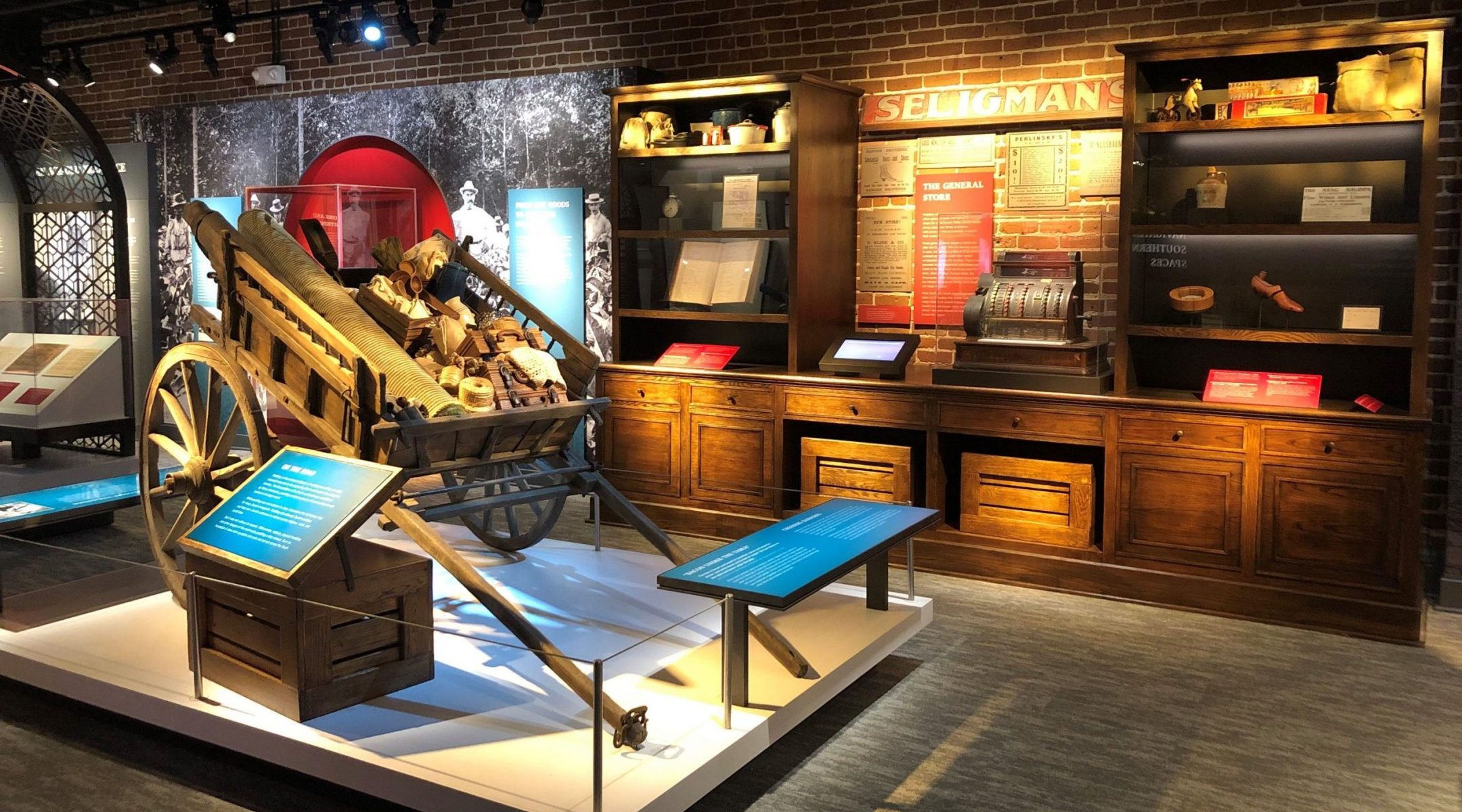 NEW ORLEANS (JTA) — Janis Rabin’s family emigrated from Poland, eventually settling in Bogalusa, Louisiana. For years, she and her relatives had kept memories and stories of their family’s Jewish experience to themselves, or shared them casually with friends.

So when Rabin entered this city’s Museum of the Southern Jewish Experience the day it opened to the public, she was moved by seeing her family’s history represented more formally.

“I look at the museum and it is such a beautiful representation of what it means to have your roots, your identity validated,” she said.

Like Rabin, many of the visitors on the museum’s opening day May 27 were Southern Jews themselves, eager to find evidence of their family lore or share artifacts with an unusual collection designed to bring relics of Southern Jewish life out of the region’s closets and attics.

Unlike Jews in the North, who largely congregated in urban centers, Jews who settled in the South spread out across the region’s small towns and cities. The museum features large Jewish communities in New Orleans and Atlanta alongside lesser-known, but equally vibrant, places like Dumas, Arkansas, which had several Jewish mayors in the late 19th and early 20th centuries. It also highlights the fact that Southern Jews often found careers as traveling salesmen, moving from one town to another.

In the center of the museum’s first room stands a peddler’s cart filled with the wares they might have sold. The piece connected with many of the visitors, who related it back to their own family’s origins.

“My relatives were merchants and shop owners,” said Martin Covert, whose family came to New Orleans in the late 1800s. “The parts where they talked about commerce … really resonated with me.”

That’s exactly the point, said Anna Tucker, the museum’s curator. The South is a massive region and each community had a unique experience. So rather than set a singular narrative, Tucker used familiar objects to tell a specific story.

“If you didn’t know the story behind them, a lot of the artifacts here would just look like an everyday object,” Tucker said. “But once you start listening to the conversations around it, then you’re like, ‘wow, this is so much more.’”

The Museum of the Southern Jewish Experience is the product of more than three decades of concerted work to preserve the heritage of Southern Jewry. When Macy Hart started collecting artifacts from small Jewish communities in the South in 1986, it was out of necessity. As Jews in the South gravitated toward cities, these rural communities were at risk of being forgotten. As a last-ditch effort, community leaders would ask Hart to take their ritual objects and Judaica. There are also more unorthodox items in the collection, including a prosthetic leg that once belonged to a Russian Jewish immigrant who settled in Lake Providence, Louisiana.

For years, the collection was displayed at a small museum at the Reform movement’s Jacobs Camp in Utica, Mississippi — a town of fewer than 1,000 people, a 45-minute drive southwest of Jackson. After the museum closed in 2012, the 4,000 items in the collection were put into storage. But people continued to donate artifacts even as the collection languished out of sight.

In 2017, a group of prominent Jewish lay leaders launched a $10 million fundraising campaign to move the collection to New Orleans, home to some 10,000 Jews, and give it a new, permanent home. The museum’s three galleries now occupy part of a nondescript downtown building. It’s a small space, approximately 9,000 square feet, though the museum has plans to expand as its collection grows.

Most of the recent additions have come from donations by community members who rescued them from closets and attics in their families’ homes. With so many items to exhibit, the museum plans to rotate the displays every few months so it can show as much of its collection as possible.

The museum has a form on its website for people to submit their items, but many of the donations came through word of mouth. In a section focusing on the Holocaust and World War II, Tucker points to a large photo of a group of people sitting in a field. The photo, she said, was taken by Paul Arst, a Mississippi Jewish man who was fighting with the Allies in Germany. The people in the photograph were Jews who, until the troops arrived, had been abandoned in a cattle car after their Nazi guards fled.

“This photo has never been seen before because it was tucked in a family scrapbook,” Tucker said.

Indeed, during the opening, Tucker was casually approached by several visitors who wanted to share their own family’s heirlooms or offer stories about photographs in the exhibit.

While many of the visitors at the opening had personal connections to the stories in the exhibition, the goal of the Museum of the Southern Jewish Experience is to be an educational resource for both Jews and non-Jews. Jay Tanenbaum, the chair of the museum’s board, said he expects about 30,000 guests annually, most of whom will not be Jewish. As part of the permanent exhibition, there is a section dedicated to Jewish terms and practices.

“We want to educate visitors about who we are as Southern Jews and how we are part of the American community,” Tanenbaum said. “At the end of the day, education is always the best way to fight antisemitism.”