A museum on Southern Jews moves its eclectic 4,000-item collection across state lines 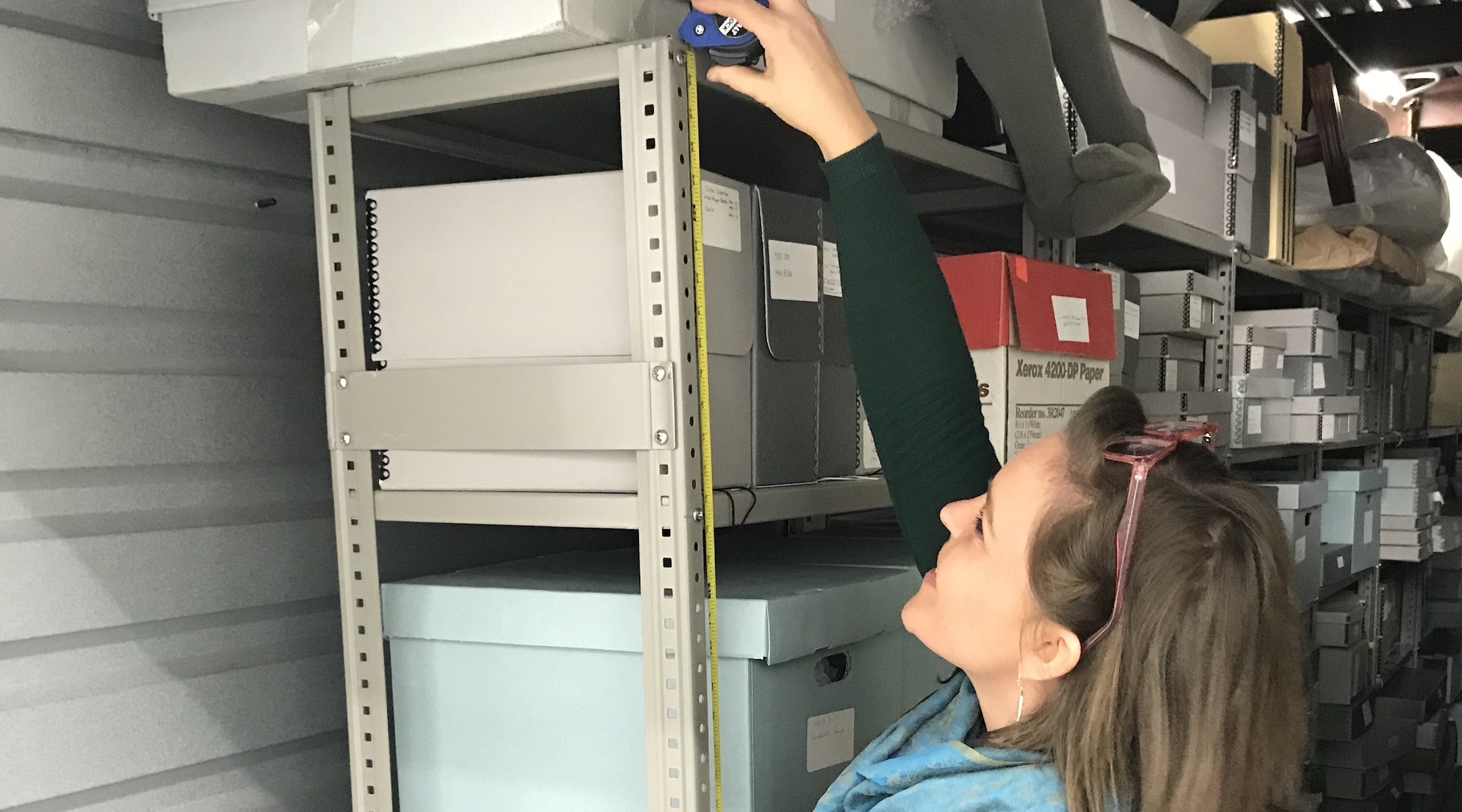 The museum's project coordinator, Anna Tucker, measures shelves used to store artifacts ahead of the move last month. (Courtesy of the Museum of the Southern Jewish Experience)
Advertisement

(JTA) — A prosthetic leg that belonged to a Russian Jewish immigrant to Lake Providence, Louisiana. An 8-foot neon sign from a hotel that advertised itself as the only establishment with an “up to date kosher kitchen” in Hot Springs, Arkansas. Two synagogue organs from the now shuttered Temple B’nai Israel in Canton, Mississippi.

These items made the trip from Mississippi to Louisiana last month — along with the rest of the more than 4,000 artifacts that make up the collection of the Museum of the Southern Jewish Experience.

Movers had to build custom crates and transport the items in climate-controlled trucks due to the size and number of unusual artifacts.

The museum is the only one in the world wholly dedicated to telling the history of  Jews in the American South. And when it reopens next year in New Orleans, it will be easily accessible to the general public for the first time. 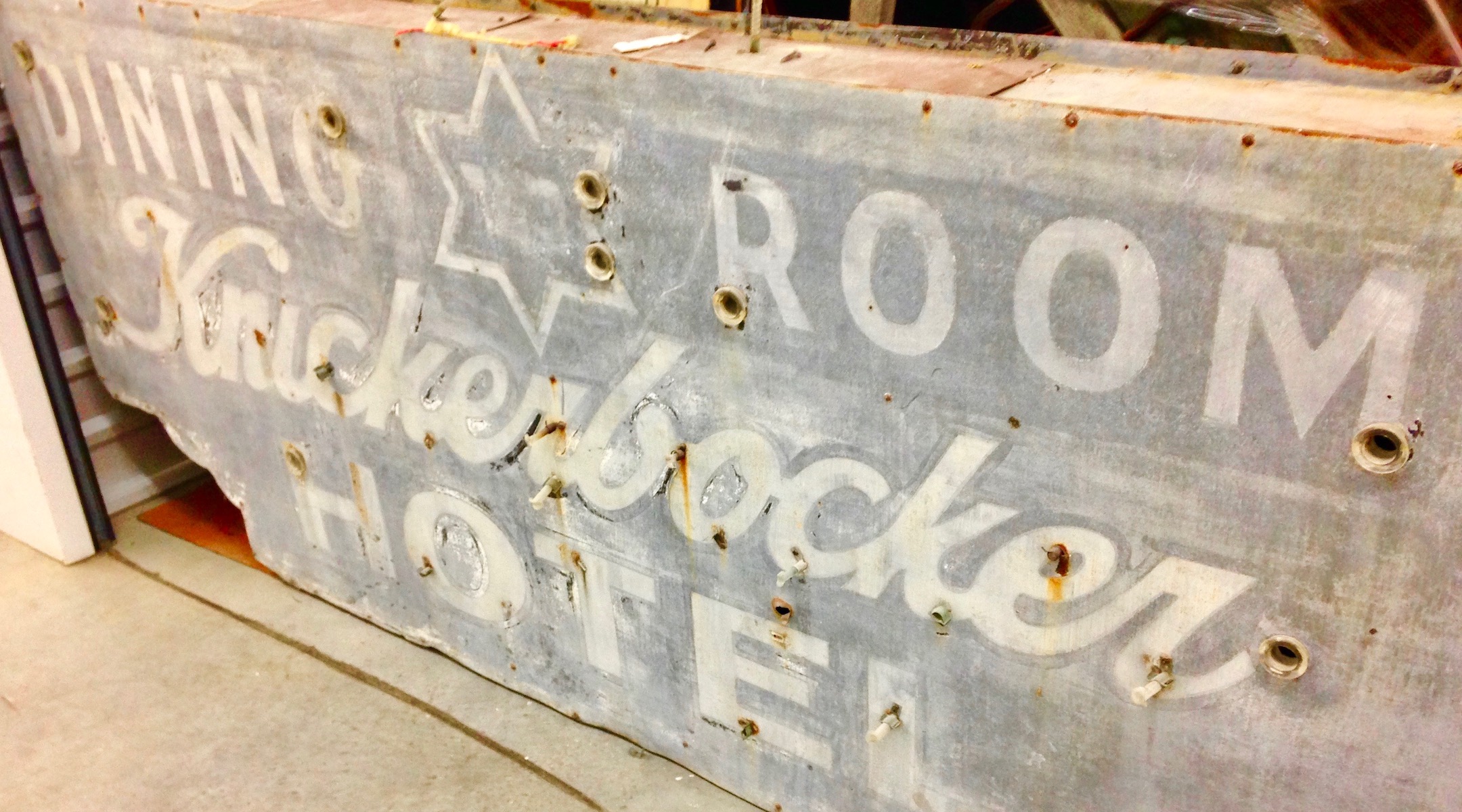 A sign for the Knickerbocker Hotel, which advertised itself as the only establishment with an “up to date kosher kitchen” in Hot Springs, Ark. (Courtesy of the Museum of the Southern Jewish Experience)

Founded in 1986, the museum was located previously at the Union for Reform Judaism’s Jacobs Camp in the remote town of Utica, Mississippi. It did not always have a full-time staff and there were times visitors had to make an appointment. The museum closed in 2012 and put its collection in storage in Jackson, Mississippi, as leadership contemplated a move.

New Orleans was chosen as the new location because of its vibrant Jewish population, tourism industry and the fact that it didn’t already have a Jewish-themed attraction. Museum officials predict that some 40,000 people will visit every year.

With the reopening, the museum will shift its focus, according to its executive director, Kenneth Hoffman.

“The [original] idea was to collect artifacts from congregations and families that were quickly disappearing from these small towns and put them on display and preserve the artifacts, which is a great mission to have,” Hoffman, a Houston native who grew up in Baton Rouge, Louisiana, told the Jewish Telegraphic Agency in a phone interview from New Orleans.

“But now what we’re doing in New Orleans is we are going beyond that and we are really attempting to tell a larger story about Jewish life in the South.”

In 2017, the museum launched a $10 million fundraising campaign for the move and redesign. It has raised $6 million through donations from individuals and family foundations.

Jews have lived in the South since before the Revolutionary War, but the bulk arrived as immigrants during the 19th century. Many settled in small towns, where they worked as merchants. However, by the 20th century, young Jews were leaving those towns to study and work in larger cities in the South. Though some Jews remain in small towns today, many synagogues have closed or are on the verge of shutting down.

The Museum of the Southern Jewish Experience is the only physical space wholly dedicated to the study of the experience of Jews in the region. Atlanta’s Breman Museum has a gallery dedicated to Southern Jewish history and exhibits about other topics, but it focuses on Atlanta. The exhibit at The Jewish Museum of Florida is local, too. Dallas and Houston have Holocaust museums. Other organizations — including the Southern Jewish Historical Society and the Institute for Southern Jewish Life, to which the museum belonged until it separated in 2017 as part of the relaunch — hold events but do not have permanent exhibits.

Few people associate the American Jewish experience with the South, despite the region’s rich history, said Gary Zola, the executive director of the Jacob Rader Center of the American Jewish Archives and a professor at the Hebrew Union College-Jewish Institute of Religion in Cincinnati. But its story includes slaveholders and civil rights activists, high-ranking Confederate politicians like Judah Benjamin and society women like the Atlanta memoirist Helen Jacobus Apte.

“The Southern Jewish experience constitutes the most distinctive and arguably the most significant regional saga because the South envisioned itself as a separate, independent nation during the Civil War,” Zola wrote to JTA in an email. “Thankfully, this new Museum of the Southern Jewish Experience will soon provide the American public with an opportunity to learn more about this vitally important facet of our collective past.” 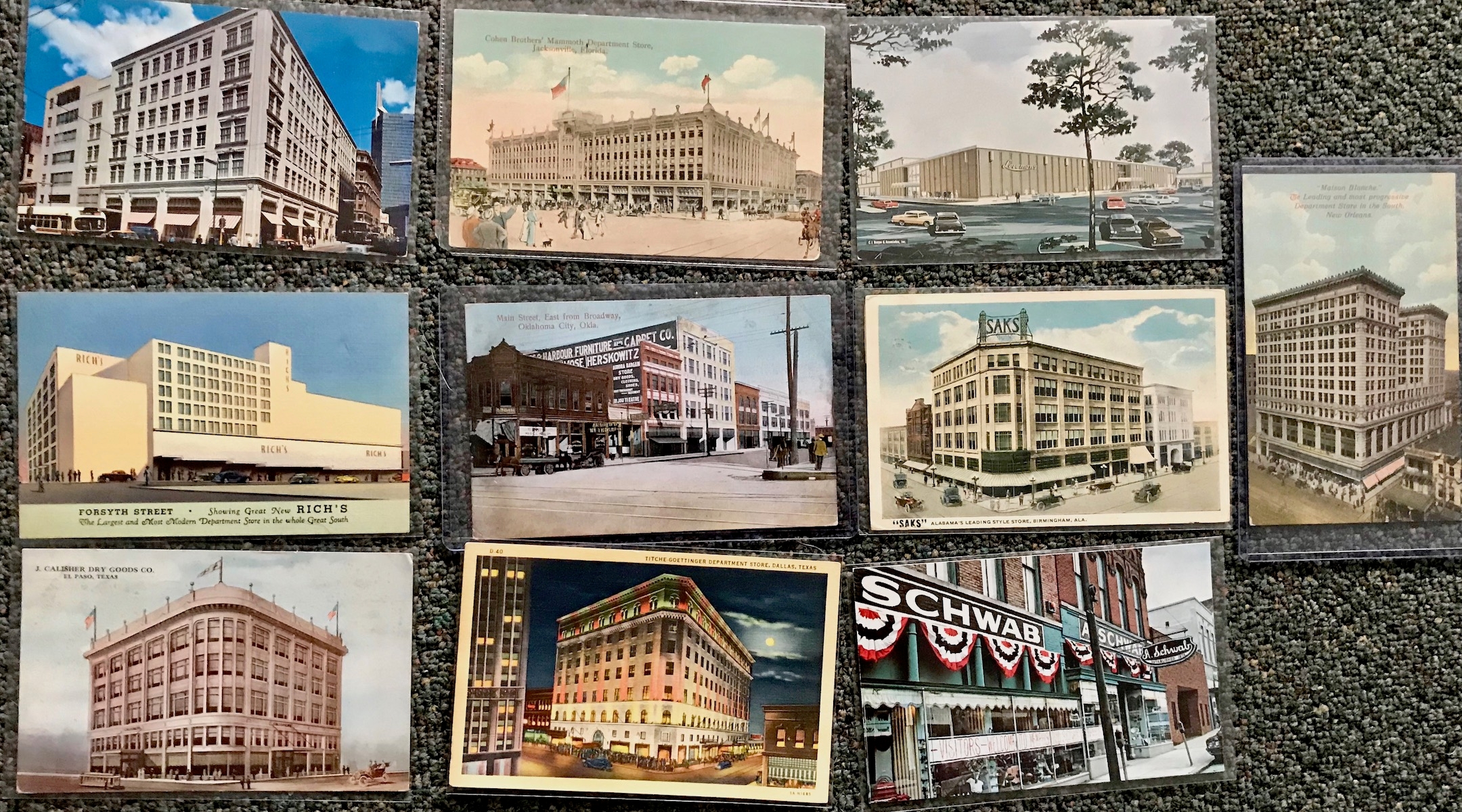 Postcards show Jewish-owned department stores throughout the South. (Courtesy of the Museum of the Southern Jewish Experience)

The museum has been working with Gallagher & Associates, a firm that has designed exhibits for the National World War II Museum in New Orleans, the National Museum of American Jewish History in Philadelphia and the National Archives Museum in Washington, D.C.

Interactive exhibits will address topics such as anti-Semitism in the South, how Jews reacted to the civil rights movement, Southern Jews in popular culture and the religious customs of the region’s Jews.

“If we wanted to get Jews and non-Jews to get through the door to experience the museum, then we had to be relevant,” Hoffman said. “So we had to talk not just to the relatives or the ancestors or descendants of small-town Southern Jews, we had to expand our mission and talk about how Jews across the South made an impact or were impacted by their communities.”

Ultimately, Hoffman wants the museum to challenge the way visitors think about their own identities.