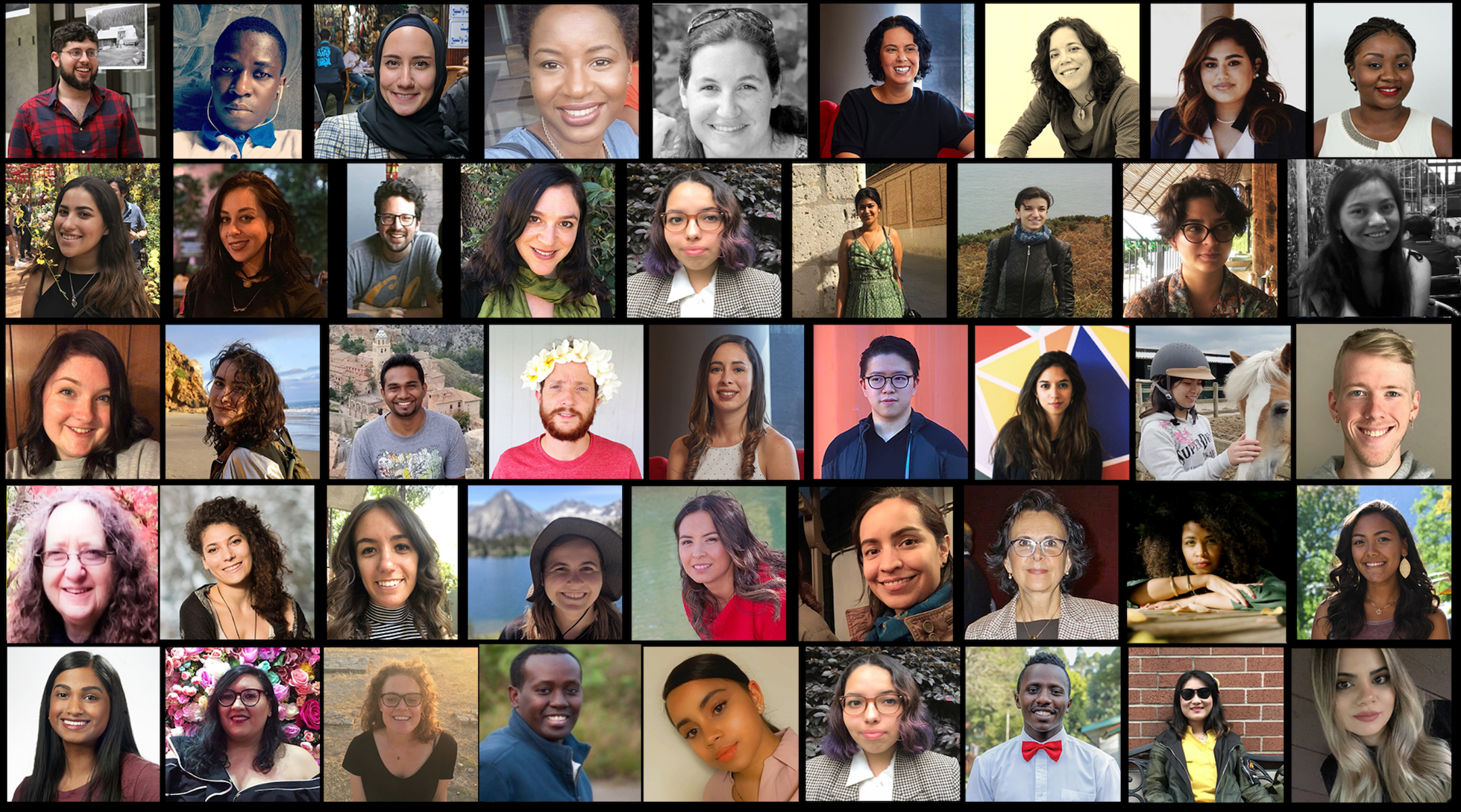 (JTA) — In 2018, a caravan of Central American migrants approached the United States through Mexico, stoking both fears and compassion.

Ariel Koren, an interpreter who was translating for separated families near the U.S.-Mexico border at the time, saw a bureaucracy intent on discouraging immigration by making the process nearly impossible for non-English speakers. She called it “language violence.”

The 25-year-old, who was living in Mexico City, had taken time away from her job working for Google Translate to focus on her activism. With fellow Google employee Fernanda Montes de Oca she founded Respond Crisis Translation, which has become a global network of 2,000 volunteer translators and language activists working to provide translation and interpreting services to asylum seekers, mostly those stranded along the U.S. border.

Since its founding in September 2019, RCT has translated over 18,000 asylum documents for 2,000 people and 100 partner organizations in over 100 languages, including Orombo, Quechua, Ottomi and Lingala. Its work, an estimated $1 million worth of translation done nearly for free, has been spotlighted in The New York Times, Mother Jones and other media.

According to Koren, dozens of Jews worldwide are among the network’s most active and committed language activists. Many of them were inspired by the Jewish activist group Never Again Action, which tries to disrupt the activities of Immigration and Customs Enforcement, especially deportations.

For Koren, who has since moved back to the United States, the systematic mistreatment of immigrants is directly related to recent Jewish history.

“In 1939-1940, U.S. diplomat Breckinridge Long implemented an infamous, nearly impossible 8-foot [long] visa application form printed in tiny type and only made available in English,” she told the Jewish Telegraphic Agency. “He was intentionally using language, and Anglo-centricity, as a tool to justify the U.S.’s rejection and deportation of asylum seekers that ultimately led to thousands of deaths during the Holocaust.”

Koren, herself a descendant of Russian and Polish Jews, is from Jacksonville, Florida. She was often the only Jew in her classroom and recalls seeing multiple acts of blatant antisemitic violence.

At the University of Pennsylvania, Koren studied East Asian Language and Civilizations and founded a cross-cultural action group for neighborhoods. She was class president in 2014 and was awarded the Truman Scholarship for students who plan to pursue careers in government or public service.

Koren speaks nine languages, including Arabic, Spanish, English, Hebrew and Ladino, or Judeo-Spanish. She has family members in the U.S., Brazil and Israel.

“So many of us Jews forget about our rich linguistically diverse heritage. And the reason for our forgetting is because of systemic language violence,” Koren said, before listing various Jewish languages. “Ladino, Haketia, Judeo-Arabic, Yiddish amongst others are precious languages at risk of extinction.”

She is a harsh critic of Israel, which she considers an ethno-nationalist state. As a linguist, Koren believes in celebrating the rich diversity of languages spoken by the Jewish people as opposed to solely embracing modern Hebrew. She identifies with Jewish Voice for Peace, a far-left group that opposes Zionism.

Asked how she reconciles those views with one of the historical justifications for Israel’s founding — namely that Jewish refugees needed a state of their own so they couldn’t be turned away by hostile or nativist governments — she said, “Our history of oppression and genocide at the hands of nationalist violence should serve as a lesson to us that nationalism itself is the problem, a call to fight for all peoples’ right to access mobility and safety in Diaspora.” 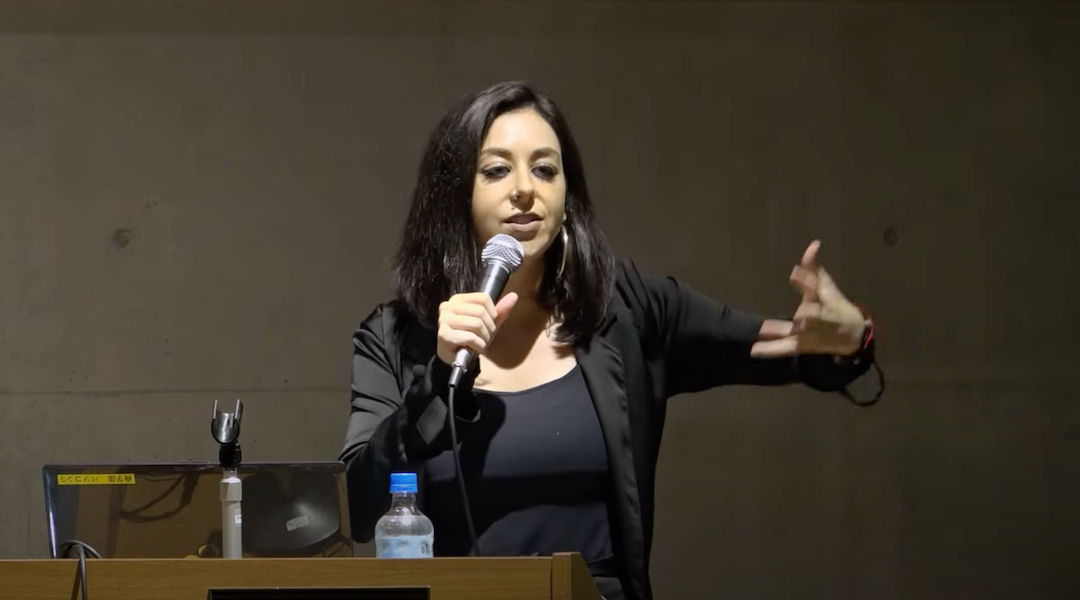 The last time Koren visited Israel, she visited a Sephardic nursing home where residents still speak Ladino. The experience profoundly affected her and reinvigorated her commitment to supporting the efforts to cherish and revive the language.

Esther Biesse, 28, who has been leading the French translation team for RCT since the start of the network, also believes language and immigration activism are inherently Jewish.

Biesse is a Paris-born Jew, currently based in Mexico, who speaks French, Spanish and English and has lived in New Delhi, Tunis, Marrakesh, Minnesota, Washington, D.C., Canada and Medellin, Colombia. Charged with screening volunteers for their translation skills, she has indirectly helped hundreds of asylum seekers coming from French-speaking former colonies like Haiti, Congo and Senegal.

“I believe mobility and migration is a Jewish issue,” she told JTA. “My family has always been nomadic, and throughout Jewish history, there’s always been a strategic use of language across the Diaspora,” for example, the need of Eastern European Jews to speak different languages to survive in their trades.

It’s a position shared by another activist, the Brazilian Samara Zuza. Based in Minas Gerais, Brazil, Zuza has drafted translations of Portuguese, Spanish and English documents since February of last year. She noted that the number of Brazilians fleeing the country has increased since Jair Bolsonaro, Brazil’s far-right president, took office in 2016.

“One dimension of language violence that I think we should talk about is linguistic isolation,” she told JTA. “For some Portuguese speakers stuck at the border, I’m the first one that understands them, even though I’m so far away.”

According to Zuza, many of these immigrants have to deal with complex bureaucratic and legal processes that become even harder to negotiate when one doesn’t know how to speak the language.

Zuza’s family on her father’s side were left-leaning Sephardic immigrants who came from Portugal and Aleppo, Syria. They were active in the fight for indigenous and Black people’s rights in Brazil.

“The Jewish aspect to my work with RCT is there, but I can’t quite put it into words,” she said. “For me, it has to do with the fact of fighting against conditions of inequality through language.”

For Koren, the quest for human rights and inclusion through language defines her Judaism.

“My Jewishness calls me to center anti-nationalist, anti-carceral, abolitionist values,” she said. “It is always so jarring to me when I come across fellow Jews who do not see that the fight against white nationalism, forced assimilation, family separation is an inherently Jewish fight because to me it feels so incredibly innate and apparent and just ingrained in our history and stories and traditions.”