Marvin Miller, the influential Jewish MLB union chief, will finally get his Hall of Fame induction — on Rosh Hashanah 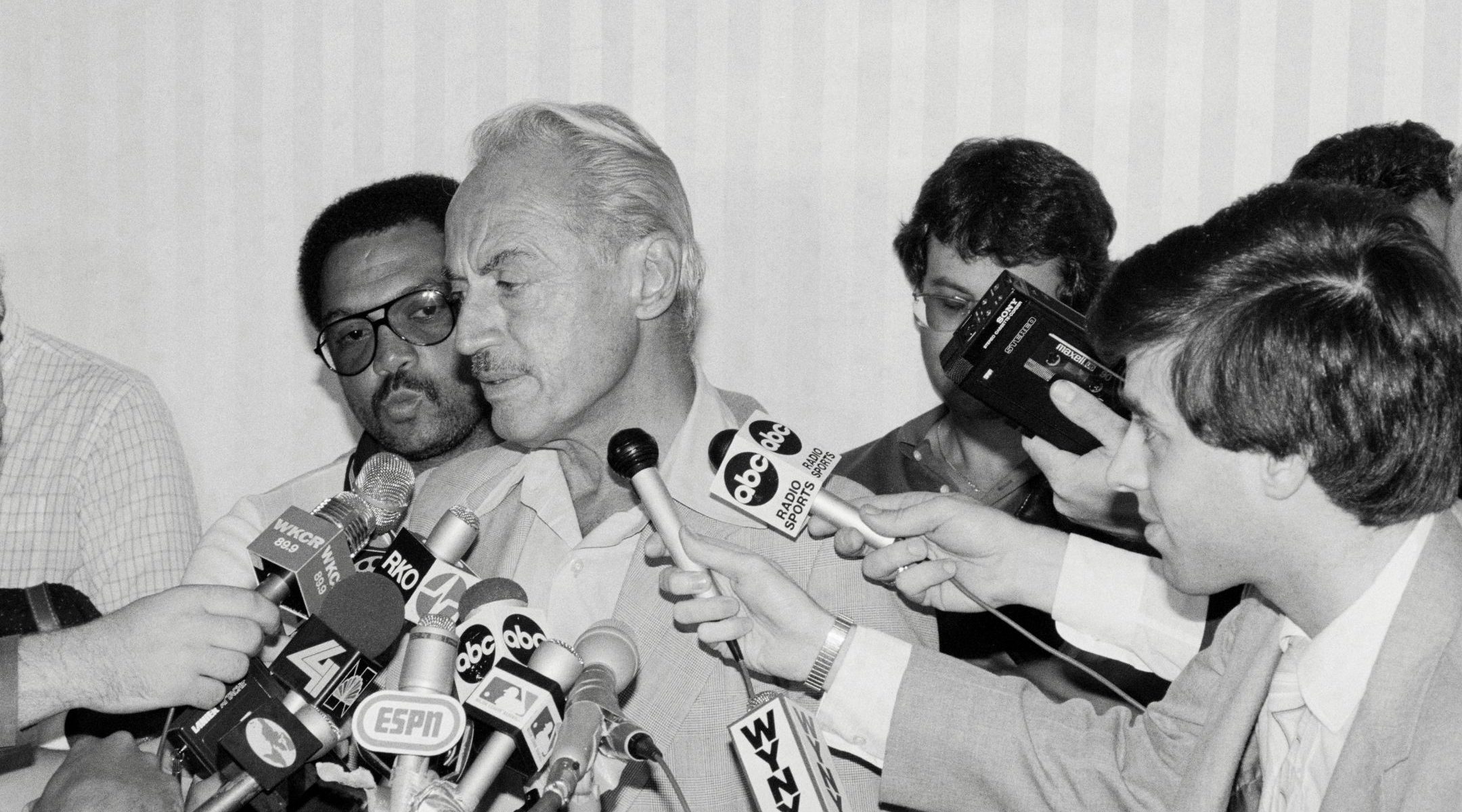 With then-New York Yankee player representative Reggie Jackson standing behind him, Marvin Miller, executive director of the Major League Players Association, talked to reporters at the conclusion of a round of talks with the owners in New York on July 1, 1981. (Bettman/Getty)
Advertisement

(JTA) — It took several tries, but Marvin Miller, the longtime Jewish Major League Baseball Players Association chief who changed the sport by transforming the players’ union into a powerhouse, will finally be inducted into the baseball Hall of Fame.

There’s one catch — the pandemic-delayed induction ceremony is set to take place on Rosh Hashanah.

The Cooperstown, New York-based Hall of Fame announced last month that the induction will shift from its usual July slot to Sept. 8, the second day of Rosh Hashanah this year. No reason was given explicitly, but a June 9 release suggested the shift was made in hopes that it would be safer to have an in-person ceremony by September, as the coronavirus pandemic abates.

“Planning continues to be adapted to guidelines set forth by the Centers for Disease Control and the State of New York,” said the release, since removed from the Hall of Fame’s website.

In a column last week for Religion News Service, Rabbi Joshua Hammerman of Temple Beth El in Stamford, Connecticut, said the schedule was a “scandal” and decried the silence of American Jews on the matter.

“Baseball had plenty of dates from which to choose but opted for one of the three most consecrated days of the Jewish year for this sacred enshrinement,” Hammerman wrote.

Baseball players and fans have long advocated for the induction of Miller, who died in 2012 at 95, into the Hall of Fame because of his profound influence on the game.

Miller grew up in Flatbush, Brooklyn, rooting for the Dodgers. He worked for other unions, including United Steelworkers, before working in baseball. Leading the MLBPA from 1966-1982, he used hardnosed tactics, such as lawsuits and strikes, to scuttle the century-old “reserve clause” which bound players to a team. The move effectively launched the era of free agency.

When Miller retired in 1982, Peter Seitz, the arbitrator who ruled in favor of players in the reserve clause case, told The New York Times that Miller was “the Moses who had led Baseball’s Children of Israel out of the land of bondage.”

Miller first made it onto the Hall of Fame ballot in 2003, but until 2020 fell short of the 75% vote ratio needed by the panel. Hall of Fame critics attributed the long wait to lingering resentment among owners, who have a say in the vote.

Hammerman noted that the Hall of Fame has on its website an article lauding Sandy Koufax, the Los Angeles Dodgers pitcher who famously sat out a 1965 World Series game to observe Yom Kippur.

“So what would Sandy Koufax do about this unforced error by Major League Baseball?” Hammerman said. “What should Jews do? If we grant that a World Series game might not be easily moved from its natural October perch, the Hall of Fame ceremony, which typically is in July, most definitely could still be set for a day other than Sept. 8.”