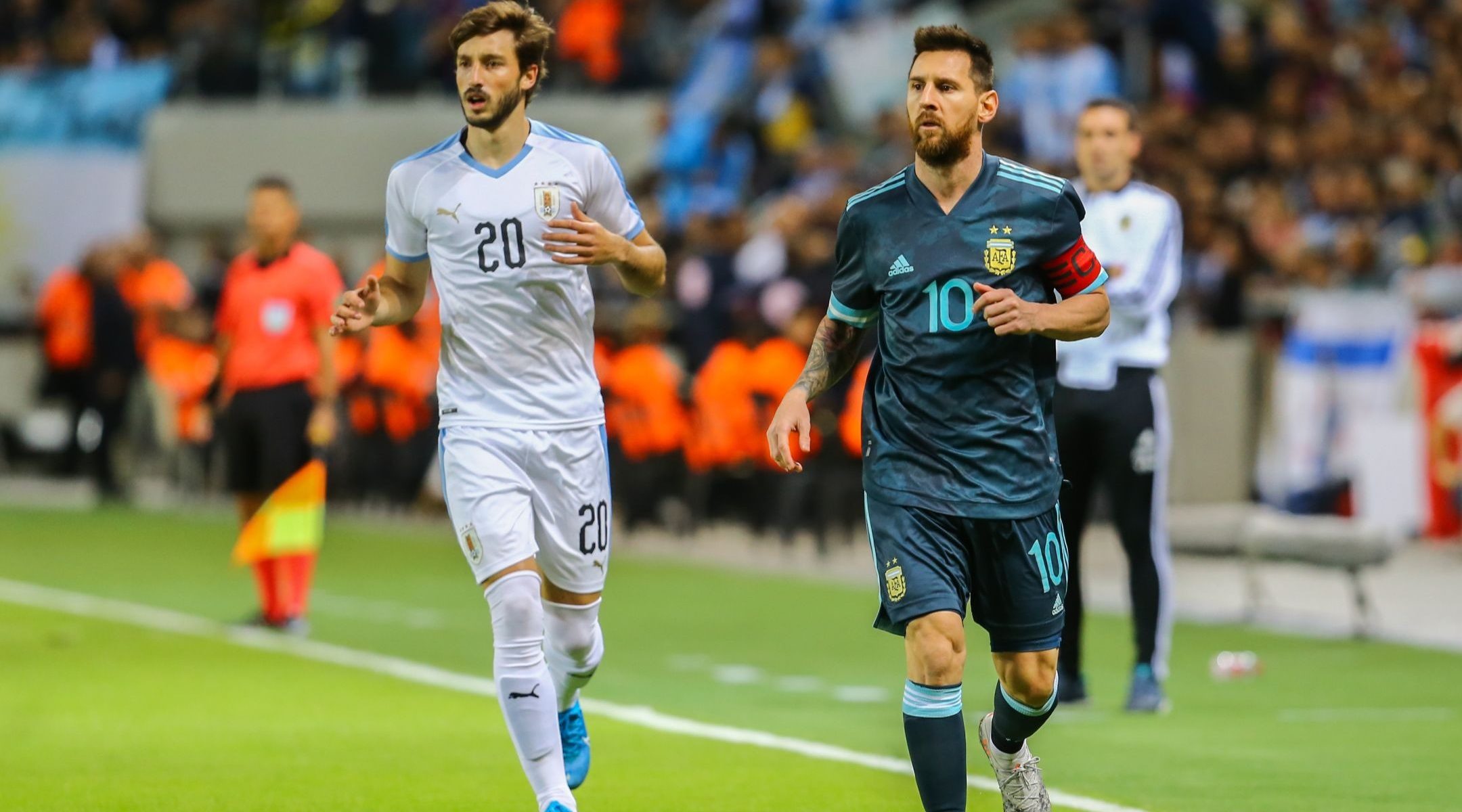 Argentine soccer star Lionel Messi plays in the friendly match between the national teams of Argentina and Uruguay at the Bloomfield Stadium in Tel Aviv, Nov.18, 2019. (Flash90)
Advertisement

(JTA) — Beitar Jerusalem, an Israeli soccer team, has canceled an exhibition match against FC Barcelona after the powerhouse Spanish team refused to hold the match in Jerusalem.

The friendly match had been scheduled for Aug. 4 in Jerusalem’s Teddy Stadium, but Palestinians urged Barcelona, which is led by Argentine soccer superstar Lionel Messi, not to play in the Israeli capital.

Sami Abou Shehadeh, an Arab Israeli lawmaker, wrote an open letter to Barcelona asking the team to cancel the match. Jibril Rajoub, head of the Palestine Football Association, also urged Barcelona not to hold the match in Jerusalem, according to the Middle East Eye.

Beitar’s hardcore fan base has gained a reputation for racism. Fans chant “Death to Arabs” and have harassed Arabs in the past at a mall near the stadium. The club is Israel’s only one to never have an Arab player on the team.

Beitar owner Moshe Hogeg posted on Facebook that he was canceling the match, following Barcelona’s “unequivocal” request to change the venue, with “great sorrow.” (Barcelona hasn’t commented publicly on the match.)

“I slept with a heavy heart, thought a lot, and decided that above all, I am a proud Israeli and Jew,” he wrote, also writing that he has “fought a total war against racism, and will continue to fight it.”

Hogeg wrote that he does not blame FC Barcelona for the cancellation because “they’re not a political club and they have no reason to take part in our conflict here.”

This isn’t the first time Messi has become caught up in the Israeli-Palestinian conflict. Barcelona came to Israel in 2013 and visited the Western Wall. But in 2018, a match between the national teams from Argentina and Israel set for Jerusalem was canceled due to pressure from the movement to boycott Israel.

The next year, Argentina and Uruguay played a match in Tel Aviv, despite pressure from boycott activists. And last year, Messi became a brand ambassador for OrCam, an Israeli product that aids people who are visually impaired.