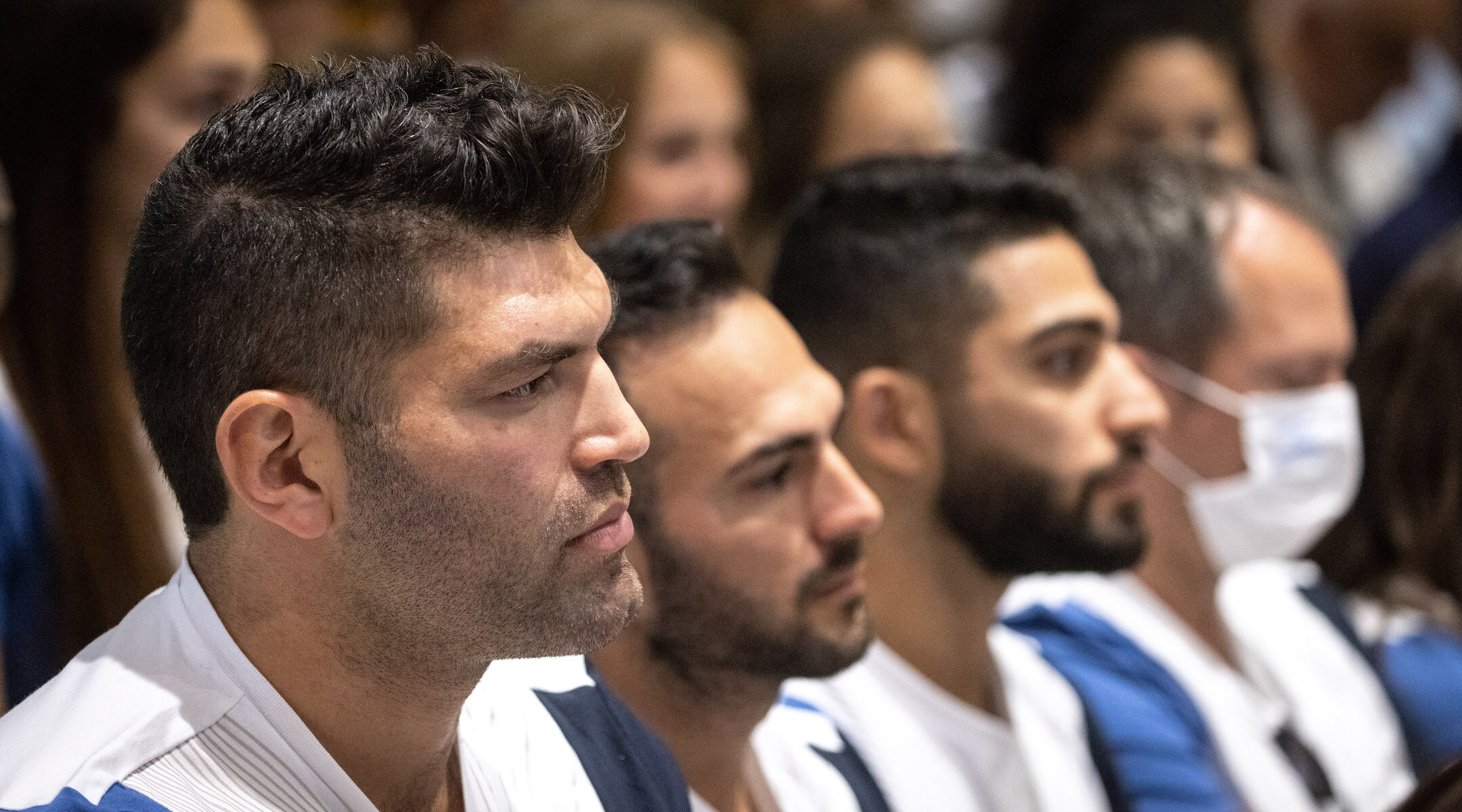 Israeli Judo Olympic medalist, Ori Sasson, on left, is seen during a ceremony with the Israeli Olympic delegation competing at the Olympic Games in Tokyo, at the President's Residence in Jerusalem, June 23, 2021. (Olivier Fitoussi/Flash90)
Advertisement

TEL AVIV (JTA) — When he immigrated to Israel from his native Ukraine in the early 1990s, judo master Igor Romanitsky was already resigned to quitting the sport professionally and pursuing a medical career.

“Israel wasn’t known for its judo scene back then, and I had a medical degree,” Romanitsky, now 57, told the Jewish Telegraphic Agency. “I assumed my days as a judoka were over.”

But Romanitsky, a father of two from Modiin, was in for a surprise.

In 1992, judokas Yael Arad and Oren Smadja won silver and bronze medals, respectively, at the women’s and men’s competitions in the Barcelona Olympics, becoming the first Israeli athletes to bring home an Olympic medal for that country. Their achievements, and an infusion of judo masters from the Soviet Union like Romanitsky, spurred a national love affair with the sport, which has led to additional accomplishments and turned Israel into a power in the field in both men’s and women’s competitions.

Smadja, in a famous quote following his victory, encapsulated the story of judo in Israel when he summarized his rise from obscurity: “I aimed to come in small and come out big,” he said.

In 2004, Arik Zeevi won the bronze at the Athens Olympics — the pinnacle of a five-year spree in which he won three golds and a silver at the European Judo Championships. The following year, Israel took the team gold in that tournament. And in 2012, Zeevi recaptured the gold at age 35.

(Judo’s divisions don’t necessarily correspond to geography. Israel is one of several non-European nations competing in the European tournament, along with Mongolia, Azerbaijan and Brazil.)

Four years later, at the 2016 Rio Olympics, Israel won two bronzes in judo, bringing the country’s total of Olympic medals to nine — five in judo. In 2018, the European Championships were held in Tel Aviv.

“I saw firsthand how judo became big. Suddenly all the kids wanted judo classes,” said Romanitsky, who now runs Sakura, a prestigious judo school in the central Israeli city of Modiin. Several of its graduates have earned black belts, a rank signifying expertise.

Instead of starting a medical practice, Romanitsky recognized the opportunity to continue practicing judo, his primary passion, by coaching.

Most judokas aren’t affiliated with the Israel Judo Association, the main nonprofit organization regulating the sport. But 500 judokas from across the country showed up to a charity event in 2015 organized by Romanitsky and his Sakura judo school, suggesting the number of serious participants in the sport is in the thousands, he said. 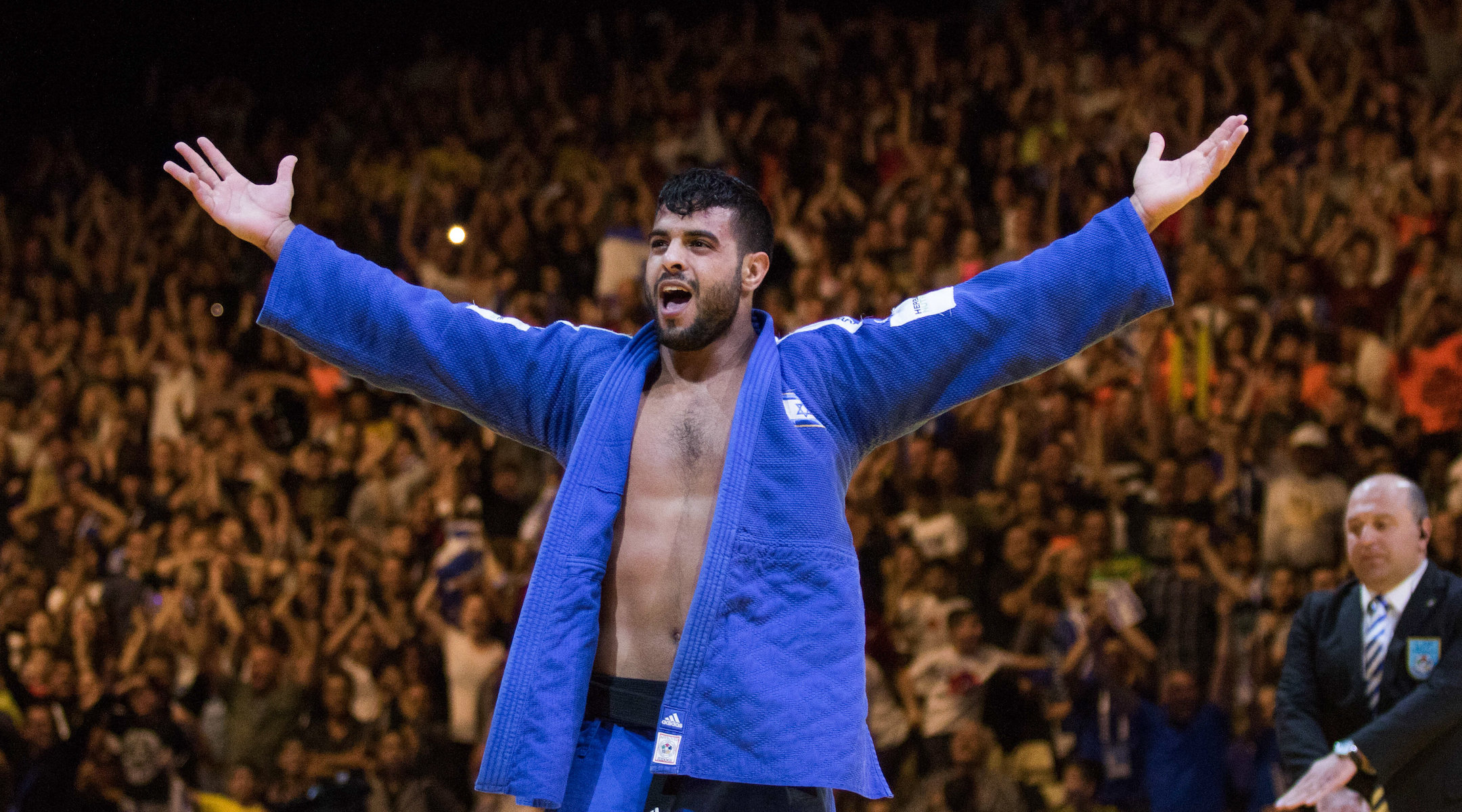 The 2018 European Championships in Tel Aviv had 4,000 spectators, a prodigious number that championship tournaments in Japan sometimes don’t reach.

Israel’s national team is a regular guest at the prime minister’s residence, where they have been invited for photo ops after major successes.

“I usually tell foreign leaders that Israel is a world power in high-tech,” former Prime Minister Benjamin Netanyahu said at such a meeting in 2019. “Now I add that we’re a judo super power, and that’s not self-evident.”

Much of the fascination of many judo fans in Israel stems from their national pride and love of success rather than a genuine appreciation of  the sport, people familiar with the field say. Silent, fast and involving only two opponents in a state of utter concentration, judo inspires neither the ecstatic togetherness of soccer nor the thrill of boxing, where blood and knockouts are common. Fights are over within minutes, sometimes seconds, typically when one opponent flips the other on their back.

“The 2018 European Championship in Tel Aviv was sold out not thanks to the love of judo but because it offered the opportunity to shed a tear with ‘Hatikvah’ on the winner’s podium,” wrote Paz Chasdai, a sports columnist for the Walla website, referencing the Israeli national anthem.

Fans of alternative sports — meaning, in Israel, everything that’s not soccer and basketball — “are hitchhikers in Israel. They don’t love the sports; they’re looking for a winning ticket,” he wrote in 2019.

Romanitsky’s story signifies how crucial aliyah, or immigration, has been to Israel’s judo success. Many of the people who pioneered judo in Israel were immigrants from Europe and Africa.

“In the 1990s, this strong infrastructure got an infusion of talent from the former Soviet Union, where judo was a major sport, and the effects have been phenomenal,” Romanitsky said.

In Russia, the popularity of judo is evinced by none other than President Vladimir Putin, a black belt who competed when he was younger. His mentor and judo coach, Anatoly Rakhlin, was Jewish, and Putin attended Rakhlin’s funeral in 2013.

Judo talent that arrived in Israel from the former Soviet Union included trainers like Pavel Musin, who trained Alice Schlesinger, an Israeli winner of six gold medals in European championships since 2013, and Alex Ashkenazi, who coached Zeevi and headed the Israeli national  team for many years until 2000.

At the 2019 meeting with Israel’s national team, Netanyahu said that Israel’s judo victories “help us reach foreign audiences, including in Arab countries.” But Israel’s outsized presence in the judo world has also created some awkward situations involving Arab and Iranian athletes whose countries boycott the Jewish state as a matter of principle or are in a political dispute with it.

At the 2012 Olympics in London, Ahmad Awad, a judoka from Egypt, was widely thought to have feigned an injury to avoid a fight with Israel’s Tal Flicker. In 2015, a Palestinian judoka declined a match with another Israeli, and an Egyptian one, Ramadan Darwish, declined to shake Zeevi’s hand after losing to the Israeli. The same Egyptian also refused to shake hands in 2012. 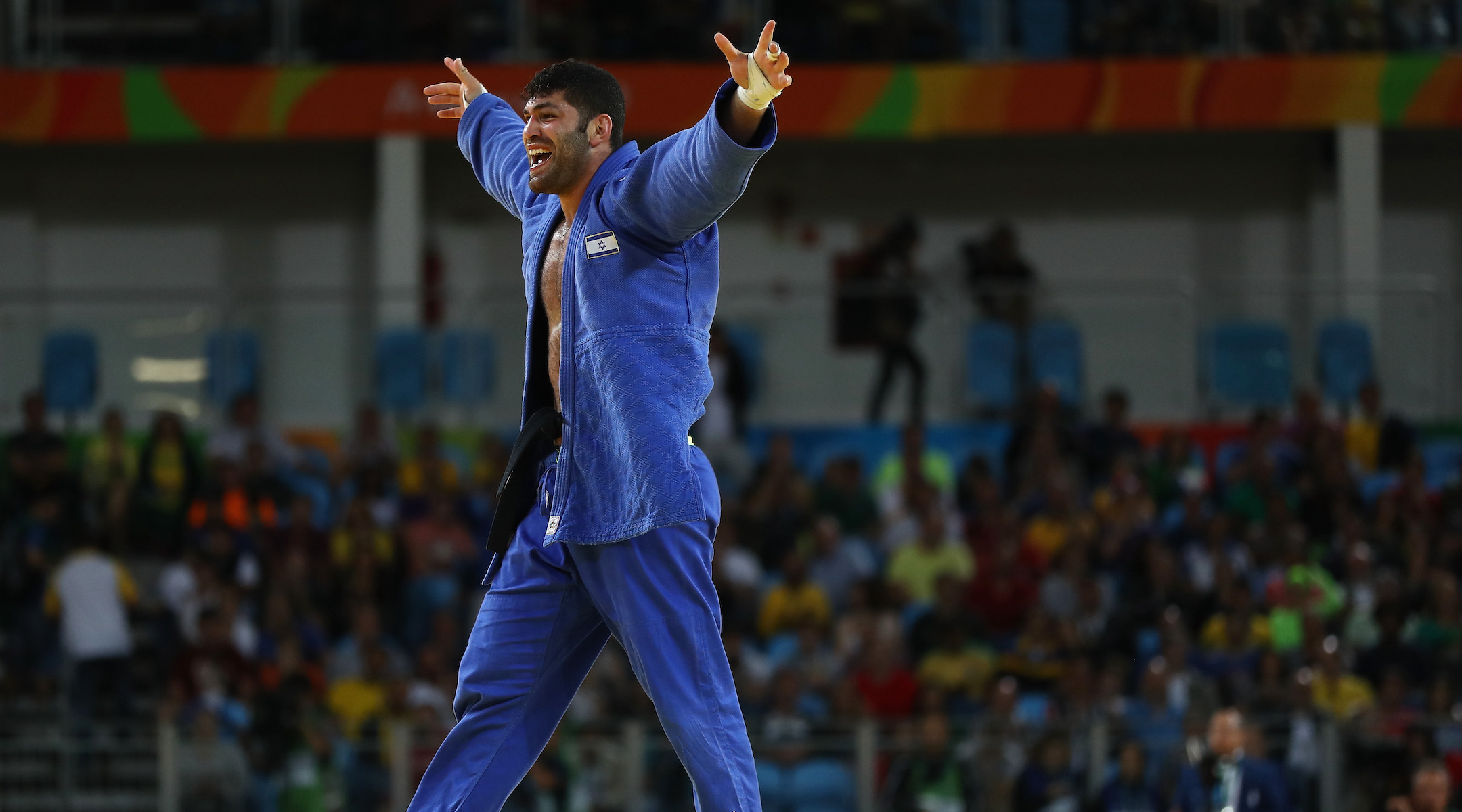 But judo has facilitated some moments of geopolitical cooperation, too. In 2018, the Judo Grand Slam tournament in Abu Dhabi, the United Arab Emirates, became the first major sporting event in an Arab country where Israeli athletes performed under their flag and the Israeli anthem was played. Israel took five medals there. Two years later, the two countries signed a historic normalization agreement.

In February this year, an Iranian judoka, Saeid Mollaei, who had been forbidden to compete against Israelis as per Iran’s policy of nonrecognition of Israel, visited Israel in defiance of authorities in Tehran. He said he felt safe and happy to visit and thanked his “many Israeli friends.”

Mollaei sought and received political asylum in Germany in 2019 after authorities in Iran ordered him not to show up — and technically lose — a fight against Sagi Muki, an Israeli judoka. Mollaei did as he was ordered but then fled for Germany, saying he feared a return following conflict with his superiors over the Tokyo fight.

He holds Mongolian citizenship and competes for that country while living in Germany. In recent months, Mollaei has helped train the Israeli judo Olympic delegation to the 2021 Tokyo Olympics. The formidable 12-person team includes Muki, a former world champion in the under-81 kilogram category; Ori Sasson, the bronze medal winner at the 2016 Olympics; and Timna Nelson Levi, who won bronze at the 2016 European Championships in her weight class of under 57 kilograms.

Though Israel is an international judo powerhouse, the sport may never become as popular there as soccer or basketball. Still, a growing number of Israelis are learning about the nuances of the martial art, a highly technical sport where the untrained eye can easily miss much of the action.

“Judo’s great accomplishment in Israel is to make Israelis, who are used to watching only soccer, really observe the fights,” Chasdai wrote. “Israeli viewers by now know not to rejoice when they see the opponent slammed (wait for the replay!) and can already size up the fighters, aware of the effort and strength the matches require. In short, it has forced us to briefly abandon the soccer superheroes of the Super League — and watch actual sports.”