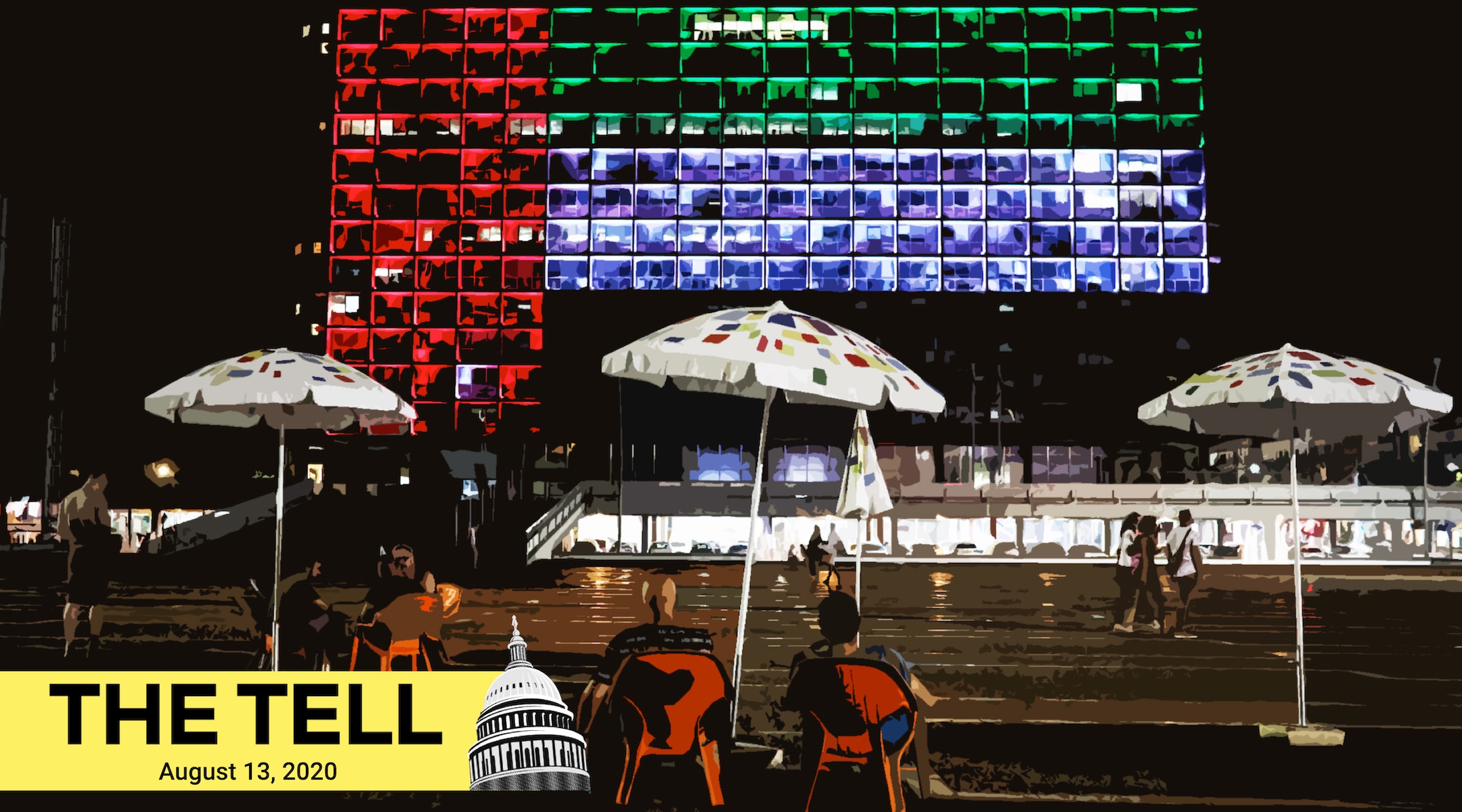 The national flag of the United Arab Emirates is displayed on a Tel Aviv building following the agreement between the UAE and Israel on establishing full diplomatic ties. (Oren Ziv/picture alliance via Getty Images)
Advertisement

(JTA) — The treaty between Israel and the United Arab Emirates is a big deal.

The agreement, announced Thursday in a joint statement from the White House and called the Abraham Accord, means that Israel will now have diplomatic and economic relations with a country that previously did not recognize it. In return for recognition and relations, Israel has pledged to suspend its ambitions to annex parts of the West Bank.

The UAE is a Muslim kingdom in the Persian Gulf made up of seven smaller entities, called emirates, that has huge oil and natural gas reserves. Its metropolis, Dubai, is a wealthy city known as a commercial center for the region. The country borders Saudi Arabia and is only dozens of miles across the water from Iran. It has a tiny Jewish community.

It’s only the third Arab nation that has established official ties with the Jewish state. The treaty means that, in addition to trade, tourism and other exchanges, the two countries can collaborate on treatment for the coronavirus and on countering the influence of Iran, a shared nemesis.

The treaty also boosts the dealmakers themselves and delivers a blow to their various opponents, foreign and domestic.

For an analysis of five winners and four losers from the historic accord, read more here.

Kamala Harris’ stepkids call her “momala” — which sounds just like the Yiddish word “mamele.” Did they know the nickname has a Jewish side to it? That’s unclear. But the moniker is a sign of how the new vice presidential candidate is with her Jewish family.

For a look at where Harris stands on Jewish issues, read on here.

A right-wing Republican congressional candidate in North Carolina, Madison Cawthorn, was criticized this week after a Jezebel article mentioned he visited the Eagle’s Nest — Adolf Hitler’s vacation retreat — and posted a smiling selfie from it. Cawthorn wrote that the Eagle’s Nest was on his “bucket list” and called Hitler “the Fuhrer” (the term of reverence used when he led Nazi Germany). Local Jews, including the Jewish mayor of Asheville, North Carolina, told us that they find Cawthorn’s photo and rhetoric to be “very concerning.”

Marjorie Taylor Greene, a Republican who has espoused the QAnon conspiracy theory (and invoked its anti-Semitic elements), won her primary in Georgia. Trump cheered.

Ilhan Omar, the Minnesota Democrat known to many American Jews as the congresswoman who insinuated that AIPAC pays politicians to be pro-Israel, easily defeated her Democratic primary rival, who had earned significant pro-Israel support. She’s a shoo-in to win her solidly blue district in November. (She also tweeted our story touted “Pro-Israel groups and donors poured money into the race in the hopes of unseating the first-term Minnesota congresswoman” with a GIF of herself saying “We are not deterred. We are not frightened.”)

Alex Morse, the young gay progressive mayor in Massachusetts vying for a House seat who spoke with us last month, found himself at the center of a bizarre controversy that might be manufactured. Last week, the College Democrats of Massachusetts alleged that Morse had inappropriate sexual relations with students at the university where he taught a course on urban government. On Wednesday, however, The Intercept reported that the College Dems had been plotting against Morse since last year in an apparent effort to boost the longtime incumbent he is trying to unseat.

This week marked the third anniversary of the infamous far-right rally in Virginia, which featured plenty of anti-Semitic rhetoric and violence. On our op-ed page, former U.S. ambassador to Israel Daniel Shapiro argued that President Trump, through his widely panned response to the rally, violated George Washington’s promise to American Jews. And Amy Spitalnick described why her Integrity First for America nonprofit is “supporting a coalition of Charlottesville residents in a federal lawsuit against the individuals and groups that orchestrated the violence.” 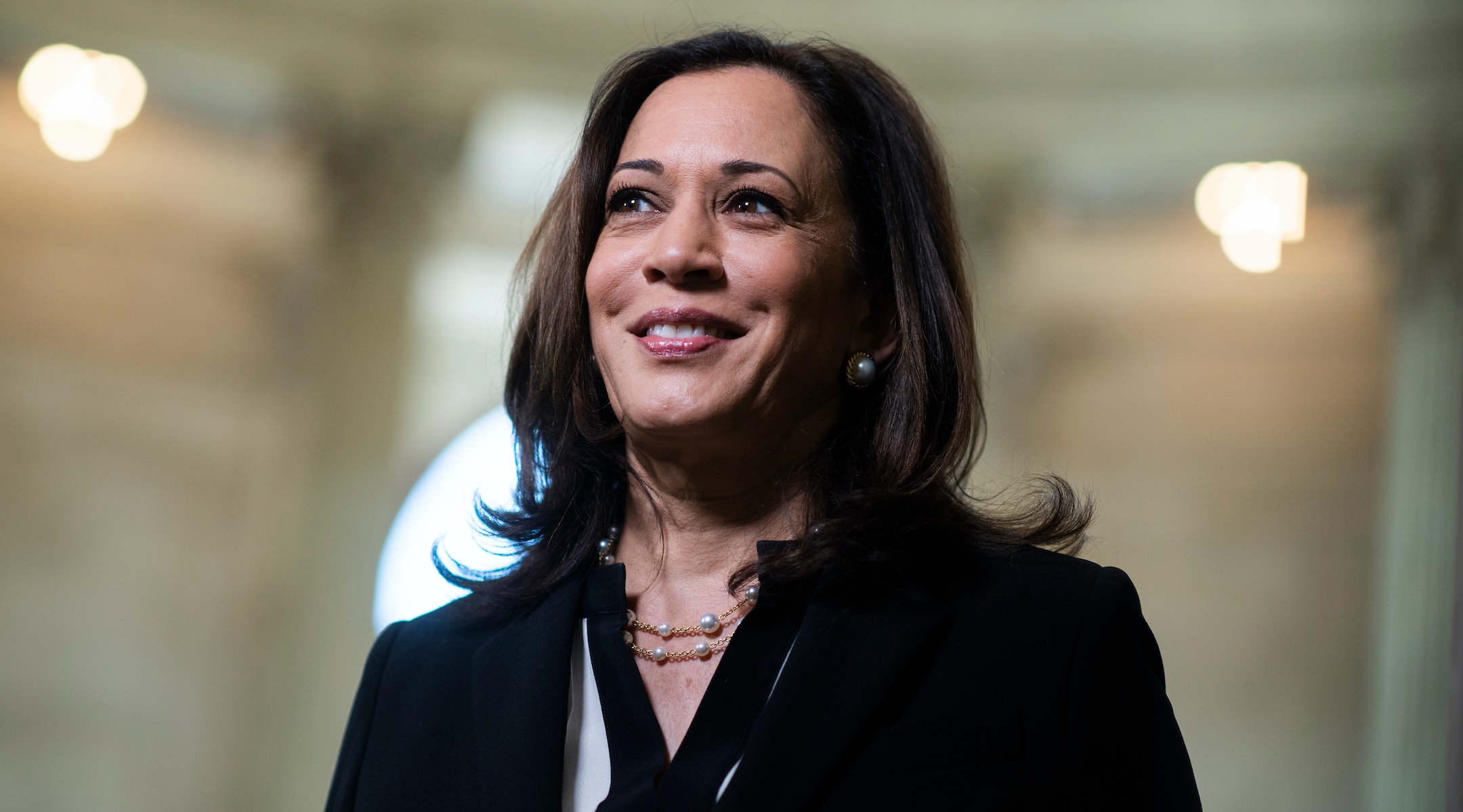 It might sound early to some, but the prospect of an open Senate seat in California — it would be vacated should Kamala Harris help Joe Biden to victory — has already begun the successor conversation, The New York Times reports. The theoretical list of candidates is long — Democratic Gov. Gavin Newsom makes the choice — and includes Rep. Karen Bass, who was in the running to be Biden’s running mate. Among the few Jews to get a mention is Eric Garcetti, the ambitious mayor of Los Angeles who nearly ran for president in this past cycle. However, current Sen. Dianne Feinstein, the Jewish moderate who is now 87, might have a say in the process. 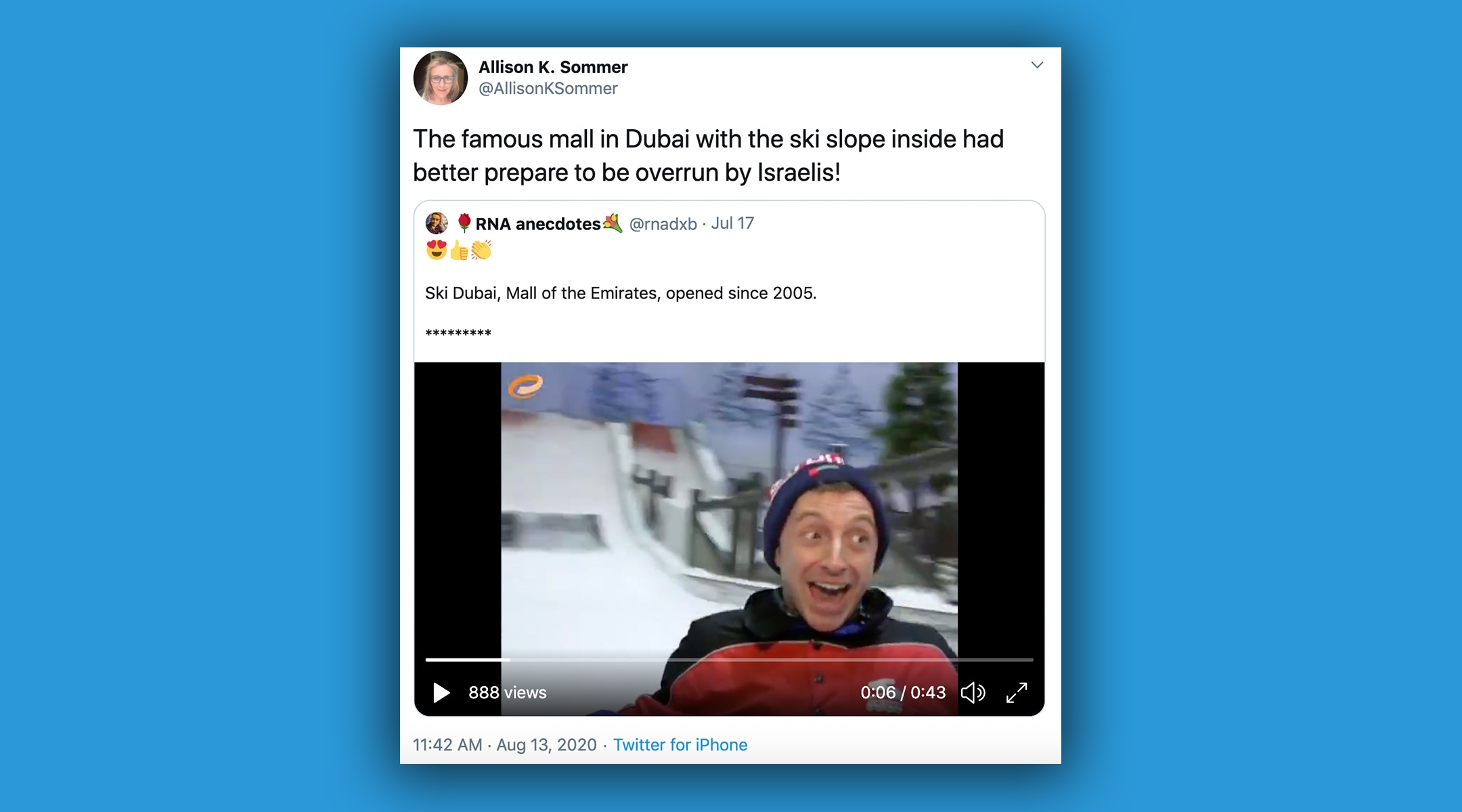 “The famous mall in Dubai with the ski slope inside had better prepare to be overrun by Israelis!”, tweeted Allison K. Sommer

Share your thoughts on The Tell, or suggest a topic for us: email us at thetell@jta.org.