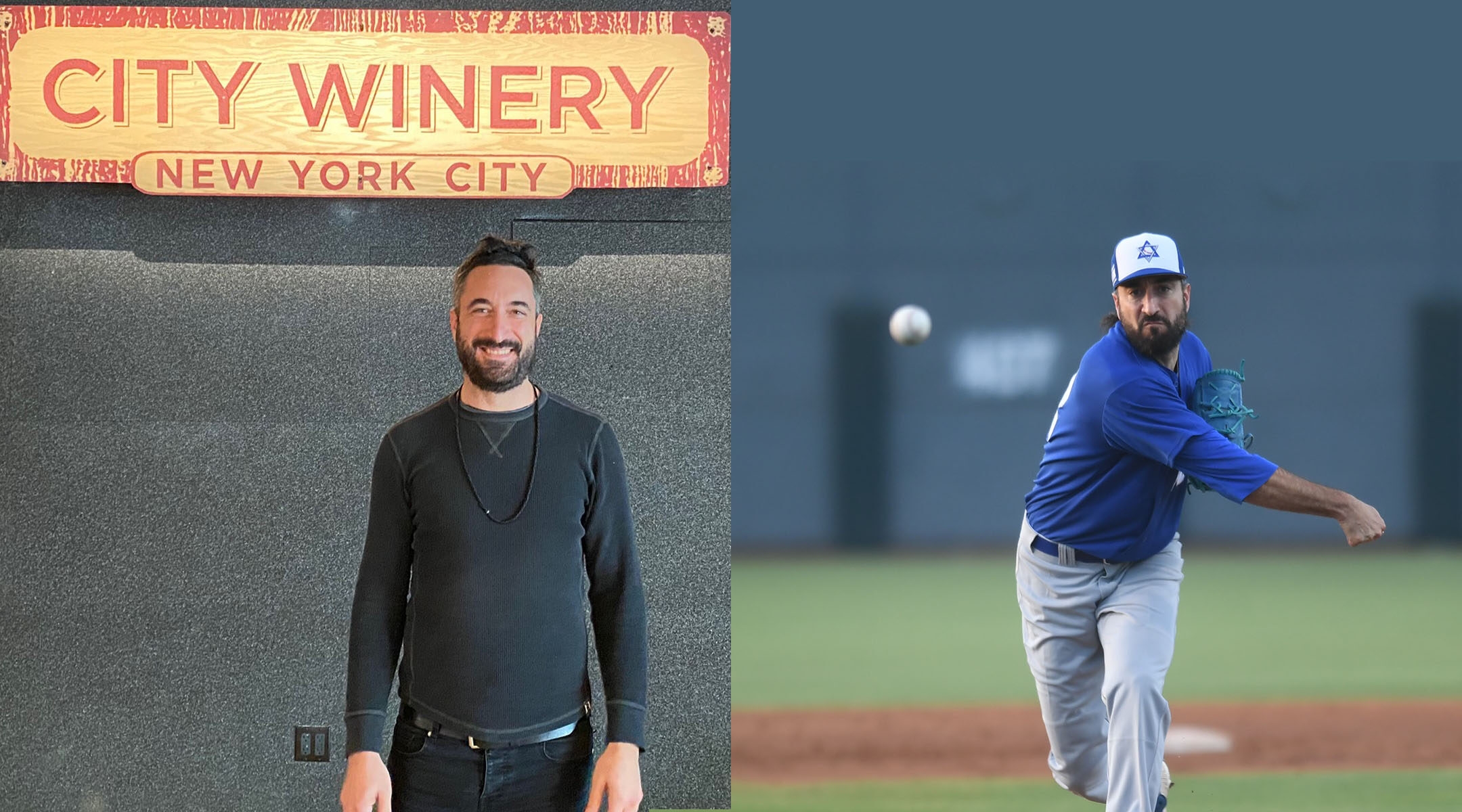 After drinking coffee and listening to a morning news podcast — “The Daily,” from the New York Times —  he would then take the L train from his Brooklyn apartment and head to his job as vice president for programming at City Winery, a music venue and wine bar franchise headquartered on the Hudson River in Manhattan’s Chelsea neighborhood.

There he would dig straight into his emails — an estimated 500-700 per day — and get to work on lining up some of the thousands of shows that the City Winery franchise hosts in its over 10 venues across the country each year. He recently booked, for example, dozens of post-rehab comeback shows for comedian John Mulaney and a cross-country tour for the provocateur pop star Sinead O’Connor (who promptly decided to retire from music after agreeing to the concerts).

But starting in the fall, Lipetz added a new routine to his morning schedule: baseball workouts.

That’s because he is a member of the Israeli baseball team that’s headed to the Tokyo Olympics, which start this week.

The chilled out, baritone-voiced 42-year-old with a mullet happens to also be a 6-foot-4 pitcher who has been known as a pioneer in Israeli baseball since his teenage years in Tel Aviv.

“Anyone who’s in the music business knows just how hardcore the job is. And I think I’m for sure living my dream,” he said on the phone from his office last month. “But I’m probably living other people’s dreams who wish they [weren’t] just stuck in an office. I’m able to do both.” Team Israel poses in a training camp in Arizona in May. (Joel Zolondek)

For people who are both music and sports fans, it does sound surreal — on a normal week, he interacts with music industry stars and insiders, and during international competition season, he plays against some of the best athletes from around the globe.

He’s popular in both worlds, too — Rhett Miller of the country band The Old 97’s and Peter Buck of R.E.M. (who plays in a side supergroup band called The Baseball Project) tell Lipetz that he’s often the topic of conversation in a group text about baseball that they have with other well-known musicians. He also gets free vinyl from many of his musician friends, and in return, he sometimes gives back signed baseballs — they’ve been in high demand.

In Arizona, Team Israel player Ty Kelly — whose locker is normally next to Lipetz’s, because their numbers are close to each other — turned to Lipetz (and the team’s few other Israel-born players) for insight into the recent violent Israel-Gaza conflict, which unfolded while the team was at training camp.

Keeping both gigs has meant a little less sleep than usual for Lipetz and some extra coffee. His typical morning from November until May became: coffee at 6:15 a.m., an hour drive north of the city to a baseball facility in Pleasantville, a 90-minute workout, a drive back to Brooklyn, a quick stop to change clothes, then a walk to the train. Some nights he would continue his workouts after finishing a day of work around 8 p.m.

An intense competitive drive pushes him through it all, he says.

“I just get into my own kind of baseball world, I don’t check my phone. I just like competitiveness,” he said. “I mean I’ll wake up at six o’clock in the morning, have a crazy, crazy week, and it doesn’t matter — I’ll wake up early and go play a baseball game, a doubleheader in, you know, 100 degree weather, just because I love it. It’s just this really purifying experience for me.”

Lipetz isn’t the only multitasker on the team. The Wall Street Journal recently profiled Eric Brodkowitz, a Yale graduate who has been able to keep working remotely as an analyst for Goldman Sachs. Many of the other players are current or former American minor leaguers who have earned Israeli citizenship in order to represent the country and keep their professional careers going. The team’s trainer recently described the squad as “a combination of the Bad News Bears and the Jamaican Bobsledding Team.”

But despite the fact that baseball is not a popular sport in Israel, the team has a chance of winning a medal in Tokyo. Only six teams are competing in the sport, which hasn’t been played at the Olympics since 2008. And Team Israel has impressed the baseball world in recent years, placing a surprise sixth out of 16 teams in the 2017 World Baseball Classic. They are led currently by former major league All-Star Ian Kinsler and Danny Valencia, a former MLB infielder with 96 career home runs.

Only four players on the final roster were born in Israel, and for them, Lipetz has been a trailblazer to look up to.

He played multiple sports in high school in Tel Aviv, where he developed a very specific and relatively attainable dream: not to play in Major League Baseball, but just to play baseball at an American college. That was likely because of the lack of baseball infrastructure in Israel, a country much more into soccer and basketball. During the 1990s, when Lipetz was growing up, the country scraped together just enough players to play in youth tournaments in Europe.

But there weren’t any high-quality fields to practice on. Often, there wasn’t even enough of a budget to stay in hotels in Europe during the tournaments. Once they slept in the basement of a military base, where a rabbi was stationed. Another time they slept in a gymnasium with Polish and Russian players.

“And we just had to smell the sausages that the Russians brought,” he said. “Because they were poor, they would drive across Europe, in their buses, because they had no budget to fly. And they would store these massive pieces of salami inside their suitcases.” 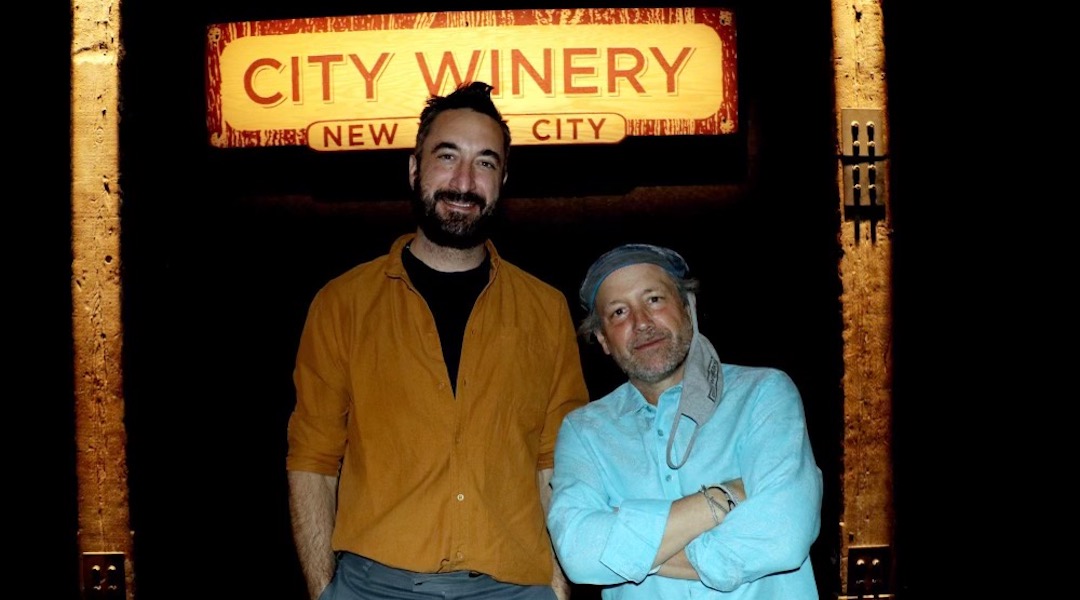 After his mandatory army service following high school, Lipetz achieved his dream, and played at San Diego Mesa College for two years before transferring to the University of California, San Diego, where he excelled as a closer during his final two years of college. He was only the second Israeli to play college baseball in the U.S. (after Dan Rothem, who won the Most Valuable Player award during the first and only season of the Israel Baseball League, in 2007).

When his girlfriend moved to New York City shortly afterward, he followed, playing in semi-professional leagues. During the day, he worked at a restaurant, but he wanted to get into the music business. He had always “hoarded” music records, he said, and thought he might try to work on the music for movies and TV shows.

He found an internship on Craig’s List at a small upstart Jewish music label, called Oyhoo Records. The label’s head was Michael Dorf, who had founded the successful Knitting Factory venue in Brooklyn. In 2008, Dorf opened City Winery, which now has venues outside of New York in Chicago, Boston, Nashville, Atlanta and more. Lipetz was the company’s third employee.

“I really learned from the ground up. Nobody knew that we would open up in eight markets and have 1,400 employees,” he said.

These days, the Israel Baseball Association, with funding from the nonprofit Jewish National Fund-USA, is deep into an effort to popularize the sport in the Jewish state, starting with building multiple baseball fields. IBA President Peter Kurz, a Mets fan and American expat who has lived in Israel for more than three decades, wants the fields being constructed in the central Israeli city of Beit Shemesh to host winter leagues in the near future — similar to those organized in Latin American countries, Florida and other warm places where professional players go to hone their skills during the MLB offseason.

Kurz thinks winning a medal in Tokyo would open Israelis’ eyes to the possibilities of baseball. It excites Lipetz, but he has some complicated feelings about his home country, in particular regarding its government and its views on diversity.

“But you’re representing a country that definitely fills me with pride, and it feels, you know, it reminds me in a sense of being part of something that’s bigger than you,” he added. “I love the country, and I’m proud to be representing Israel.”

He’s also proud to have the dual life that many dream about.

Then it was back to the emails.