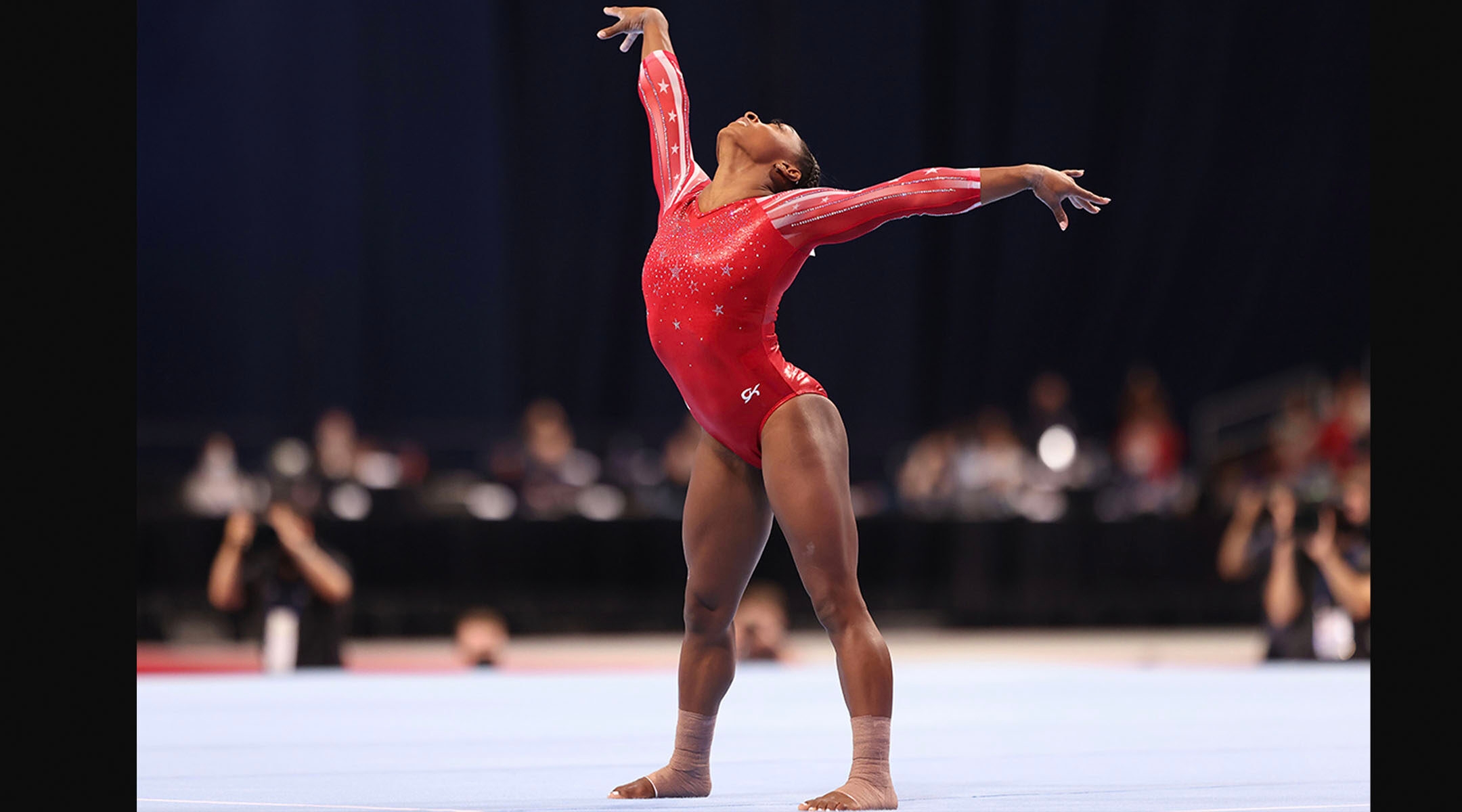 There are quite a few athletes who have been called the G.O.A.T., or greatest of all time: quarterback Tom Brady, basketball player Michael Jordan and swimmer Michael Phelps, just to name a few.

But gymnast Simone Biles? She might just be the best of the bunch. I mean, come on, when was the last time any of them flew through the air, doing a double backflip with three twists?

This level of athletic skill and magnificence is what has made her a mind-blowing seven-time all-around U.S. National Champion, five-time all-around World Champion and five-time Olympic medalist. It’s also what’s making her return to the Olympic stage this year for one of the most highly anticipated athletic competitions of the year.

Farber was born to a Soviet Jewish family in a town near Belarus in 1984. The town also happened to be near Chernobyl. After the 1986 nuclear disaster, and due to the fact that, as Sasha told the Arizona Jewish Post, “we had to keep it quiet that we were Jewish,” the Farbers emigrated to Australia. There, Sasha started dancing. Two weeks before his bar mitzvah, he put together a show and later started training in ballroom dance under teacher Marta Kan.

By 17, Farber had won the Australian Youth Latin Championships twice, represented Australia at the Latin World Championships and been a featured dancer at the closing ceremony for the 2000 Sydney Olympic Games. A little while later, he became an original cast member for the Broadway production of “Burn the Floor,” a show about ballroom.

In 2013 Farber attained the role of professional dancer on the 17th season of “Dancing with the Stars.” Throughout his run on the show, Farber has been paired with celebrities like Snooki, Tonya Harding, Mary Lou Retton, and yes, Simone Biles.

Though Biles and Farber placed fourth on “DWTS,” the pair are aiming higher this time around; with the routine the hope is not only to defend Simone’s gold medal on floor exercise, but her all-around and team titles as well. For the G.O.A.T., choosing Farber to accomplish this monumental task was years in the making.

“Usually, I have a different choreographer, but this year I feel like we needed to be a little bit different — spice it up,” Biles said. “Even whenever I worked with Sasha on ‘Dancing with the Stars,’ we always said, ‘Oh my gosh, if we could do a floor routine, how cool would that be?'”

The selection of Farber and their collaborative back-and-forth is all part of the autonomy Simone has over her routines. “You know, you know yourself better than anybody at this point,” she explained.

For Farber’s part, he comes with an expertise, respect and freshness which will hopefully bring out a previously unseen side of Simone. “She moves like a dancer, no one’s just seen that yet,” Farber revealed.

You can watch Simone and Sasha collaborate on her new floor routine in the fifth episode of the Facebook Watch docuseries “Simone vs Herself” — and you can witness the G.O.A.T. in Olympic action beginning on July 24 on NBC.