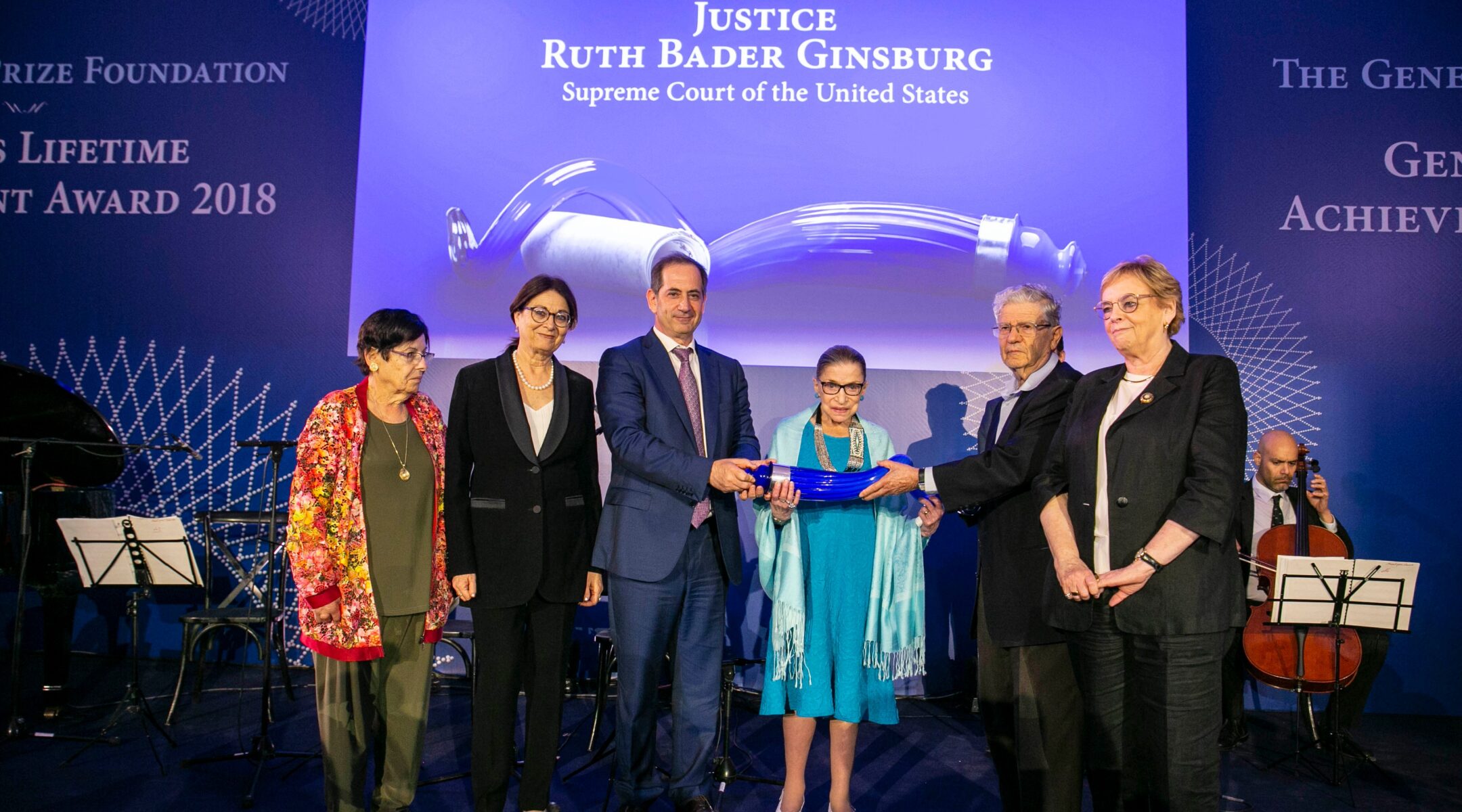 (JTA) — About two years before Ruth Bader Ginsburg died, the Genesis Prize Foundation gave out $3.5 million for gender equity initiatives in honor of the Supreme Court justice. One of the Ginsburg grants has now borne fruit with the release of a report on why there are relatively few female leaders in Jewish institutions — and how to fix the problem.

According to The Chronicle of Philanthropy, Ginsburg reviewed the grants and upon learning about the planned report shook her head, appalled that Jewish organizations were still struggling with a gender gap in leadership.

“[Ginsburg’s] attitude was almost: ‘We’re still doing this?’” Jill Smith, a Genesis Prize official who was with Ginsburg for the review, said in an interview with The Chronicle of Philanthropy.

The organization that went on to do the study is called Leading Edge. Founded in 2014, Leading Edge advises Jewish nonprofits on how to retain employees and foster their development into leaders. (70 Faces Media, the Jewish Telegraphic Agency’s parent company, has participated in Leading Edge surveys.)

In this instance, the group’s focus was on gender, and it found signs that women are gaining more representation on boards and in executive offices. Women now lead nearly half of all Jewish federations, according to the study, which also noted that high-profile executive openings at the JDC and the Jewish Theological Seminary were filled by women last year.

But overall, the survey found, women still tend to run smaller nonprofits and programs. Most Jewish summer camps are run by men, as are nearly two-thirds of Jewish community centers and all but one of the 17 federations serving large metropolitan areas.

“The persistent leadership gender gap means that we are not leveraging the talent, experience, and perspective of all the leaders in our community,” Gali Cooks, the president and CEO of Leading Edge, said in a statement.

The gender gap in leadership is a problem for the wider nonprofit world, according to The Chronicle of Philanthropy, and evangelical Christian organizations tend to have a larger imbalance than Jewish ones.

To produce the report, Leading Edge researchers spent two years on surveys, workshops and listening sessions about the perceived causes of the gap, reaching 1,200 people. In that effort, the researchers identified 71 causes and synthesized them into five recommendations on how to bring about change.

The report says that existing leaders should make gender diversity a priority in recruiting new leaders, and that overall staffing practices should incorporate diversity, equity and inclusion strategies.

Two of the recommendations have to do with bias. Prevailing perceptions about what qualities are desired in a leader can lead to prejudices against women, the report says. Meanwhile, many believe that a top leader cannot also be a primary caregiver, leading to detrimental assumptions about candidates who are mothers.

Lastly, the report calls on men to become advocates on the issue of leadership diversity.

The report, which looked at gender from a binary prism, acknowledged trans and nonbinary identities in a footnote and called for further studies.