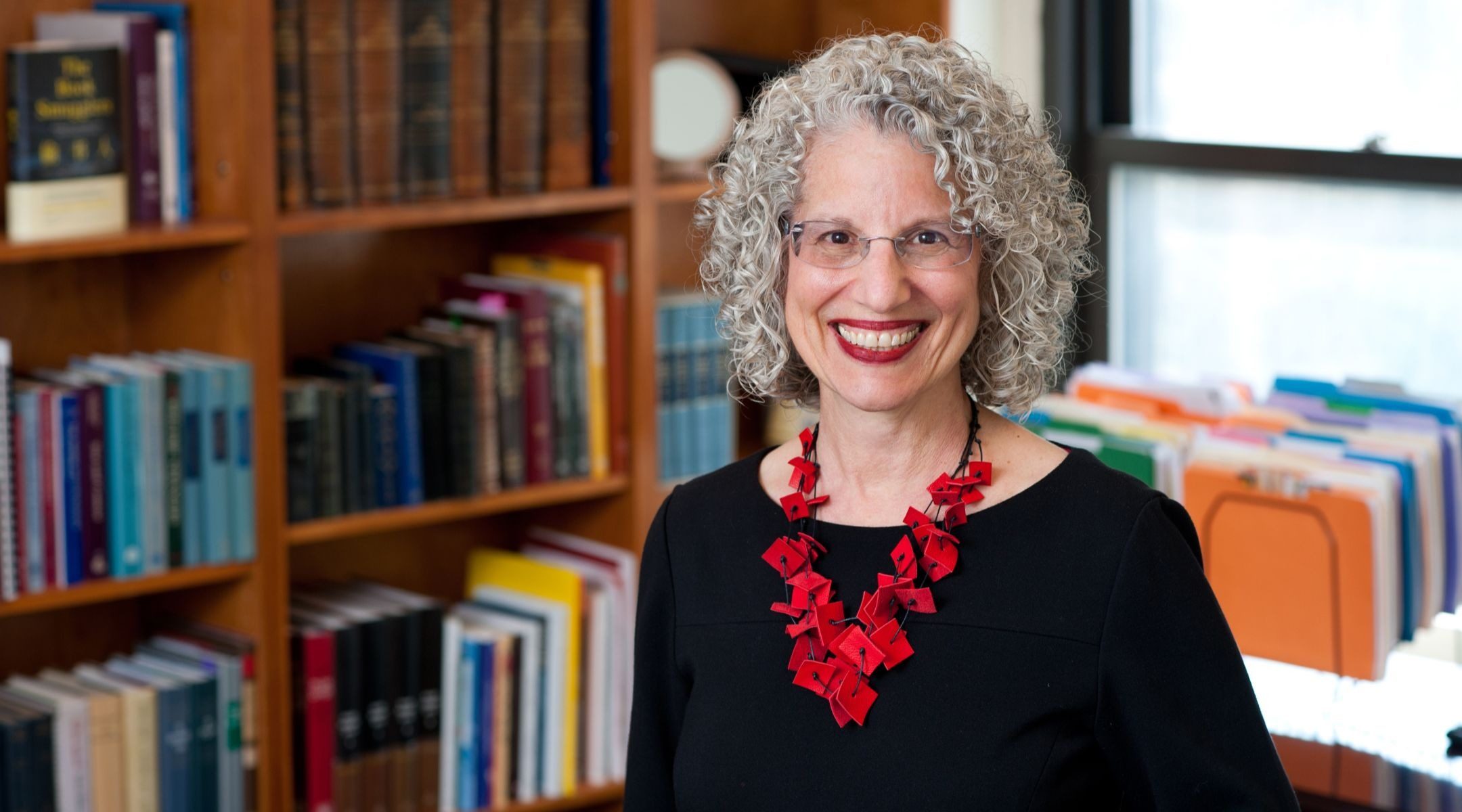 (JTA) — Shuly Rubin Schwartz, an expert on Jewish American history and longtime professor, will be the first woman chancellor in the 134-year history of the Jewish Theological Seminary.

Schwartz, who served as provost — also the first woman in that position — will be eighth chancellor in the seminary’s history when she assumes the post on July 1. She succeeds Arnold Eisen, who served for 12 years and will remain on the faculty of the Conservative movement institution.

Schwartz has played an “instrumental role” in transitioning the school to virtual learning in response to the coronavirus crisis, the seminary said in a statement.

“For over a century, JTS has played an essential role in fueling the intellectual, religious, and communal vitality of Jewish life — through the leaders it graduates and the ideas, resources, and values it disseminates,” Schwartz said in the statement. “My priority will be executing our academic vision in a post-Covid-19 world, and I look forward to leading JTS as it continues to evolve in meeting the needs of the next generation of Jewish scholars and leaders.”

Schwartz was dean of List College, the seminary’s undergraduate dual-degree program with Barnard and Columbia, for 25 years. For the past 10 years, she also was dean of the Gershon Kekst Graduate School, where she pioneered the creation of a master’s program in Jewish ethics, a joint Jewish ethics master’s/master’s of public health with Columbia, and a new certificate program in ethics and social justice. She has been teaching American Jewish history throughout her tenure of more than three decades at the seminary.