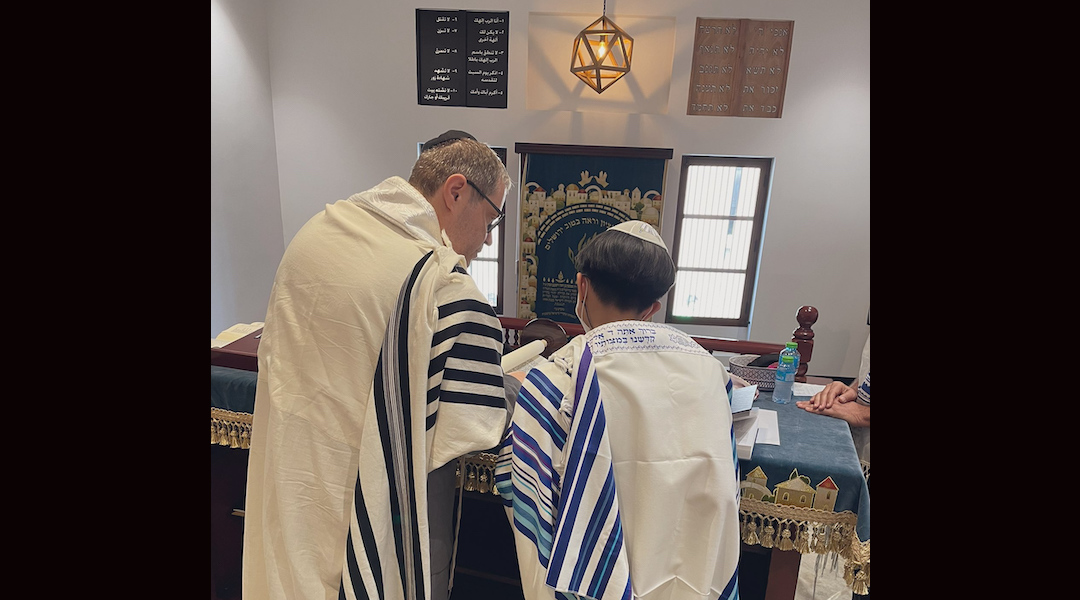 A photo of the bar mitzvah boy in Bahrain. (Courtesy of Association of Gulf Jewish Communities)
Advertisement

(JTA) — The Jewish community of Bahrain celebrated the country’s first bar mitzvah since 2005.

The bar mitzvah ceremony took place in the House of the Ten Commandments in Manama, the kingdom’s only operational synagogue, according to a release from the Association of Gulf Jewish Communities, which coordinates and promotes Jewish life in the region.

The bar mitzvah boy, who was not named in the release, read from a Torah scroll donated by Jared Kushner, the adviser to former President Donald Trump. The bar mitzvah ceremony comes about a year after Bahrain signed a normalization accord with Israel that Kushner helped broker. Israel has signed or committed to similar agreements with the United Arab Emirates, Morocco and Sudan.

There are currently about 50 Jews living in Bahrain. According to the release, Jews in Oman recently celebrated a bat mitzvah, though it did not provide further details in order to protect the family’s privacy.

“It is a very exciting time for Jewish life in the GCC as more families celebrate Jewish milestones more publicly,” read a statement by Rabbi Eli Abadie of the Association of Gulf Jewish Communities, referring to the Gulf Cooperation Council, a regional alliance. “This is an affirmation of the continued growth of Jewish life in the region.”