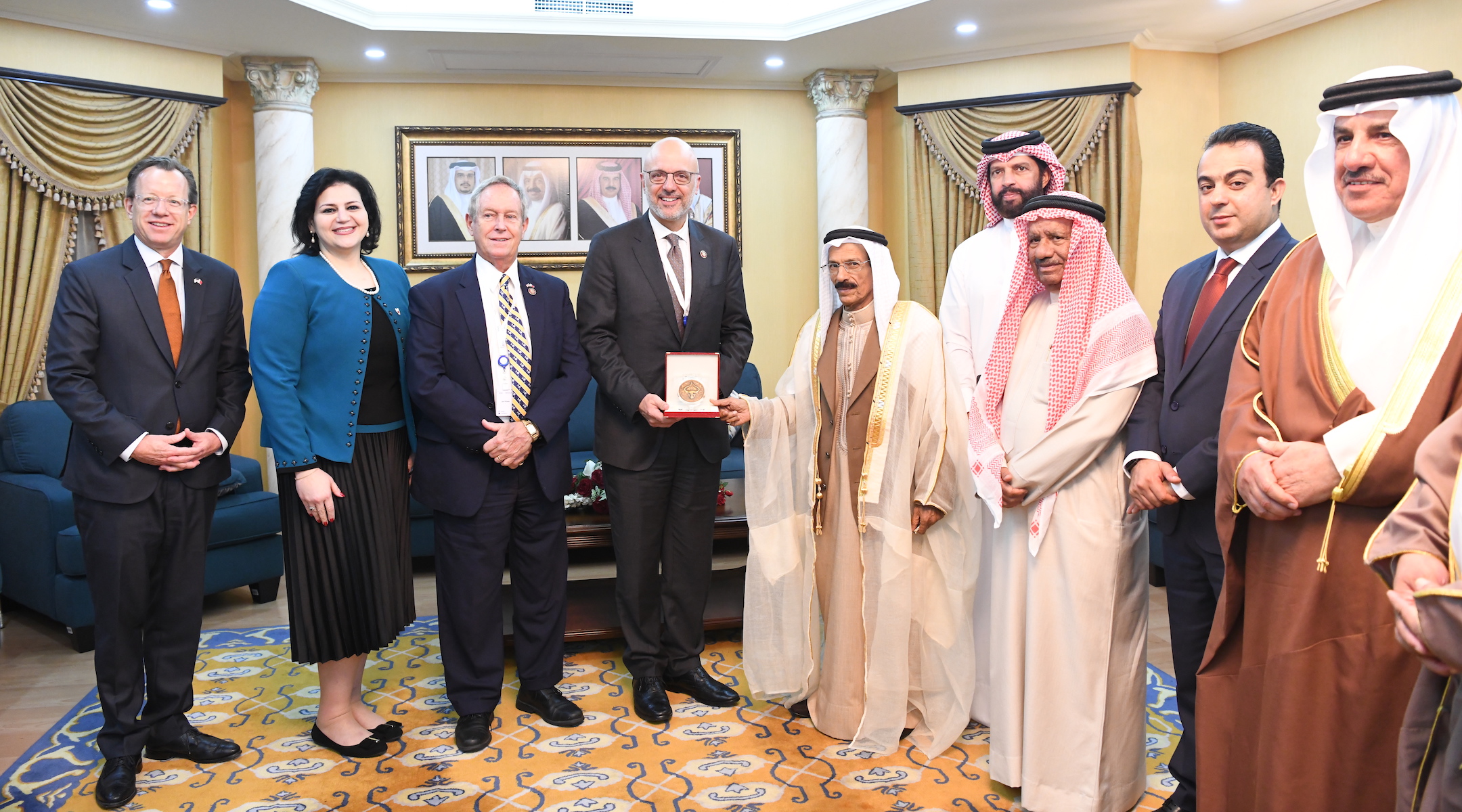 (JTA) — Ebrahim Dahood Nonoo, the leader of Bahrain’s tiny Jewish community, was among the Gulf country’s approximately 50 Jews who thought peace with Israel would never arrive “in our lifetimes.”

“It just didn’t seem possible,” Nonoo told the Jewish Telegraphic Agency from Manama, the capital city where he lives with his wife.

Tuesday’s signing of the agreements called the Abraham Accords is expected to open up routes for collaboration, trade and travel between Bahrain and Israel, which had all been restricted. It will have a significant impact on Bahrain’s Jews, many of whom have relatives in Israel  they have not been able to visit.

Bahrain’s Jews weren’t the only ones shocked when President Donald Trump announced that he had brokered peace agreements between Israel and two Arab states, the United Arab Emirates and Bahrain, within a month of each other.

Israel only has relations with two other Arab nations in the region, and most of its neighbors have long isolated the Jewish state and at times even gone to war with it.

“We can talk to our relatives and we can feel more comfortable now about going and coming. It actually changes quite a lot,” said Nonoo, a businessman who in 2001 became the first Jewish person appointed to serve on to the country’s Shura Council, the upper chamber of its National Assembly. 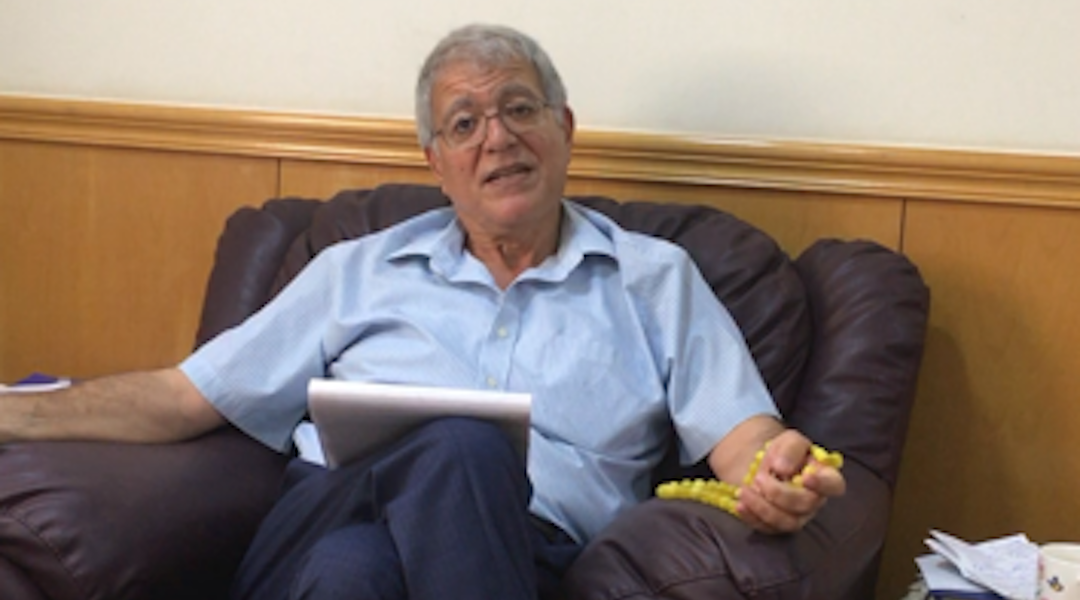 Ebrahim Dahood Nonoo’s family has been in Bahrain since the late 1800s. (Courtesy of Nonoo)

The Jewish community in Bahrain, an island nation of some 1.5 million people, dates back about 140 years to the late 1800s, when a group of Iraqi Jews arrived in search of economic opportunities. Many were poor and lacked education but found jobs, and eventually success, in the clothing industry. Nonoo’s grandfather came as a 12-year-old together with his uncle and found a job picking silver threads out of discarded dresses and selling them.

“They were kind of misfits coming out of Iraq,” Nonoo said of the first arrivals. “In other words, they weren’t getting anywhere in Iraq, so they decided to try their luck in Bahrain.”

A smaller number of Jews also settled in Bahrain from Iran at around the same time. At its height in the 1920s and ’30s, the community had about 800 members, according to Nonoo, though others have said the number was as high as 1,500. Though community members mixed socially with Bahraini Muslims, they mainly married within the community and lived close to each other in Manama. Members continued to speak a Jewish dialect of Iraqi Arabic and still do.

In 1935, a member of the Cartier family, the Jewish clan who founded the eponymous jewelry company, passed through on a business trip and ended up donating money to build a synagogue and bring in a rabbi, according to Nonoo. Over the next 10 years, the community continued to flourish economically and gathered in the synagogue for services.

“[That] was a fantastic time for all of them,” Nonoo said.

But things took a turn for the worse following the 1947 U.N. Partition vote, which recommended the creation of a Jewish state in then-Palestine alongside an Arab one. The move led to anti-Semitic riots throughout the Arab world, including in Bahrain.

A group of rioters — Nonoo said they were migrants from other Arab countries — burned the synagogue to the ground and stole the country’s only Torah scroll. Most of the community left after the attack or in the decade and a half following, settling in Israel. 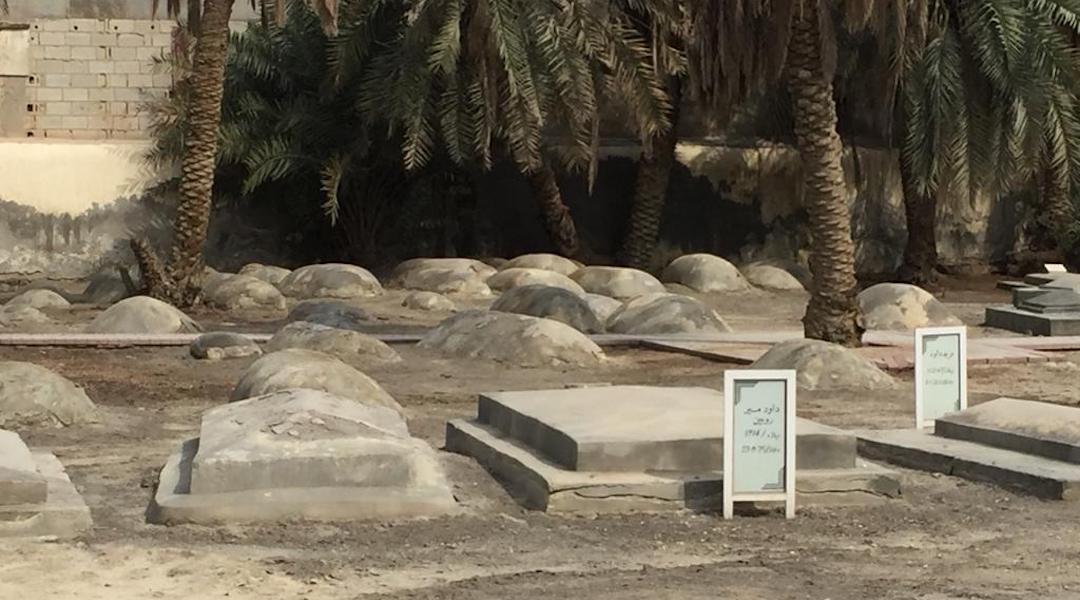 Manama still has a functioning Jewish cemetery. (Courtesy of Nonoo)

The few who remained or their descendants make up the 50 or so Jews living in the country. There is an active Jewish cemetery, but the synagogue — rebuilt by Nonoo’s father in the 1980s — never officially reopened and most of the community continues to pray at home. Nonoo is renovating the building and hopes to reopen it next year as a house of worship and museum.

The moment Jared Kushner gave His Majesty King Hamad bin Isa bin Salman al-Khalifa of the Kingdom of Bahrain a Torah scroll for a Synagogue in Bahrain pic.twitter.com/RvPif5x51I

Most of the community members today are financially successful and continue to be represented in the Shura Council, which has designated a seat each for representatives of the country’s Jewish and Christian populations. Nonoo’s successor was Houda Nonoo, who later went on to serve as Bahraini ambassador to the United States. She was succeeded by Nancy Khedouri, a relative of the powerful Kadoorie family, a Hong Kong-based Jewish family of Iraqi origin who went on to become one of the wealthiest families in Asia (and transliterated the surname differently). Houda Nonoo and Khedouri are Ebrahim Nonoo’s cousins.

“It is indeed a privilege to be part of the Law-making process with my multi-faith Colleagues, where we all enjoy Equality and Freedom of Expression and where we continue to strive to draft out Laws to be implemented, that will be fair, serving in the best interests of our Country and to all Citizens, regardless of Religious differences,” Khedouri told JTA in an email. 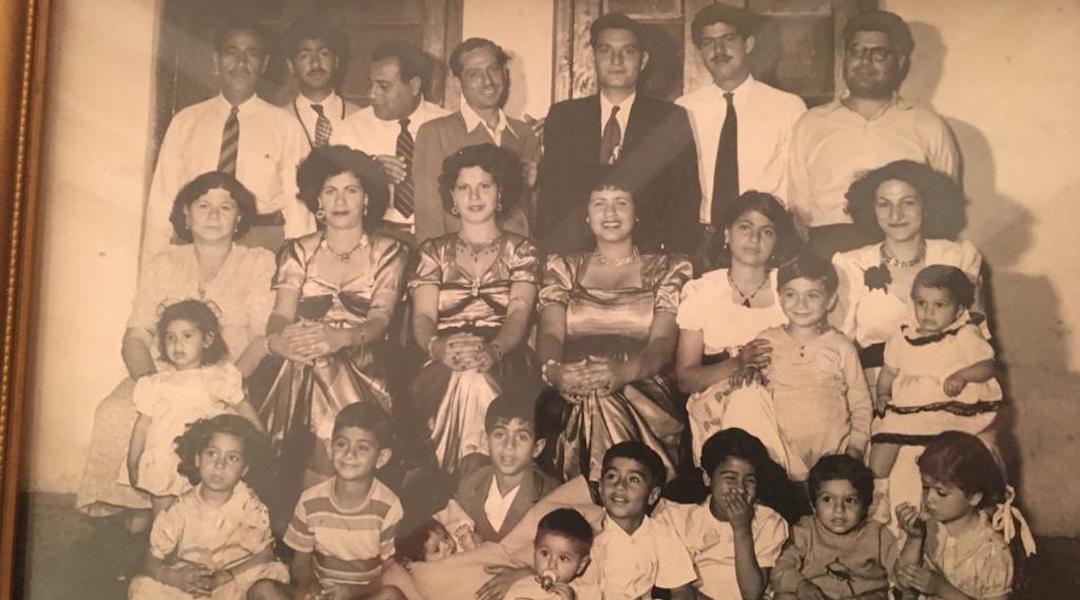 Ebrahim Nonoo’s family can be seen here in a family photo taken in the 1950s in Bahrain. (Courtesy of Nonoo)

Still, the local Jewish community is aging, as many young people leave to study abroad and often choose to remain in other countries after their studies — including Nonoo’s children, who both live in the United Kingdom.

“Hopefully they’ll be back soon,” he said.

Nonoo hopes the new agreement with Israel will turn around the trend and that plans to build the Abrahamic Family House, a site that will host a church, mosque and synagogue in the nearby United Arab Emirates, may draw more Jews to settle in the Gulf.

“We are very, very happy to see that that’s going to be a place that many Jews can stay in the UAE and build up families there, so we’re hoping that with that we will get Jews coming to Bahrain,” he said.

For his part, Nonoo doesn’t see himself settling anywhere else.

“Our religion is Jewish, but really our culture is very Arabic, and we feel very at home,” he said. “I honestly could not see myself living anywhere else.”