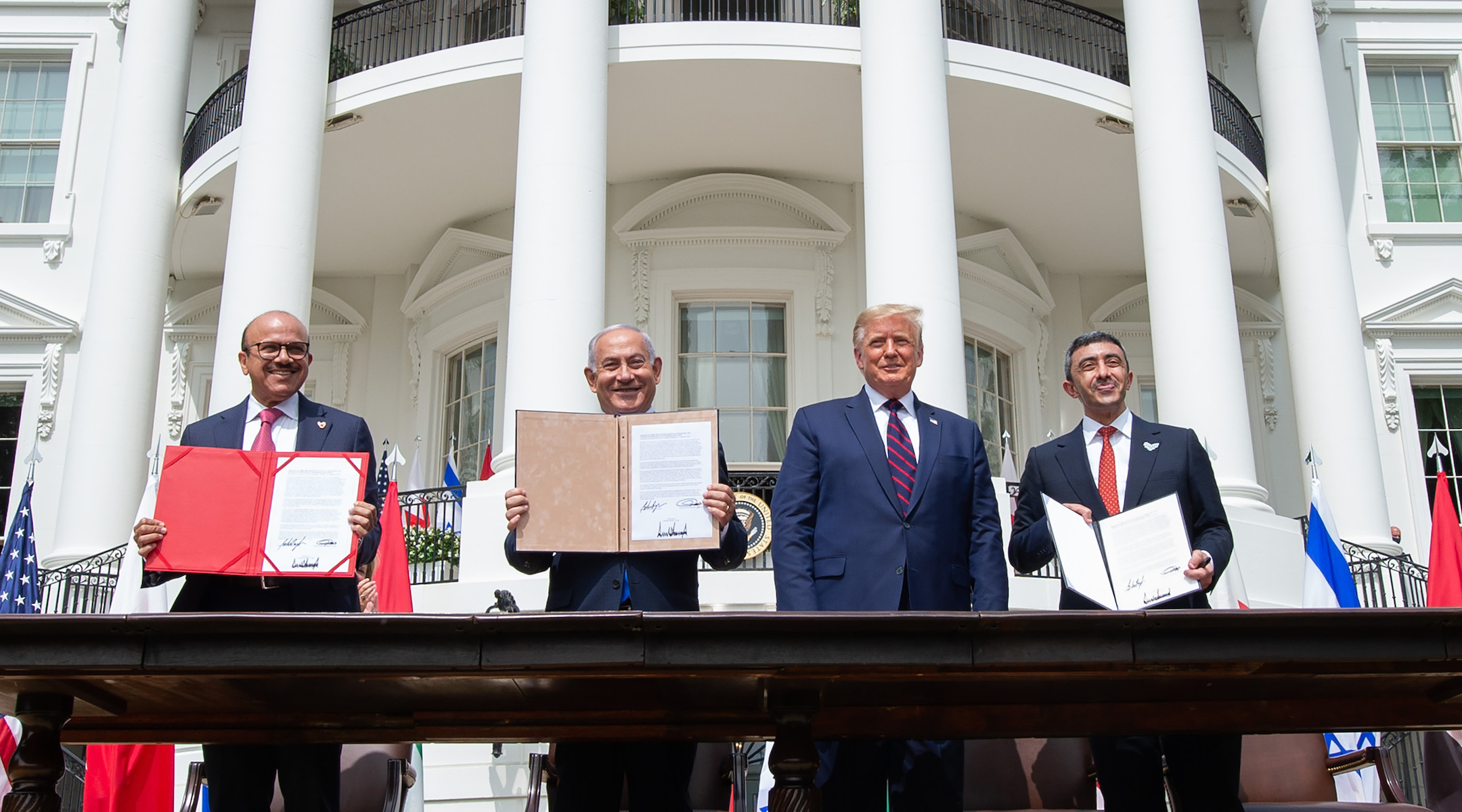 (JTA) — Israel signed peace treaties with the United Arab Emirates and Bahrain at the White House on Tuesday, with President Donald Trump calling the moment the “dawn of a new Middle East.”

Details about the separate treaties have yet to be disclosed, but they broadly normalize relations between the two Arab countries and Israel, including the opening of embassies in each of the nations for the first time.

The UAE and Bahrain join Egypt and Jordan as the only Arab countries to have peace treaties with Israel.

Trump signed the agreements along with Prime Minister Benjamin Netanyahu of Israel and the foreign ministers of the two Arab nations, Abdullah bin Zayed Al Nahyan of the UAE and Khalid bin Ahmed Al Khalifa of Bahrain.

Netanyahu said at the South Lawn ceremony that the agreements “will eventually expand to include other Arab states, and ultimately it can end the Arab- Israeli conflict once and for all,” though he did not specifically mention the Palestinians.

In conjunction with the agreement, the United States has reportedly assured the UAE that Israel would pause West Bank annexation efforts until at least 2024. The UAE wants to purchase F-35 advanced fighter jets from the United States, which has a legal obligation to maintain Israel’s qualitative military edge. Israel has ordered 50 of the planes.

Netanyahu has denied that he agreed to the sale in order to achieve the agreement and leading Democratic lawmakers have come out against the plan.

“Today, we are already witnessing a change at the heart of the Middle East, a change that will send hope around the world,” the UAE’s foreign minister said.

As he spoke, rockets were fired from Gaza at southern Israel. Palestinian leaders have expressed outrage at the Arab countries for abandoning the Palestinians’ fight for an independent state.