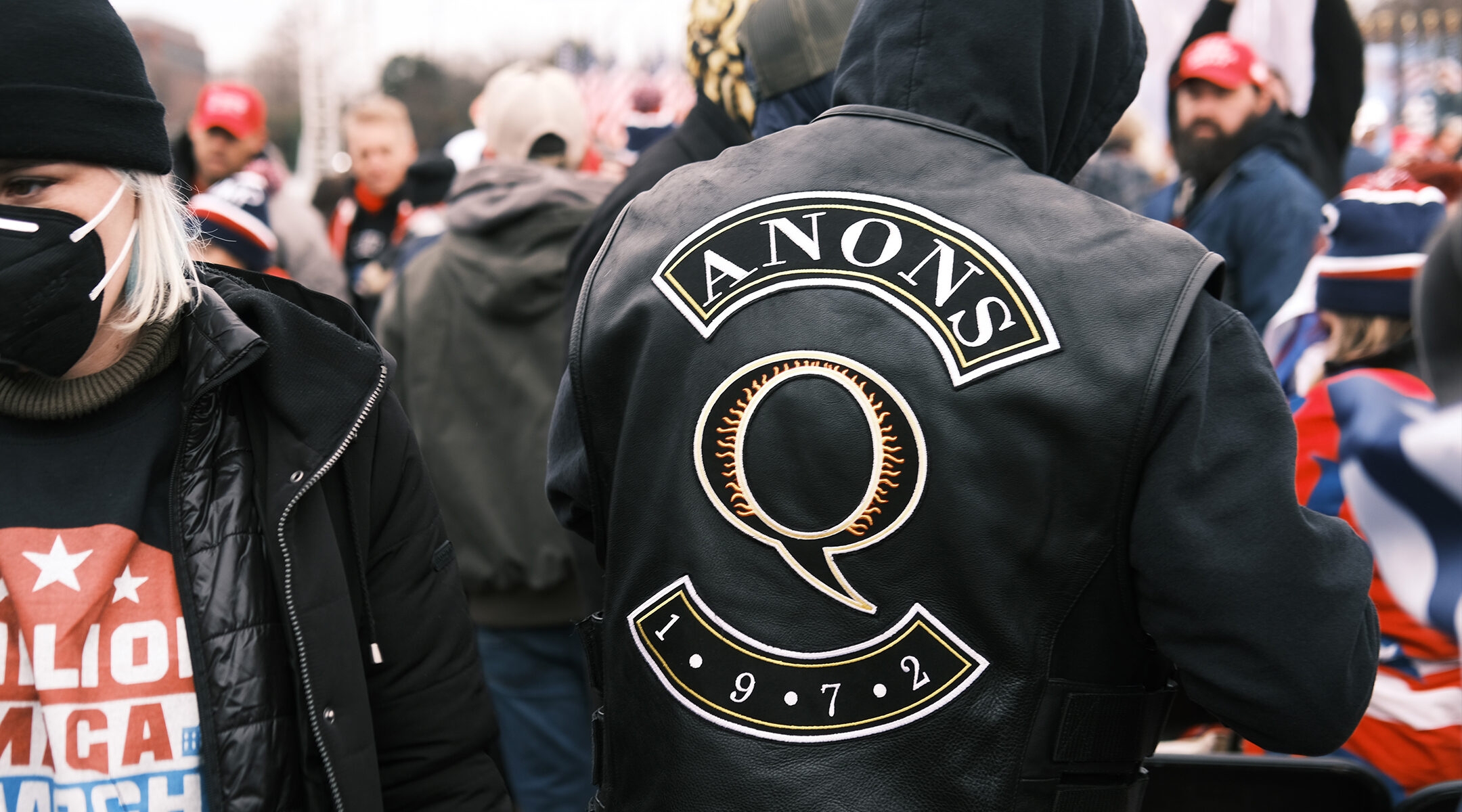 (JTA) — A popular, vociferously antisemitic promoter of the pro-Trump QAnon conspiracy theory was identified as an evangelical Christian man from Florida.

The man, who goes by GhostEzra on the encrypted messaging app Telegram, has more than 300,000 followers and posts “explicit Nazi propaganda, including outright Holocaust denial and a slew of conspiracy theories that often range from obliquely to explicitly antisemitic,” according to Logically, an organization that tracks disinformation online and uncovered his identity.

Among materials the man has posted is a 12-hour film that claims Jews created communism in order to dominate the world. GhostEzra’s Telegram channel, according to Logically, has effectively become a neo-Nazi chat room.

According to Logically’s investigation, GhostEzra is a pseudonym for Robert Smart, an evangelical Christian man who lives in Florida. Smart, as GhostEzra, had posted photos and other identifying markers that, perhaps ironically, situated him in an area of southeast Florida with a large Jewish population — near the cities of Boca Raton and Boynton Beach.

Logically also sussed out Smart’s identity through customer reviews he had left on Google and Yelp using the same name and avatar seen in one of GhostEzra’s Telegram posts. In one instance, he left a one-star review of an Orthodox synagogue in Boca Raton, writing, “Not nice.”

Logically’s investigation appears to put the question of GhostEzra’s identity to rest. At one point, suspicions had swirled that the account was run by Ezra Cohen-Watnick, a Jewish Donald Trump administration official who once worked with Michael Flynn and later was appointed to a senior Defense Department post. Flynn was briefly Trump’s national security adviser before resigning because he lied to the FBI, and has since become a celebrity among followers of QAnon.

But Cohen-Watnick’s lawyer, Mark Zaid, wrote on Twitter in March that GhostEzra’s posts were the “usual conspiracy laden Q’Anon garbage” and that Cohen-Watnick was not associated with the account.

In fact, Logically reported that GhostEzra’s antisemitic conspiracy theories have become too extreme even for some other leading promoters of QAnon, a theory that falsely claims Trump is fighting a secret cabal of Democratic elites who kidnap and abuse children, and harvest their blood. Scholars have said that QAnon’s claims of worldwide conspiracy and child murder for blood have their roots in age-old antisemitic canards.