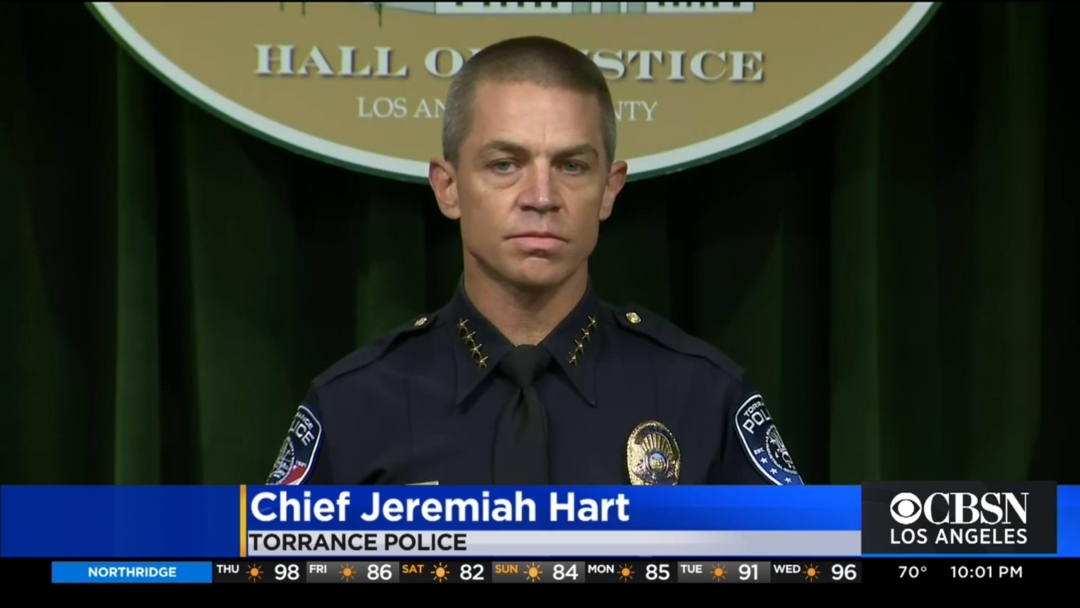 (JTA) — The Los Angeles County District Attorney charged two former police officers with vandalism for allegedly spray-painting a swastika on the back seat of an impounded car.

The investigation into the vandalism also uncovered messages exchanged between the two former officers in Torrance, a city in Los Angeles County, and at least another 13 officers that included racist, homophobic and antisemitic statements, CBS2, the local CBS affiliate, reported last week. The 13 other officers were placed on leave.

Torrance officers responding to a report of mail theft on Jan. 27, 2020, impounded a car they believed to be implicated in the alleged crime. When the owner retrieved the car he found a happy face spray-painted on the front seat and a swastika spray-painted on the back seat.

The DA is still considering whether the charges rise to the level of a hate crime.