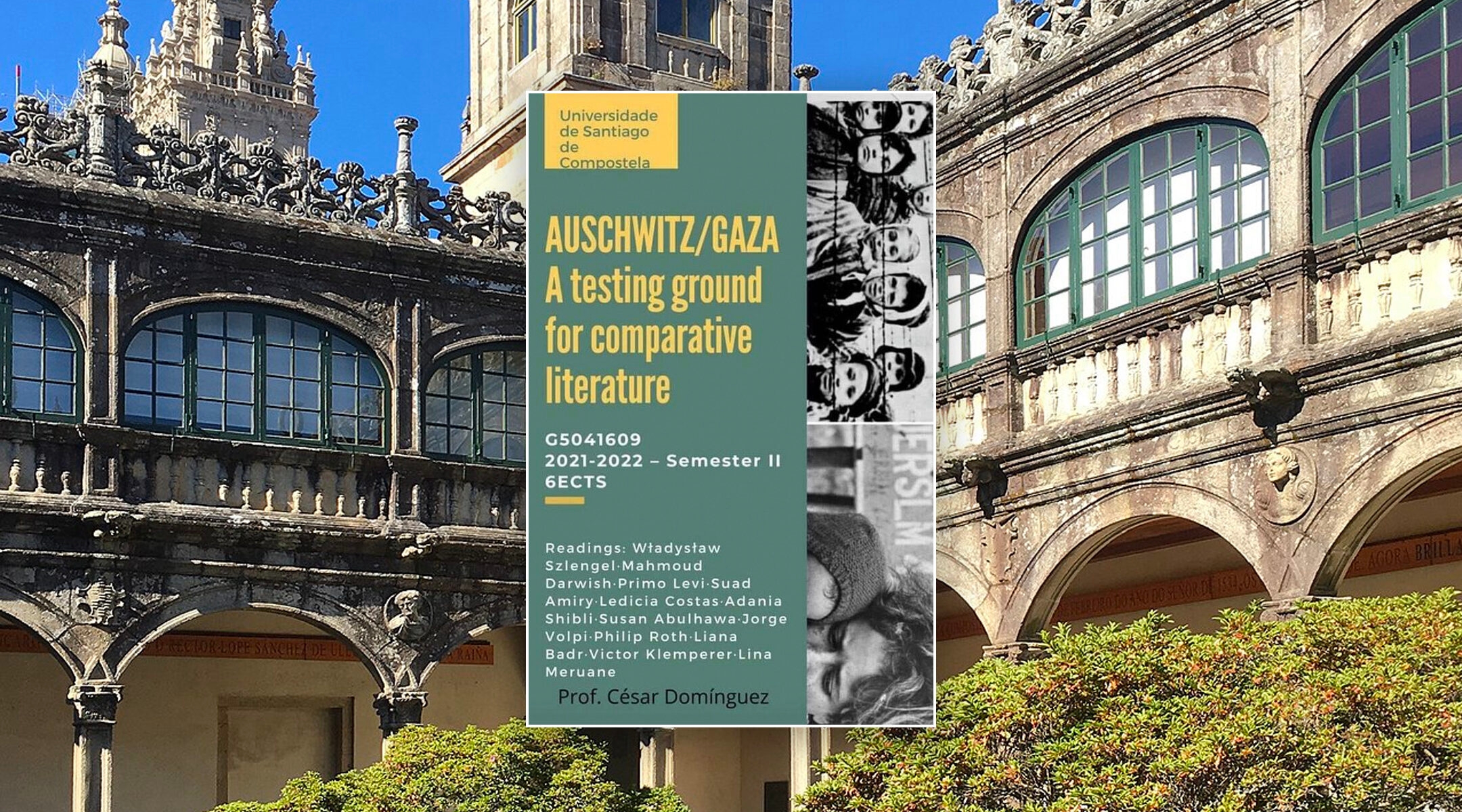 A flyer for the course titled "Auschwitz/Gaza: A testing ground for comparative literature. (Wikimedia Commons)
Advertisement

MADRID (JTA) — After taking criticism from several Holocaust scholars and Jewish organizations, a Spanish university has canceled a course titled “Auschwitz/Gaza: A Testing Ground for Comparative Literature,” according to the European Jewish Congress.

The course at the University of of Santiago of de Compostela in Galicia trivialized the Holocaust by comparing it to the Israeli-Palestinian conflict, Jewish groups argued. The Simon Wiesenthal Center condemned the seminar in a letter sent Monday to Spain’s minister of universities, Manuel Castells Oliván.

“This very title and expected content is not an issue of ‘freedom of expression,’ but a banalization of the Holocaust, which can incite to hatred and violence against Jews of today,” wrote Shimon Samuels, the center’s director for international relations.

The university has not commented, but the European Jewish Congress reported the cancellation on Wednesday. The course was to be taught through the Faculty of Philology in the Comparative Literature Department.

Mario Sinay, a specialist in Holocaust education, told an Argentine Jewish radio station on Tuesday: “I am totally outraged at the trivialization of the Holocaust in its fullest form, disguised as intellectualism and presented as a rational discourse, in the framework of a Spanish public university.”

The Galician Association of Friendship with Israel organization, located in the autonomous northern Spanish region, had also issued a scathing statement on Facebook.

“There is a majority consensus in considering, as a clear form of contemporary antisemitism, the trivialization of the Holocaust and the comparison of the Jewish genocide with the Israeli-Palestinian conflict,” it read.