In our season of reckoning, what to remember when abuse stories break in Jewish communities 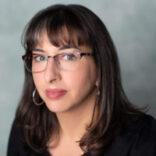 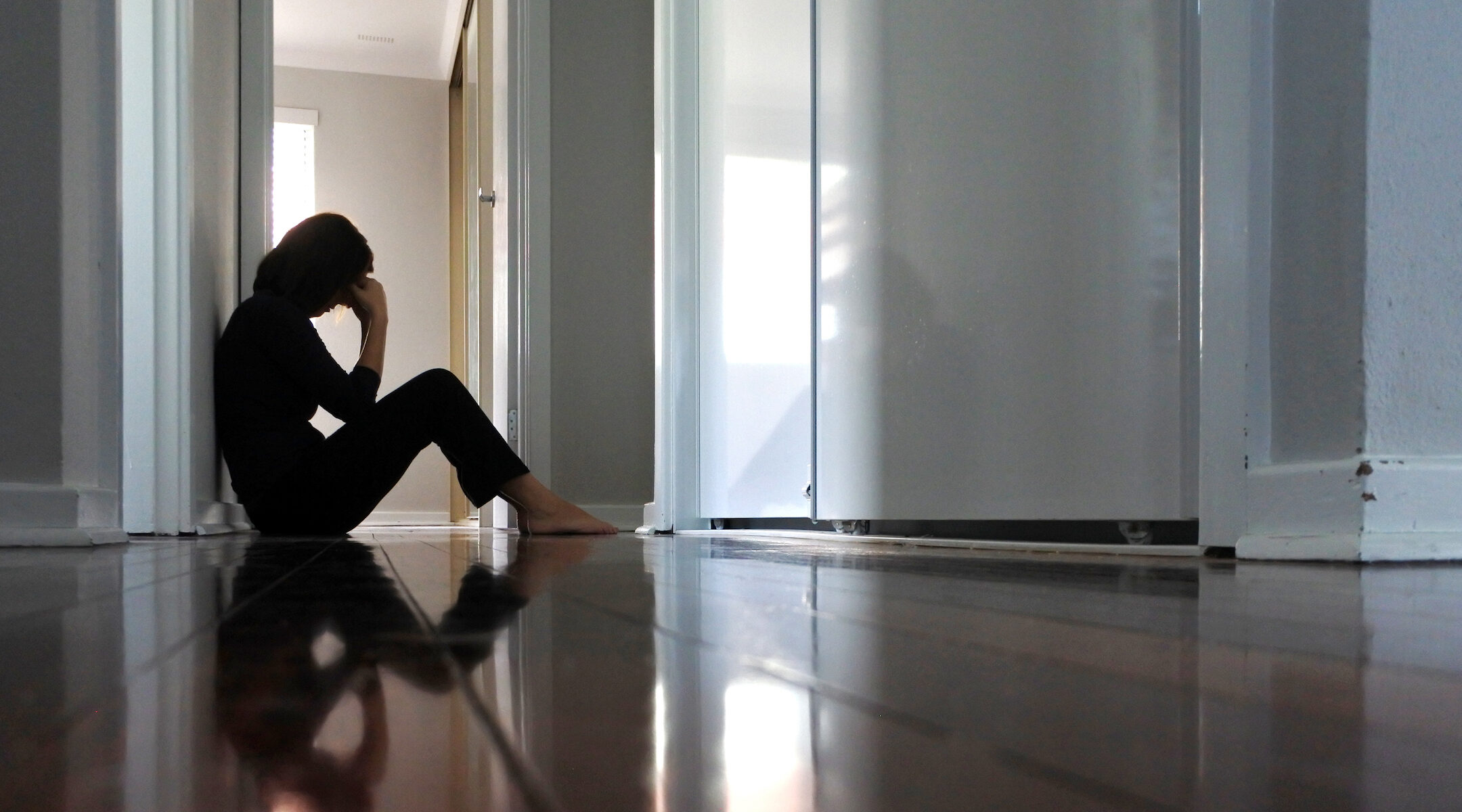 (JTA) — We are, once again, in a season of reckoning with sexual abuse in the Jewish community and in the country.

In the Jewish community, the Reform movement, which represents the largest and most diverse Jewish movement in North America, has initiated three separate investigations — one each for its rabbinical seminary, rabbinical association and synagogue network — to look at both allegations of abuse and possible points of failure in its policies and systems.

The Conservative movement has announced new accountability and reporting policies for its youth group program and investigation into allegations regarding past sexual abuse by one of its former staff.

And just this week, a survivor anonymously shared a painful story about their treatment after being raped at Yeshiva University.

As all this unfolds, there likely will be many revelations about individuals who committed abuse, people in power who may have dismissed complaints and perhaps much more. This is likely to be a painful, difficult time for many. But it also has the potential to be a critical opportunity on the road to healing, to repair, to make things different for next time.

In the Jewish world, we are in the weeks leading up to our High Holy Days, the season of cheshbon nefesh and teshuvah, of accounting of the soul and repentance, of acknowledging what has gone wrong and trying to do the work of making it right. Every season is the season to do the work of addressing sexual abuse and misconduct correctly, with integrity and care, but it is especially resonant in this season.

We both have been involved in this work from a myriad of perspectives. We have worked in assault prevention and trauma counseling. As advocates, we have helped advise multimillion-dollar projects aimed at transforming the Jewish community and helped denominations address systemic change. One of us is writing a book on institutional repentance. One of us came forward publicly naming a major philanthropist as an abuser.

We have seen what can happen from many sides, and we are all too familiar with the common mistakes that are made, time and again, whenever sexual assault or harassment are in the news.

As such, here are some basic principles we recommend following, whether as an affected member of the community or a curious outsider watching from afar.

Listen and feel. First and foremost, whether you are speaking to or about survivors, do not assume you know what they should think, feel or do — and yes, believe them.

There is no one right way to respond to victimization, either in action or in feeling. And there are myriad places that a person might be in their potentially lifelong process of healing and recovery — including anger, hurt and disinterest or unwillingness to talk about their or others’ experiences of sexual abuse. Certainly all survivors have their own journey in making sense of their experiences, and it is wrong to push them to forgive or reconcile with those who have hurt them in any way. Unless you are asked explicitly for advice about a specific situation, don’t give advice to survivors about how to think or feel or make sense of their own experiences.

Let people define who they are for themselves, including how they want to be identified, if at all. Some people prefer the term “survivor” over “victim,” whether they are currently in the unwelcome situation or not. It should be up to the person impacted to define their own relationship to the abuse they experienced.

If a trusted member of the clergy or another key figure in your community is named as a sexual abuser, or if an institution that you trusted has been complicit in great harm, it is absolutely natural to feel a sense of betrayal, anger, confusion, hurt or a range of other emotions. Feel them. Make space for them.

Keep your eye on what happens next.  The true test of an institution that participates in harm is whether and how well it takes responsibility. If you’re a stakeholder, can you be part of the project of holding your synagogue, camp or other organization to accountability by making sure that it follows best practices? Some of these may include, but are not limited to, conducting a thorough and impartial investigation; allowing survivors access to the investigation report; making funding for victims’ therapy or other mental health needs available; and making a statement that you believe the survivor, are grateful for them coming forward and will be following up on their claim. Push your organization toward tangible actions and concrete measures of accountability. Remember that others are watching and if the institution remains silent, even if there is a legal situation, that silence is easily taken as support for the perpetrator.

As we learn and process, we must hold institutions accountable and keep the accountability bar high. This is how we put the value of “believing survivors” into action and make it possible for them to turn, or return, to their community for solace and support.

Some claim that holding those who cause harm accountable is tantamount to exiling them forever, without any chance of returning to connection or community. On the contrary, there is a path back, but for the sake of those harmed — and to prevent future harm — we must make sure that we are rigorous in pursuing accountability. The work of repentance in the Jewish tradition includes steps of public ownership of harm, beginning to do the work — deep work, hard work — to change, amends, apology and, ultimately, making different choices in the future. In this formulation, only those harmed can make decisions about forgiveness.

Think about what and how you share. Journalists have an essential role to play in sharing these necessary stories exposing abuse, and they are increasingly learning how to do so without retraumatizing survivors. Still, as individuals and communities learn to better respond to abuse, remember that many media outlets are catching up on best practices on reporting about sexual abuse. The onus is on all of us to be thoughtful about how we take in or share the news.

Look at the language used in news stories you are considering amplifying. The choice to say that someone is an “alleged” abuser sows seeds of suspicion in the person who came forward; stating that a report of misconduct or abuse was made is similarly factual from the perspective of journalistic accounts, but the reader perceives it as less questionable. Where have the journalists focused their spotlight — do they invest their energies on humanizing perpetrators or on centering the stories and experiences of victims and survivors? Too often, we see so many through headlines and photo choices, through anecdotes and story hooks.

Similarly, sexual harassment, sexual misconduct and sexual assault are not the same things and should not be used interchangeably. The correct term should always be used — and is not always. Sexual misconduct is a broad catchall term for unwelcome behavior of a sexual nature that is committed without consent or by force, intimidation, coercion or manipulation — it may be illegal, it may not be. Sexual assault involves sexually touching another person without consent, or the use of coercion or force, and sexual harassment includes a range of actions from verbal transgressions to physical advances and is illegal in most contexts.

As you engage in the conversation, you might feel compelled to share articles on social media. Many of these articles will include images of the perpetrator, which can be triggering for the victims. Consider sharing the article, but not the picture — it’s possible to click away the photo before posting. Select a picture that says “Believe survivors” or something of the sort  to go with your post. This can be a way to show your support, center victims and help reduce trauma for those most affected.

Consider the survivors and victims whose stories aren’t yet known. Although anyone can be a victim, regardless of gender, sexual abuse disproportionately impacts women, LGBTQ folks, people with disabilities and people from low-income backgrounds. We must acknowledge that this is not random. Perpetrators tend to prey on people who are less likely to be believed. Black women report experiencing workplace sexual harassment at three times the rate of white women. Moreover, half of all Black transgender women are survivors of sexual violence and two-thirds of Black transgender people said they would be uncomfortable asking the police for help.

As we prepare for other potential revelations of abuse within the Jewish community and in other spaces, we must continue to focus on the needs of survivors and victims, whether they choose to come forward publicly or not. Each of us must take action — from our unique vantages, roles, positions and experiences — to insist on accountability, to work for systemic change towards equity, transparency, safety and justice, and to ensure a future without harassment, assault or abuse.

Repair is possible, but it must be survivor-centric at every turn.

Sheila Katz
is the CEO of the National Council of Jewish Women, the 125-year-old progressive feminist nonprofit.

Rabbi Danya Ruttenberg
is the scholar-in-residence at the National Council of Jewish Women and the author of multiple books about Judaism.
The views and opinions expressed in this article are those of the author and do not necessarily reflect the views of JTA or its parent company, 70 Faces Media.