These New Yorkers were annoyed by anti-vaccine Holocaust comparisons. So they wrote a song. (JTA) — It was a quiet Shabbat afternoon when the frustration that had been building up inside Michal Schick spilled out in a song.

For months, Schick had been keeping a tally in her head — and sometimes on Twitter, where the New York City screenwriter is active — of pandemic-related Holocaust comparisons that, to her and many others, made no sense at all.

There were the people who said staying home made them feel like Anne Frank. The politicians comparing mask requirements to the Nazis’ race laws. And, increasingly, the yellow stars worn by anti-vaccination activists.

Around the world, these images and ideas have alarmed Jews and others who don’t understand how measures aimed at preserving health can be likened in any way to the Nazis’ successful effort to murder 6 million Jews in the Holocaust. Antisemitism watchdogs including the Anti-Defamation League have called repeatedly for the analogies to stop, saying that they trivialize a tragedy of incomparable proportions.

Schick took a different approach. She scribbled down some lyrics and reached out to her friend Avishai Weinberger to ask if he knew anyone who played the ukulele.

“It’s a more fun way to process it than just to be screaming in your head all the time,” she said.

The result of their collaboration is “The Anti-Vaxxer’s Lament,” a two-minute song that pillories Holocaust comparisons in the COVID-19 era. In a video posted this week, Weinberger’s mother, a children’s musician named Naomi Weinberger, strums an upbeat tune as he sings Schick’s words, written from the perspective of someone who rejects vaccines.

“My life is like the Holocaust. I say this with great pride,” one verse goes. “’Cause public health and safety are the same as genocide.”

Later: “Nazis had a problem with the Jewish folks existing. But ghetto life was nothing to the stuff that I’m resisting!”

Schick said she was inspired by “snarky internet songs” like the ones popularized by the comedy-folk duo Garfunkel and Oates, who went viral in 2009 when they satirized opposition to same-sex marriage.

Weinberger, a screenwriter who lives in Brooklyn, said he was reminded more of Tom Lehrer, the satirist whose songs included one in which Wernher von Braun, the Nazi rocket scientist who was brought to the United States, blithely muses about bombs falling.

“There’s something to be said, I think, for if you’re really angry, turning it into something where you get to be calm about it and someone else gets to be upset,” Weinberger said. “We’re totally unbothered, but we have opinions about the people we’re singing about, and hopefully they’re a little bothered by it.”

The song is a deeply Jewish response to a disturbing trend, Weinberger said, and he doesn’t expect it to change anyone’s mind.

“When Jews have to deal with people who put them down, in whatever form it is, there’s a long tradition of dealing with it via humor,” he said. “The song isn’t how to fix the problem. I think it’s what you do when you’re tired of having to fix the problem. It’s more for us than for them.”

According to family lore, Weinberger’s paternal great-grandfather escaped the Nazis by entering a cafe in Germany, placing his coat on a chair as though he planned to keep the seat, and exiting through a side door that opened into French territory.

Naomi Weinberger, whose own father moved from Poland to Argentina at age 4, said she leapt at the chance to accompany her son because of how clever she found Schick’s lyrics and approach.

“Invoking the Holocaust is such an over-the-top thing to do. You can’t meet it where it’s coming from because it’s so absurd,” she said. “But you can respond by putting out something other than just an eye roll, which Michal brilliantly articulated. I was thrilled to be part of it.” 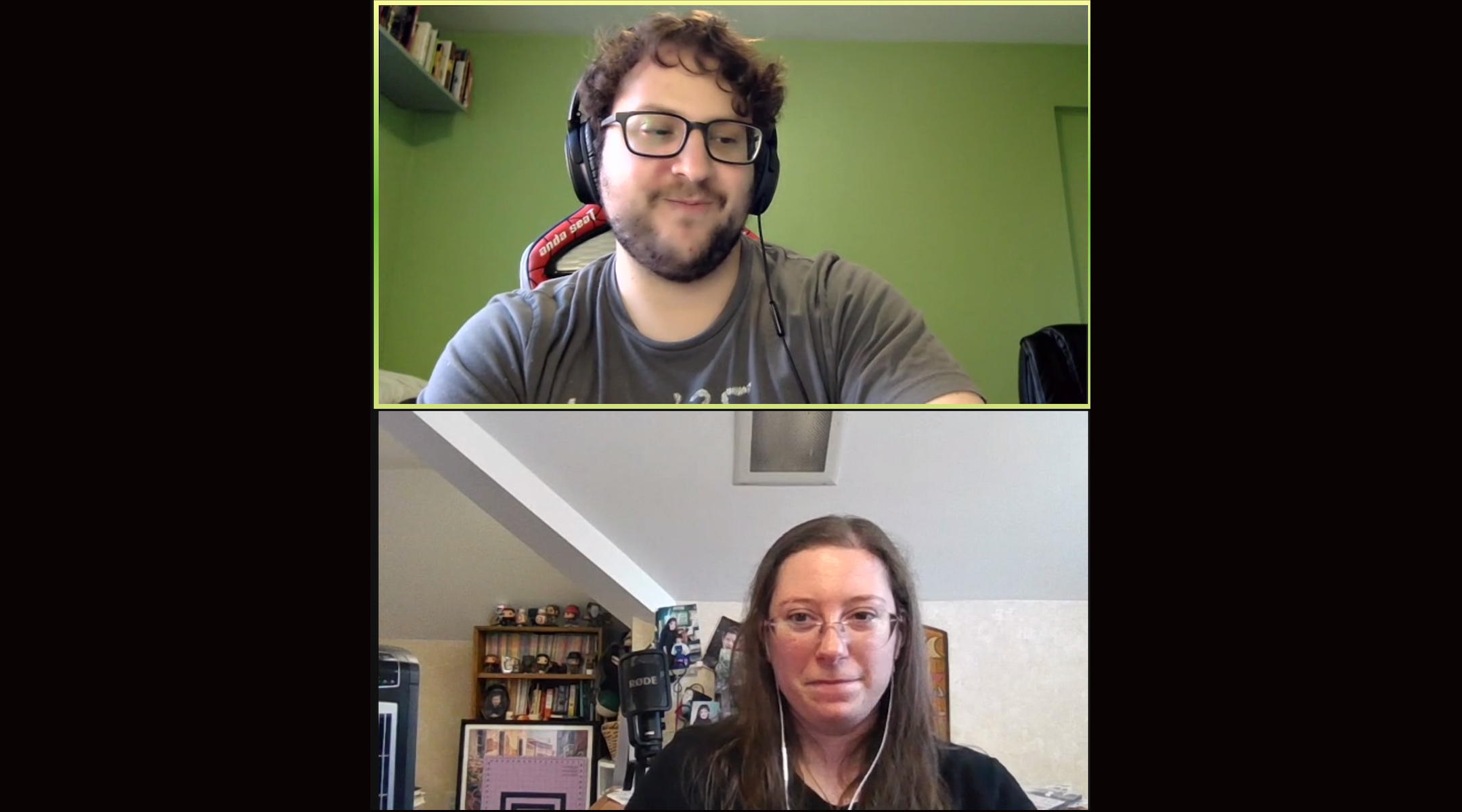 So far, Schick and Weinberger say they’ve gotten only positive responses. “A handful of people have said it’s been cathartic for them to watch, and I really appreciate that because it was cathartic to write,” Schick said.

But even this week, the Holocaust comparisons appears to be accelerating, and spreading, as tensions over COVID-19 vaccines deepen in many places. A Republican lawmaker in Kentucky posted an image of a survivor’s concentration camp tattoo to criticize vaccine requirements. Weinberger heard about someone in his own circle likening restaurant workers checking vaccine cards to Nazis. And Schick described how a member of a costume-focused YouTube community she’s part of posted an anti-vaxx Anne Frank meme, then followed up with a tearful apology after facing fierce criticism.

“For me, [the problem] is seeing this kind of thinking bleed into people and places that you don’t expect. It’s not just seeing people with yellow star signs at rallies,” Schick said. “It’s this insidious reminder of the ignorance and baseline dehumanization that exists even in spheres where you think you can be comfortable.”

Schick and Weinberger say that while their goal is for the absurdity of the analogies in their song to strike a chord with someone, they aren’t necessarily holding out hope.

“An effort could be made to try to stop the tide of ignorant people who use our mass trauma,” Weinberger said. “Maybe at the end of the day it’ll work and maybe it won’t. But one thing that will for sure work is helping us get through it.”