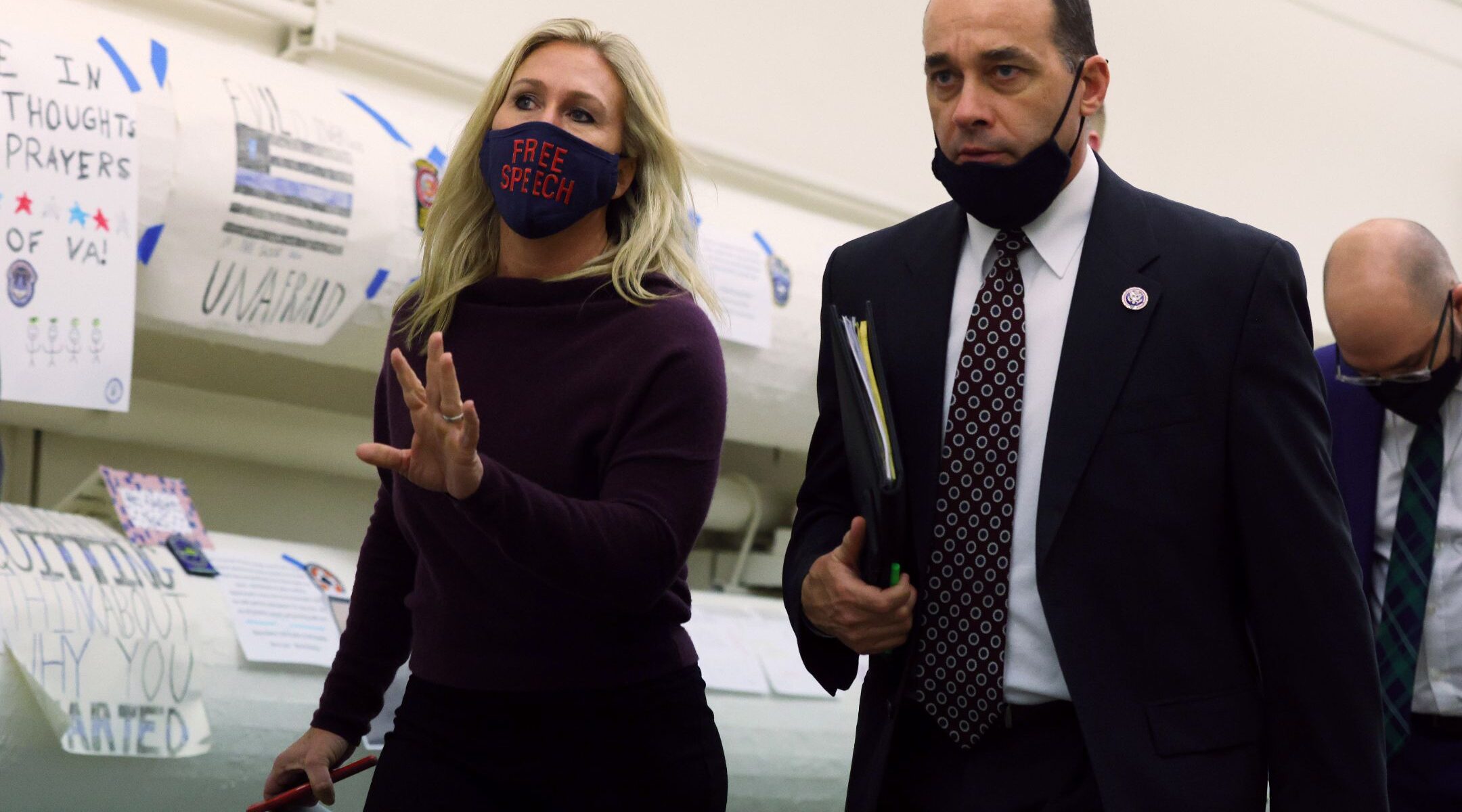 WASHINGTON (JTA) — Rep. Marjorie Taylor Greene of Georgia put the call out for “rational” Jewish people to back up her claim that mask mandates are like the Holocaust.

The latest controversy involving the freshman Republican lawmaker started on Friday when she appeared on a podcast hosted by Christian Broadcasting Network’s chief political analyst, David Brody, to discuss an order by Nancy Pelosi, the Democratic House speaker, that Congress members who refuse to wear masks on the floor must provide proof of having taken the coronavirus vaccine.

“This woman is mentally ill,” said Greene, referring to Pelosi. “You know, we can look back at a time in history where people were told to wear a gold star. And they were definitely treated like second-class citizens, so much so that they were put in trains and taken to gas chambers in Nazi Germany. And this is exactly the type of abuse that Nancy Pelosi is talking about.”

The American Jewish Congress called on Greene to apologize.

“You can never compare health-related restrictions with yellow stars, gas chambers, and other Nazi atrocities,” it said. “Such comparisons demean the Holocaust and contaminate American political speech.

Greene doubled down over the weekend, however, in an interview with the NBC affiliate in Phoenix when asked to comment on the American Jewish Congress statement.

Some of Green’s House colleagues, including some Republicans, didn’t see the comment as rational.

“This is evil lunacy,” Liz Cheney, the Wyoming Republican recently ousted from her leadership position because of her opposition to former President Donald Trump, said on Twitter.

“Absolute sickness,” said Adam Kinzinger, an Illinois Republican, who like Cheney is in his party’s anti-Trump minority.

David Cicilline, a Rhode Island Democrat who is Jewish, laid out on Twitter what he saw as the stakes.

“The Holocaust: The systematic murder of 6 million Jews. Mask-wearing: A simple act that costs you nothing and saves lives. Marjorie Taylor Greene: A troubled person who is unfit to serve in Congress,” he tweeted.

CNN anchor John Berman noted that he was Jewish and rational, and noted a tweet she posted saying she was “sorry” if her words “make people uncomfortable.”

“No, they don’t make me uncomfortable. They make me sick,” Berman said.