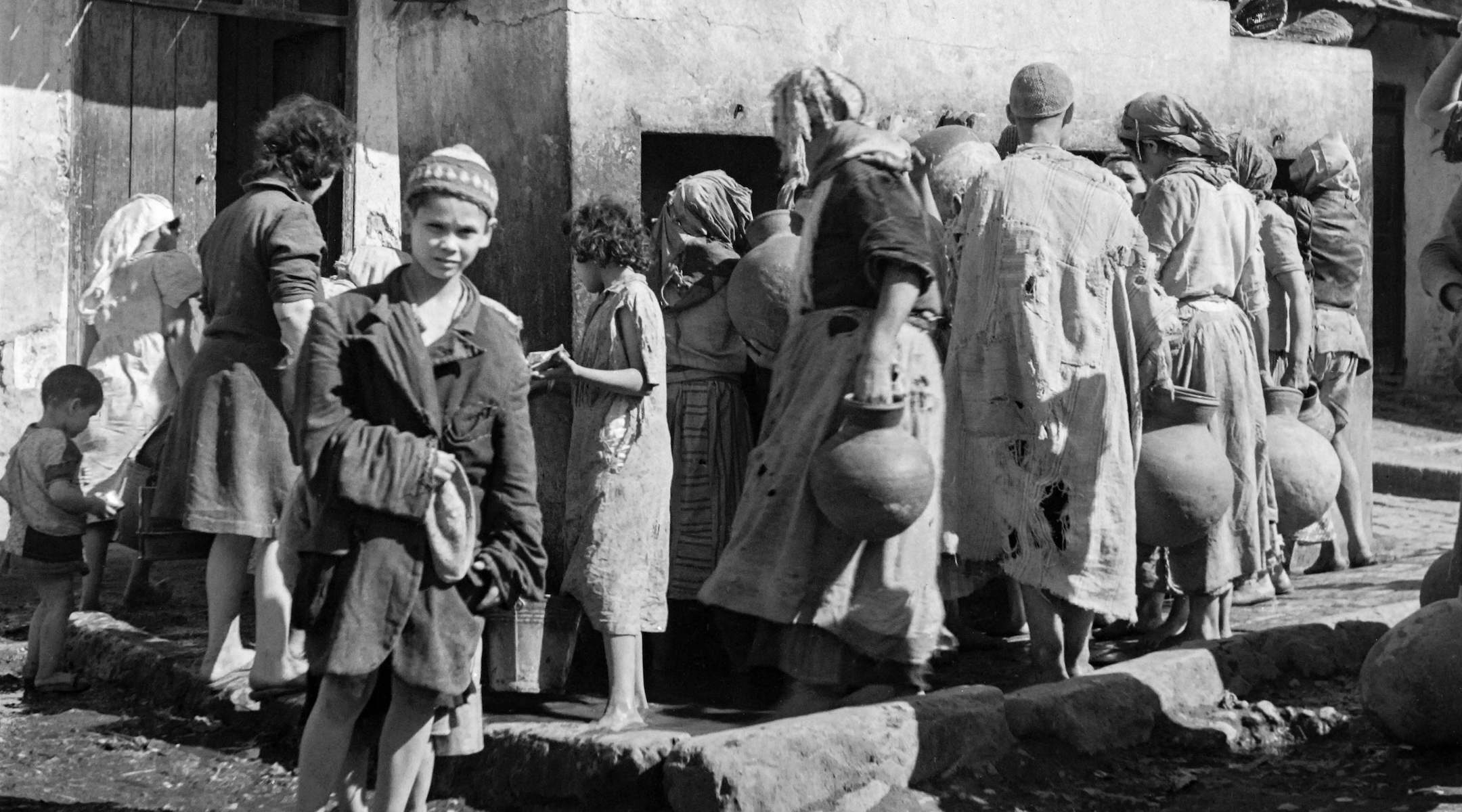 In a photograph taken a few years after the end Vichy rule, women and children line up to use water at a fountain in the Mellah of Marrakesh, the Jewish district of the city, in April 1946. (AFP via Getty Images)
Advertisement

(JTA) — Israel’s Supreme Court rejected a lawsuit seeking to recognize Jews who suffered under Vichy race laws in Morocco as Holocaust victims entitled to state compensation payments on Thursday, according to a report in Haaretz.

A panel of three justices refused to hear the case, upholding a lower court’s ruling that the discrimination against Jews enacted in Morocco during World War II by Nazi-aligned Vichy France does not qualify as a form of Nazi persecution under Israeli law. Morocco was a French protectorate until it achieved independence in 1956.

The justices recognized that the antisemitic laws passed by Vichy- and Nazi-aligned authorities in 1940 resulted in systemic curtailing of freedoms for Moroccan Jews in areas such as employment, education and housing. But they ruled that because Moroccan authorities acted to harm Jews on their own accord, without being forced to do so by Nazi Germany, the victims are not eligible for compensation payments from Israel’s Holocaust Survivors Rights Authority.

If successful, the lawsuit would have meant payments totaling an estimated $123 million to Moroccan immigrants, according to Haaretz.

The lawsuit had also argued that the discriminatory laws generated fear among Morocco’s Jews, raising another criterion for eligibility as Holocaust victims. But the justices affirmed the ruling by the Haifa District Court that the lawsuit failed to provide evidence any subjective fears were warranted under the circumstances.

The Supreme Court said its conclusions reflect an interpretation of the law and should not be construed as a ruling on the historical truth.

“The role of the historian is separate from that of the court, and that’s a good thing,” the justices wrote, according to Haaretz. “The test of history has many participants and is subject to additions and updates which are inappropriate for a concrete legal procedure. The law, on the other hand, works according to precise rules, with all the pros and cons that that entails.”

The Moroccan Jewish plaintiffs who brought the case can still challenge the decision by petitioning for a hearing before an expanded panel of Supreme Court justices.