I Sat Vigil for the Souls of 9/11 Victims. 20 Years Later I Still Feel Their Presence — and Absence. 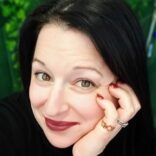 (JTA) — Two nights after the Twin Towers fell on 9/11, we were instructed to evacuate our building. There was talk of a potential attack on the nearby Empire State Building. My roommates and I covered our mouths and noses with towels to protect against the still fetid air and walked east from our midtown Manhattan Stern College apartment to get out of the danger zone. Every telephone pole was plastered with hastily printed “MISSING” signs, each with a different smiling face and a phone number to call.

When we reached the barricades, staffed by state troopers and police, we’d gone as far as we could go. And at the corner, right where the barricades met the Bellevue Hospital Center, two lines formed behind folding tables on the sidewalk.

“What are these lines?” I asked a state trooper from behind my towel. The air was thick and I could see motes of debris floating in the light of the street lamps.

“One to give the name of the missing person and check to see if they’re in the hospital. The other to provide DNA,” he said.

Indeed, when I looked closely, there were people in the lines clutching Ziploc bags of hair brushes and toothbrushes. As the days passed, the line for the hospital names grew shorter and the DNA line grew longer. Survivors in the hospital were rare. The missing were presumed dead.

So when I traveled from the eerily empty Grand Central Terminal on Friday to spend Shabbos at the University of Pennsylvania — wracked with guilt for leaving the city a few days after the attack, but doing as my worried mother requested — I was mortified to hear someone at Hillel joke: “Some guy trying to leave his wife is for sure faking his death right now.”

One train ride. That’s how far this person was from an actual terrorist attack with thousands presumed dead. One train ride was enough for him to feel detached. To feel that this tragedy wasn’t relevant to him.

I said nothing. I was still in shock from the attacks, but this tragedy was not mine, either. I was a witness, not a victim. I knew no one who had been killed. Any attempt at “how dare you” felt like centering myself. Yet watching an airplane hit a nearby occupied building from my apartment balcony is something I could never unsee, never unfeel. Every passing airplane for the next 20 years would bring me back to that moment. I could not detach.

One month later I was asked to help organize Stern students to sit shmira at the New York City Medical Examiner’s temporary morgue outside Bellevue every Shabbos — keeping the Jewish custom of watching over the dead, and in too many cases the unidentified remains of those lost in the attack until they could be buried. I found myself, an idealistic 20-year-old student, sitting across from Dr. Charles Hirsch, the chief medical examiner, to arrange for a badge that would let us Stern girls in and out of the morgue site. Every Friday night I took the midnight shift and arrived at the very spot where the two lines had formed. Fate brought me there the week of the attacks. A mitzvah brought me there again and again.

A state trooper would welcome me with a smile and move the barricade to let me in, and every single time it felt like I was walking onto holy ground. I recited Psalms in a large tent alongside freezer trucks that were parked across from the entry to the morgue where medical examiners worked night and day to identify victims.

We were a constant flow of young Jews; the same few volumes of Psalms passed from hand to hand for months on end. Sometimes, when I took the first shift that brought in Shabbos, I would be overwhelmed with the massive effort and organization of this operation. After a New York Times piece came out about our vigil, my face became the face of the 9/11 Shmira, and my guilt in placing myself at the center of the tragedy deepened. A mitzvah for the dead is meant to be selfless, ideally anonymous. It was too late to be anonymous.

What started off as a catastrophe that I happened to witness became something different. During my once-a-week midnight Shabbos shift, my job was to offer comfort to the souls that lingered there in that makeshift outdoor morgue. I felt connected to them. They filled that space. I lived inside that space for nearly nine months, and when it ended, I emerged to a world that had been using those nine months to recover. It was my turn to recover.

I lived inside that space for nearly nine months, and when it ended, I emerged to a world that had been using those nine months to recover.

Twenty years later, I can honestly say that I haven’t. It is raw. I still think about that Penn student who joked about the missing, and perhaps it has made me stronger in teaching my own children about empathy and the right words to say. Every year there are new documentaries, new footage released, new phone recordings and last words. My children learn about it in school and ask me questions. As a writer I’ve attempted to process my grief in essays and fiction, but none of it ever feels like enough. There’s a feeling, a shared experience, that I could never capture in words.

Instead I seek closure, frequently searching how many of the bodies are still unidentified — as recently as 2019, the remains of 40% of the victims are too damaged to identify. I visit the memorial and see the waterfalls flowing into the memorial pools, imagining the towers inverted into the depths below ground. I run my fingers over the names engraved on the edges of the pools, wondering if they remember me. If they remember all of us who sat our vigil. I remember them.

In the depths, in their company, inverted into the ground below memorial waterfalls, I go back to one of the Psalms in particular when I want to honor the victims. To the one I’d memorized and could recite over and over when I was too tired at 4 in the morning to read from the book. Tehillim 130, which begins: “A song of ascents. Out of the depths I call You, O Lord.”

Every year around this time I am brought into the depths.

Out of the depths I continue to call.

Jessica Russak-Hoffman
is a Seattle-based author represented by Emerald City Literary Agency. For more information, visit www.jessicarussakhoffman.com.
The views and opinions expressed in this article are those of the author and do not necessarily reflect the views of NYJW or its parent company, 70 Faces Media.