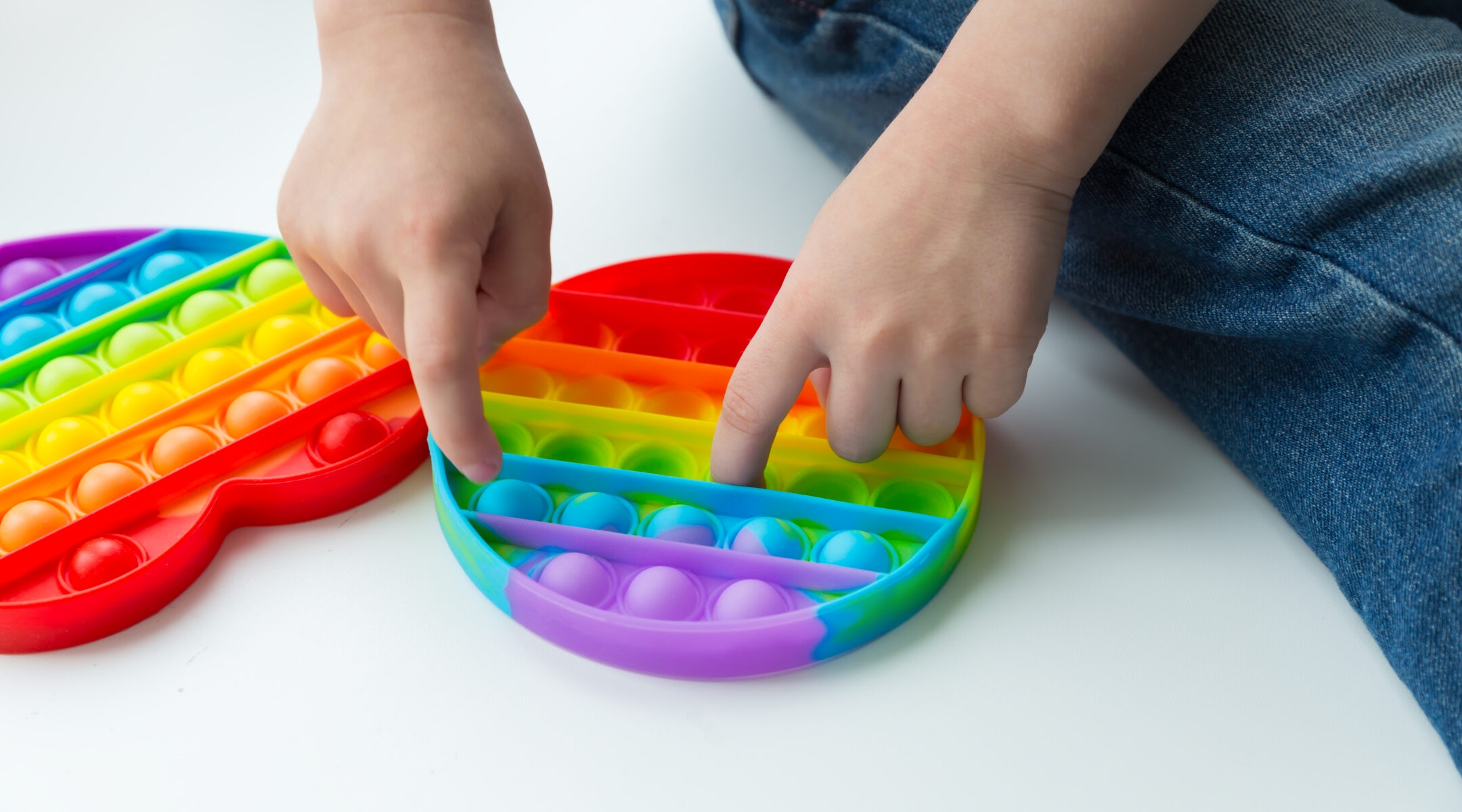 (JTA) — If you know any young children or fidgety adults, chances are you’ve seen, heard, or coveted a handheld piece of dimpled silicone known as a “pop-it.”

The must-have toy was originally created in the 1970s by an Israeli couple with a penchant for playthings, according to a BBC report that calls the pop-it “an overnight sensation more than 40 years in the making.”

Theo and Ora Coster created more than 150 toys and games through their company, Theora Design, including some that immediately became popular worldwide, such as “Guess Who?” and “Zingo.” Others became popular in Israel, where Theora first made promotional products for banks and other businesses, according to the company’s website.

The pop-it was inspired by a dream that Ora Coster had after her sister died of breast cancer, according to the BBC report. “She said, ‘Theo, imagine a large field of breasts, ladies’ breasts, that you can push the nipple.’ She was very open, she said whatever was on her mind, to anyone,” Boaz Coster, their son, told the BBC. “She went to him and she said, do a carpet of nipples that you can press from one side to the other. And he did just that.”

It was hardly the only time that Ora convinced Theo to create something that would go on to international acclaim. After she envisioned a plastic disk embedded with rotating dice, she created a prototype by hand while her husband, Theora’s “chief model maker,” was off serving in the Israeli army reserve; the Magimizer math game became one of the company’s early hits.

Later in life, she encouraged him to document his memories of growing up in Amsterdam, where he was a classmate of Anne Frank, who, like half their class at a Jewish school, was murdered by the Nazis. (Coster survived by being sent to live with non-Jews; his parents also survived in hiding.) His efforts turned into a documentary, “Anne Frank’s Classmates,” and then a 2009 book, “We All Wore Stars.”

But back to the pop-it. In part because rubber was expensive, the toy the Costers designed in the 1970s never went into widespread production — until just a few years ago, when Boaz Coster and his brother Gideon licensed the idea to a Canadian toy company. That company, Foxmind, sold 7 million GoPop! pop-its over the last 18 months, compared to just 700,000 in 2019 — an explosion that the company attributes to a monkey named Gaitlyn who played with a GoPop! in a viral TikTok last year.

Now, pop-its are their own genre on TikTok, the video platform popular among consumers of sensory media known as ASMR. According to a recent Wall Street Journal story, pop-it clips have been seen more than 12 billion times on TikTok and have given rise to an associated activity, “fidget hunting,” that has sent children and tweens searching for toy stores selling unusual shapes and colors.

Few of those products are made by FoxMind, most are knockoffs. Theo Coster died in April 2019 and did not live to see his company’s greatest hit, but Ora Coster, who died this year, did. The pair are buried in the Kiryat Shaul cemetery in Tel Aviv under headstones designed to look like the flip-up frames of a Guess Who? board.

Theo and Ora Coster spoke to Haaretz in 2015, shortly after licensing their pop-it idea to Foxmind. Telling the Israeli newspaper that “Theo did exactly what I asked – breasts with wonderful nipples!” — she offered a prescient description of what would make the GoPop so popular.

“The trick in this game is that you can play it again as soon as the contest ends: you simply turn it upside down. Also, it comes in a single unit that you put into your pocket,” she said. “For me, as a mother of two, that was a very important consideration. In fact, we don’t have games with lots of pieces, marbles, cards and confusion – because one piece always gets lost and then you’re just left with the box.”