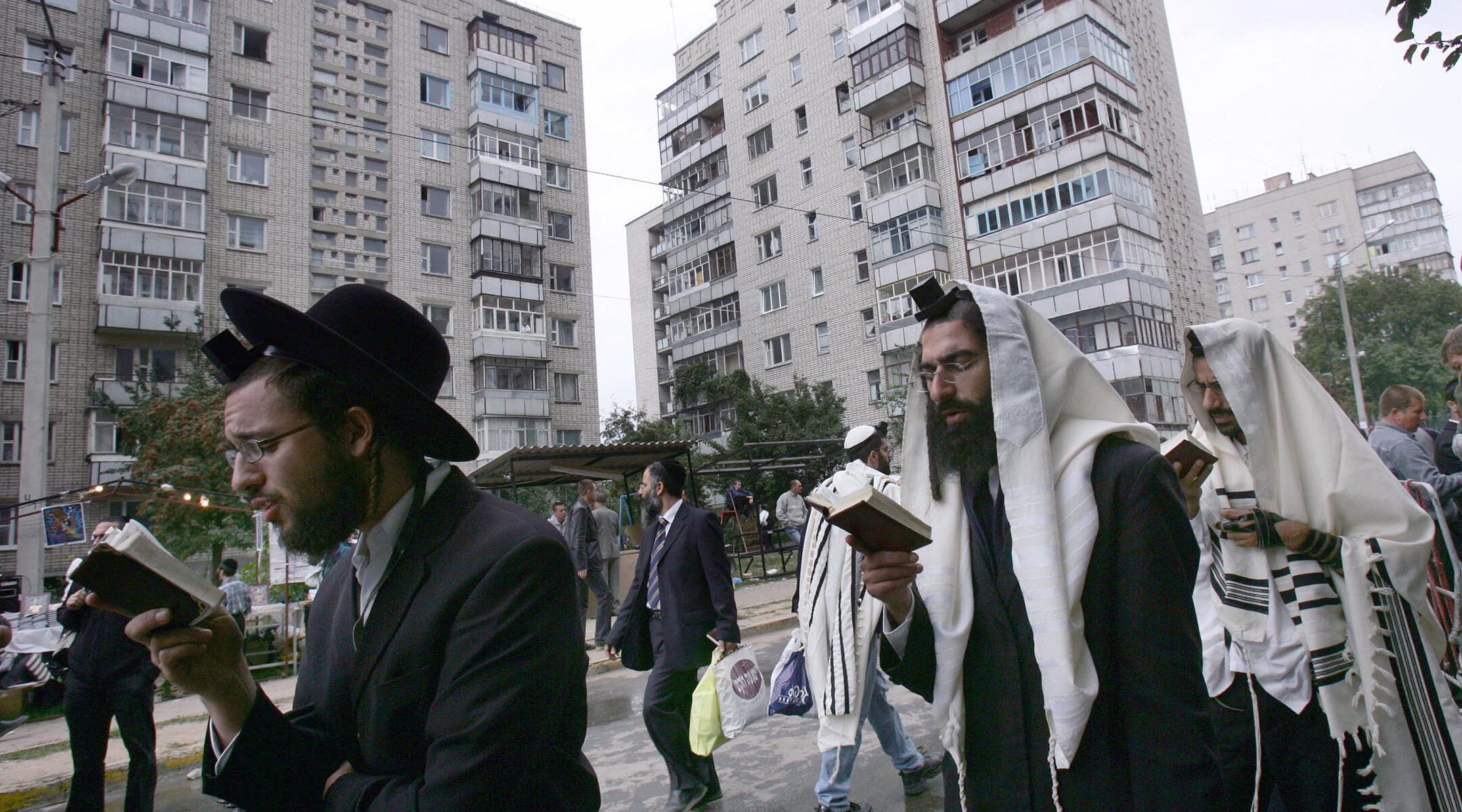 Jews pray on a street near the tomb of Rabbi Nachman of Breslov in Uman, Ukraine, Sept. 20, 2006. (Menahem Kahana/AFP via Getty Images)
Advertisement

(JTA) — Hundreds of Israelis who traveled to Ukraine for an annual Rosh Hashanah pilgrimage to the grave of a Hasidic rabbi are suspected of using forged negative COVID tests to return to Israel after testing positive for the virus.

Tens of thousands of Israelis travel to Uman, Ukraine each year in a pilgrimage to the grave of Rabbi Nachman, the leader of the Breslov branch of Hasidism. The pilgrimage was essentially canceled last year when Israelis were barred from traveling to Ukraine due to the pandemic. Some who attempted the trip ended up camped on the Ukrainian border in Belarus for weeks, with the Red Cross even coming to their aid, before returning to Israel. This year, the Israeli government agreed to allow travelers to visit the country in accordance with certain rules, including masking and testing requirements.

But the rules appear to have fallen apart on the ground.

The travelers were required to present a negative COVID test before traveling to Ukraine and before returning to Israel. Some of those who tested positive acquired fake test results to board their flights back to Israel. The travelers are expected to be charged with fraud, forgery and spreading an infectious disease, according to Haaretz, and were taken to their homes to quarantine by ambulances.