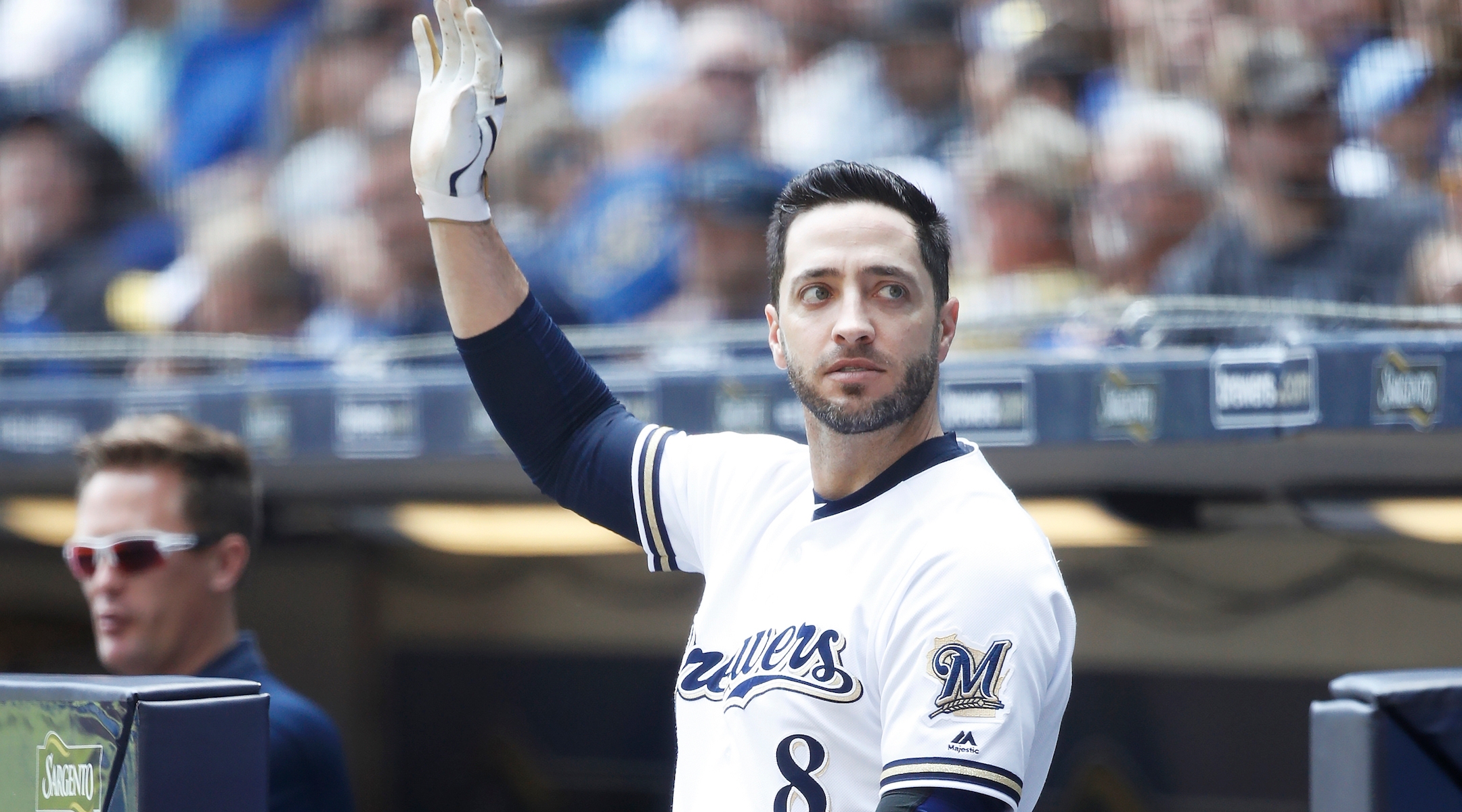 (JTA) — Ryan Braun, the Milwaukee Brewers outfielder who slugged more home runs than any Jewish player in baseball history and won a Most Valuable Player award, announced his retirement on Tuesday, ending a 14-year career that was not without controversy.

“While it’s impossible to summarize my emotions right now, what I feel most is one, simple thing: gratitude,” Braun said in his video announcement, which was shared on the Brewers’ social media.

Today, more than 14 years after I first took the field as a Milwaukee Brewer, I’ve decided to retire. While it’s impossible to summarize my emotions, what I feel most is one, simple thing – gratitude.

I just wanted to take a moment to say ‘thank you’.

The 37-year-old California native was drafted fifth overall by Milwaukee in the 2005 Major League Baseball draft, making his debut two years later. He would go on to win National League Rookie of the Year in 2007 and the league’s MVP in 2011.

His accolades do, however, come with an asterisk. Following his 2011 MVP performance, Braun tested positive for performance-enhancing drugs, reportedly lied about it and served a 65-game suspension in 2013. The slugger’s reputation was tarnished, especially among Jewish fans.

Occasionally known as the “Hebrew Hammer,” Braun is the son of an Israeli father, and has said he is proud of his Jewish heritage, though he does not observe the faith.

“I do consider myself definitely Jewish,” Braun told USA Today in 2010. “And I’m extremely proud to be a role model for young Jewish kids.”

The Brewers will honor Braun with a pregame ceremony on Sept. 26 prior to a game against the New York Mets.