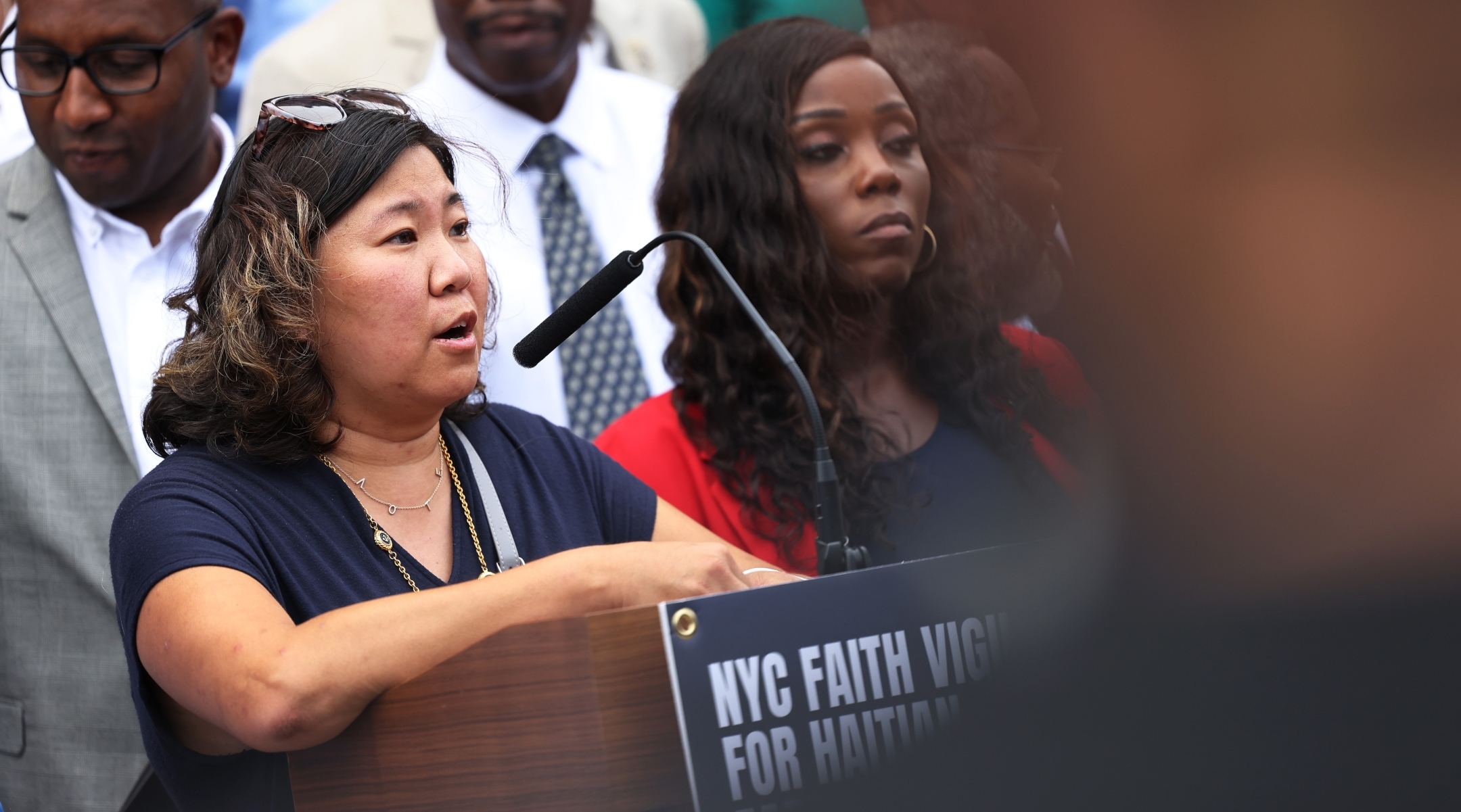 Rep. Grace Meng of New York speaks during a faith vigil for victims of an earthquake in Haiti at the steps of St. Jerome's Roman Catholic Church in Brooklyn, Aug. 16, 2021. (Michael M. Santiago/Getty Images)
Advertisement

WASHINGTON (JTA) — A congressional letter backed by Muslim and Jewish groups is urging the federal government to make kosher and halal meat available to observant Jews and Muslims through an emergency food program.

“As the United States continues to respond to the COVID-19 pandemic, as many as 29 million Americans continue to face food insecurity,” the letter says. “The pandemic has exacerbated this problem and we are deeply concerned about the share of kosher and halal meat
and other protein options available to the many observant individuals and families who utilize” The Emergency Food Assistance Program, or TEFAP.

Other Democrats joining with Meng in asking fellow lawmakers to sign were Reps. Jim McGovern of Massachusetts; Ilhan Omar of Minnesota; and Ted Deutch of Florida. Deutch and Omar coordinating on the same issue is somewhat extraordinary: Deutch, who is Jewish, and Omar, a Muslim, have been sharply at odds on Israel policy.

The letter comes at the behest of a coalition of Muslim and Jewish groups, including ICNA Relief Muslims for Humanity, the Met Council on Jewish Poverty, MAZON: A Jewish Response to Hunger, Agudath Israel of America, Masbia Soup Kitchen Network, Jewish Women International and Network of Jewish Human Service Agencies.

Abba Cohen, Agudath Israel’s vice president for government affairs, said in an interview that distribution of food relief was generally hard hit by the coronavirus pandemic, but food distribution to kosher and halal networks was especially affected.

The Muslim and Jewish groups want Vilsack to “see where improvements could be made into the system, so that TEFAP can really live up to its promise and provide the Americans the kosher and halal food that they require,” Cohen said.

“It is an uplifting experience to work with our Muslim brothers and sisters on hunger advocacy, and especially when it comes to kosher and halal needs,” Rapaport told JTA.