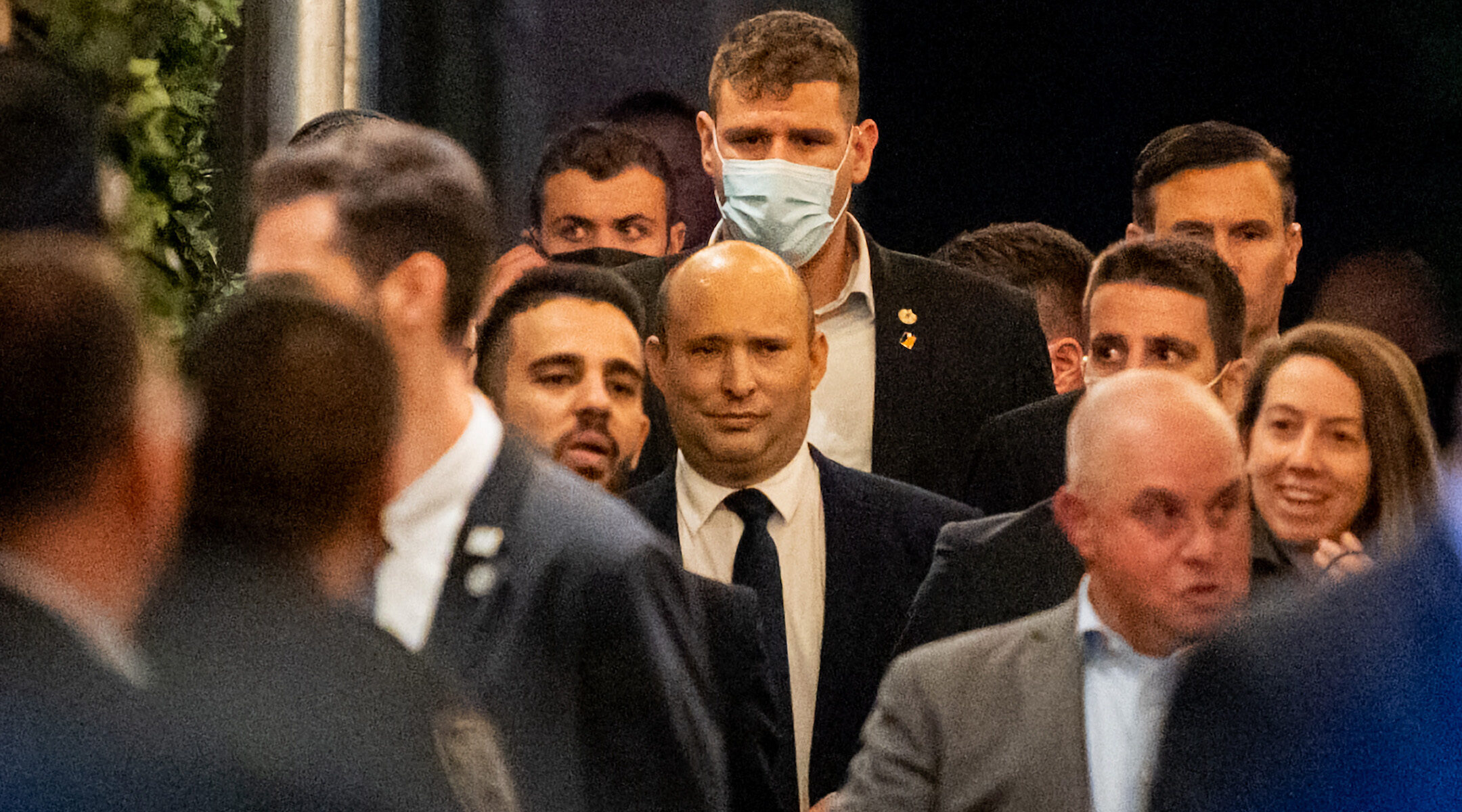 Observing the holiday of Shemini Atzeret, the final holiday of the Jewish fall festivals, Bennett visited Kehilath Jeshurun, the Orthodox synagogue he and his wife Galit attended when they lived in the neighborhood in the early 2000s.

The prime minister had traveled to New York to address the United Nations’ General Assembly on Monday morning, leaving him without enough time to travel back to Israel before the start of the holiday. Bennett, who is Orthodox, does not travel on Jewish holidays or on Shabbat.

Bennett addressed the congregation during a short break in the services and reportedly recounted the story of how the synagogue originally attracted him and his wife — with the promise of free food after services. Speaking with journalists a few hours earlier, Bennett recalled his years in New York fondly. “I love New York a lot,” he said, according to the Jerusalem Post.

After the Monday night service, Bennett walked the mile-plus trek back to his hotel, accompanied by a motorcade.

This was not the first time Bennett had to extend a trip in the United States because he could not travel back to Israel without violating a Jewish holiday. Bennett had to remain in Washington, D.C. for a Shabbat in August after deadly attacks on U.S. soldiers in Afghanistan delayed a planned meeting with President Joe Biden, leaving him without enough time to travel back to Israel.