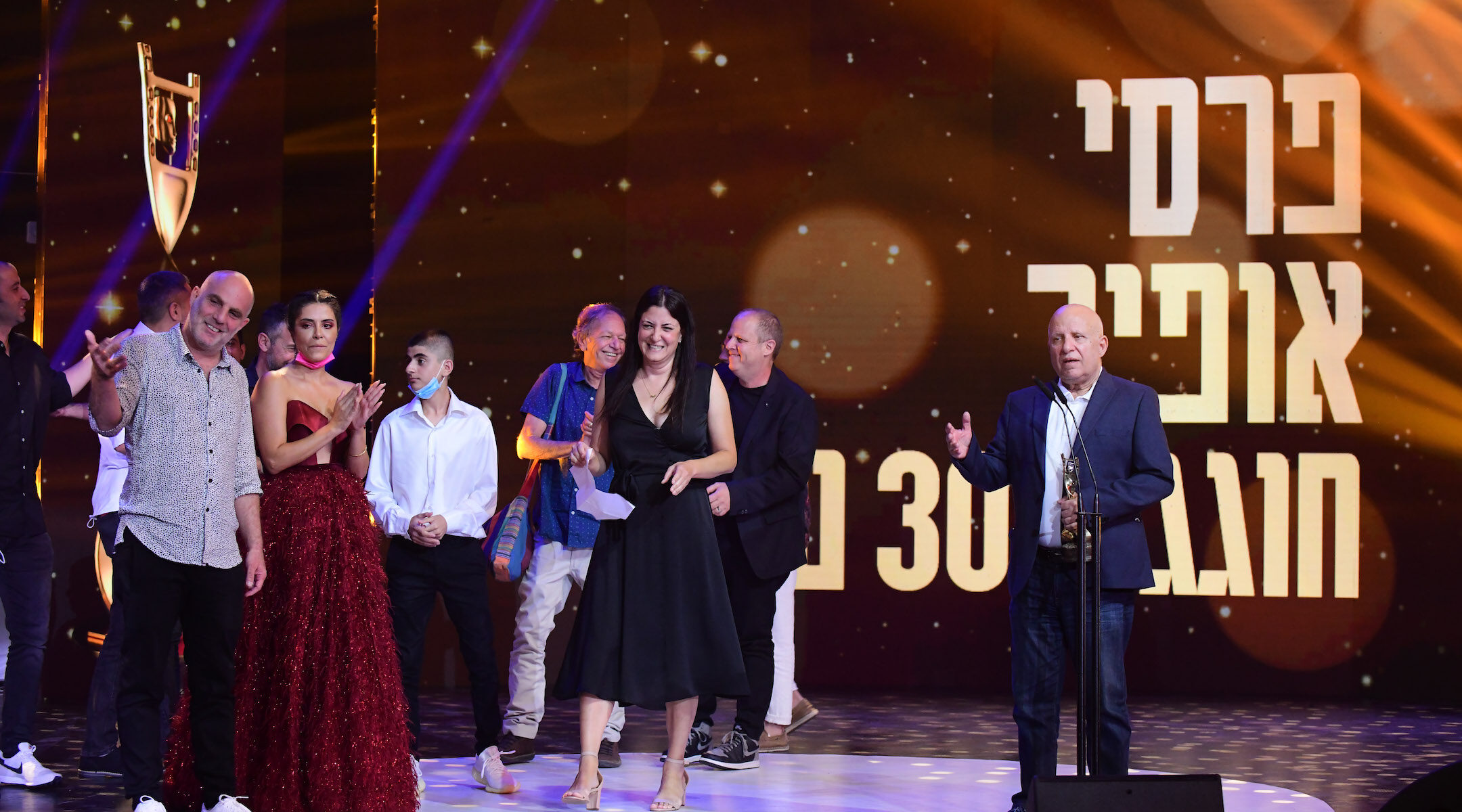 (JTA) — The award for best feature film at Israel’s Ophir Awards, the country’s top film honor and its automatic nominee for the foreign film category at the Oscars, went to “Let It Be Morning,” a film about an Arab-Israeli man forced to grapple with his identity as both Palestinian and Israeli.

But most of the Palestinian stars of the film skipped the award ceremony Tuesday night, calling out what they described as appropriation of a Palestinian story.

“In a normal situation, I would feel happiness and recognition for the prize, but to my dismay that’s not possible when there are efforts being made to wipe out the Palestinian identity and the collective pain that I carry with me is found in every role I play,” Juna Suleiman, one of the film’s stars, wrote in a statement that was read for her at the ceremony, according to the Times of Israel.

Most of the cast also skipped the film’s premiere at the Cannes Film Festival in July due to the movie’s categorization as an Israeli film rather than a Palestinian one.

The story, based on a book by Sayed Kashua, one of Israel’s most prominent Israeli-Arab writers, follows a Palestinian citizen of Israel as he tries to return home to Jerusalem after visiting the village where he grew up to attend a wedding. When the Israeli army blocks the road back to Jerusalem, the man is forced to remain in the village and grapple with his identity as a Palestinian and citizen of Israel.

Directed by Eran Kolirin, the Jewish Israeli filmmaker who also made “The Band’s Visit,” the film won seven Ophir awards in total, including in the categories of best director, best actor and best actress. Ehab Elias Salami, who won the award for best supporting actor, attended the award ceremony and used his acceptance speech to speak about peace.

“I have a dream, and that dream does not harm humanity, and doesn’t damage health. It’s in two acts — first, a just peace for the Palestinian people; the second act is a calm life, a peaceful life, a creative life for the citizens of the [Israeli] state,” Salami said to applause from the audience.