Does the number of violent assaults on Jews convey a country’s antisemitism level? No, a European poll says. 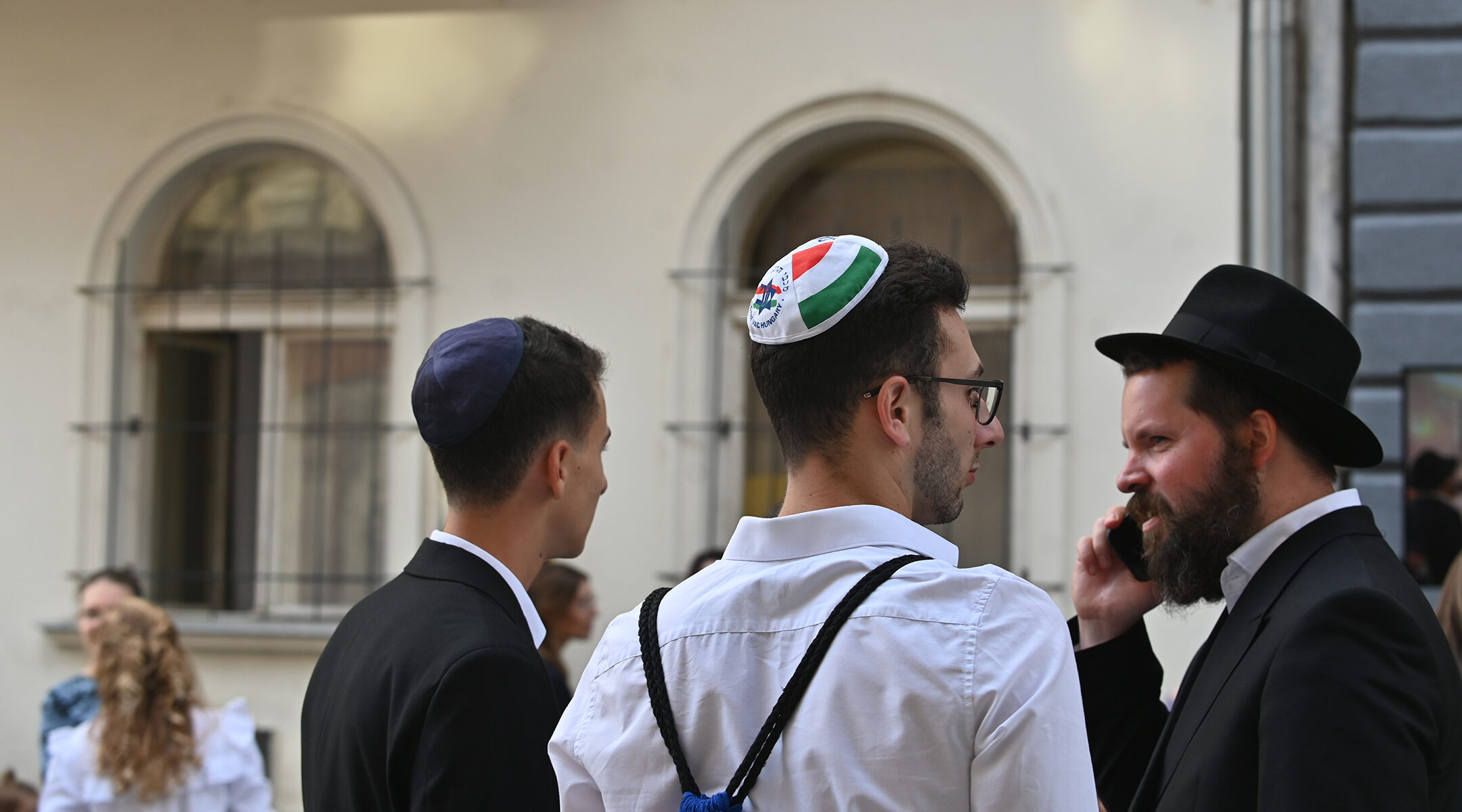 BRUSSELS (JTA) — A large new poll of people in 16 European countries published with a conclusion on Tuesday that may confuse the continent’s Jewish leaders: The number of “violent acts” against Jews and “the degree of anti-Jewish sentiment” in most E.U. countries are “essentially unrelated.”

To test antisemitic attitudes, the survey, conducted by polling company Ipsos and the Action and Protection League, a watchdog group based in Hungary, asked respondents if they think it ”would be best if Jews left this country.” A total of 1,000 adults responded in each of the 16 countries surveyed.

In countries such as Poland, Greece and Hungary, which see very few violent antisemitic attacks each year, the number of respondents who responded yes to that question was higher than most: 24%, 23% and 21%, respectively.

Other countries in the low overall antisemitic sentiment category, at least according to this survey, include the Netherlands, Sweden and Italy.

“It’s a complicated report that requires a nuanced attitude,” said Slomo Koves, a Hungarian rabbi and a founder of the Action and Protection League.

The study, titled “Antisemitic Prejudices in Europe,” is the framework of a two-day conference on antisemitism held in Brussels, organized by Action and Protection League; the European Jewish Association, a Brussels-based lobby group; and the Consistoire, a major French-Jewish communal organization, which also helped publish the report.

Several dozen Jewish leaders are in attendance, including the Netherlands’ Chief Rabbi Binyomin Jacobs and Rashela Mizrahi, a prominent lawmaker from Macedonia who has dealt with public antisemitism.

To combat antisemitic violence, European Jewish leaders have long pushed for increased Holocaust education and other ways of affecting the broader trends of troublingly high antisemitic sentiment in many European countries. This survey complicates that narrative.

Koves called for a holistic approach to the problem, but also said “Education and legislative measures as well as law enforcement practices are definitely a key to our fight for survival.”

Some of the countries with a low number of antisemitic assaults have a relatively small number of Jews, as is the case in Latvia and Greece. But others — including Hungary, where about 100,000 Jews live — have Jewish communities comparable to those in countries with a high number of assaults.

Some stakeholders were alarmed by other statistics: Nearly one third of respondents in Austria, Hungary and Poland said Jews will never be able to fully integrate into society. In Spain, 35% said Israelis behave like Nazis towards the Palestinians; 29% said the same in the Netherlands, and 26% agreed with the statement in Sweden. And a quarter of all those surveyed agreed with the statement that Israel’s policies make them understand why some people hate Jews.

Joel Mergui, who heads the Consistoire, said that “while the European institutions and politicians devote significant resources and spare no effort in the fight against anti-Semitism, the situation in Europe is not improving. Worse, it is deteriorating.”