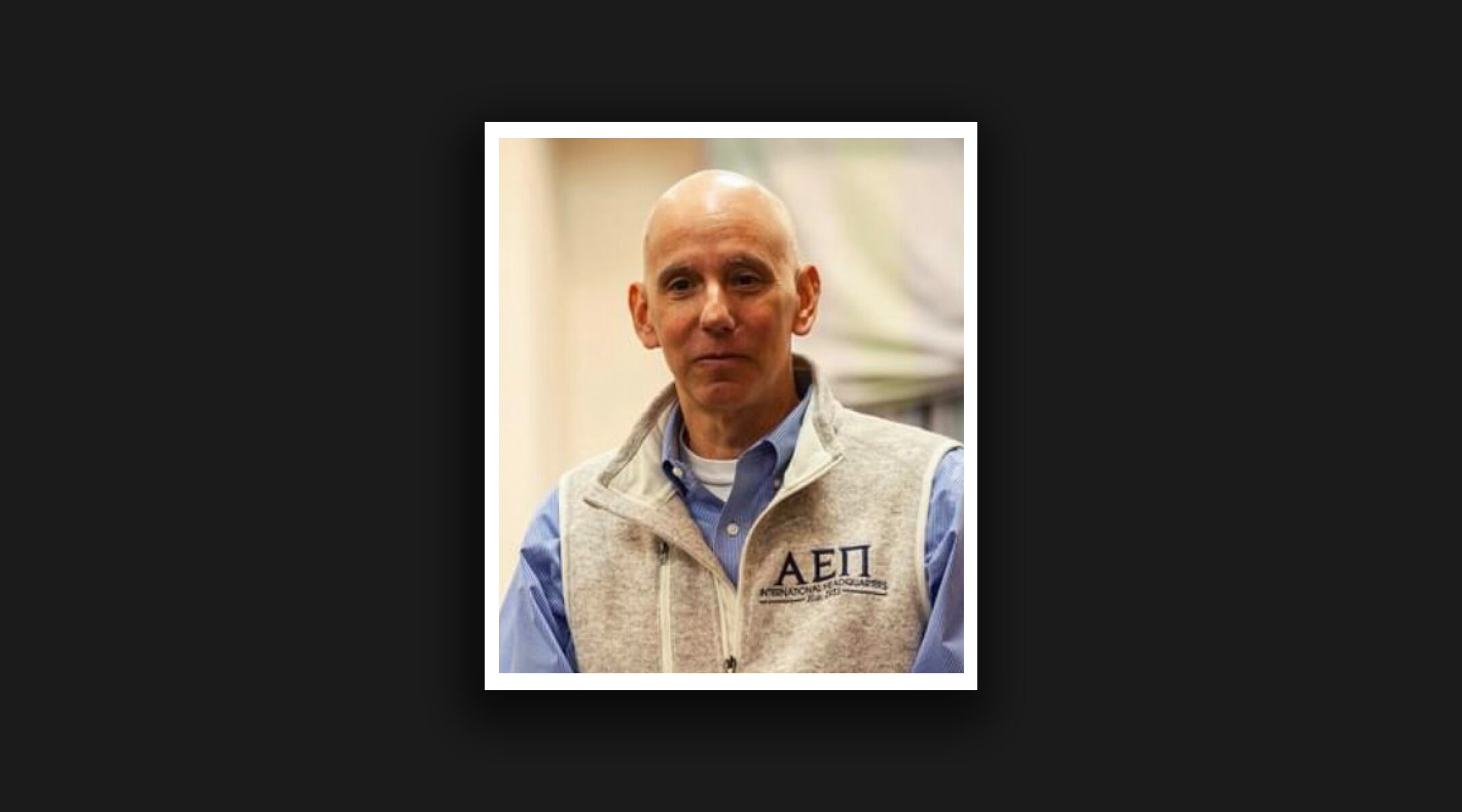 (Cleveland Jewish News via JTA) — Jim Fleischer, a Canton, Ohio native who served as CEO of the historic Jewish fraternity Alpha Epsilon Pi since June 2018, died of cancer on Saturday. He was 52.

In a statement posted on its website, AEPi said, “Jim fought a courageous battle against cancer for the last three years, but the fight was too much and he passed away yesterday evening surrounded by his family and fraternity brothers.”

Fleischer graduated from Kent State University in 1993 with a bachelor’s degree in sociology, and worked as an AEPi chapter consultant upon graduation before working as a fundraiser for UJA Federation of New York. He owned his own printing business on Long Island for nearly 18 years, during which time he was a volunteer chapter adviser and regional governor for AEPi. He was elected to the fraternity’s supreme board of governors in 2006.

“Until he took his last breath yesterday, Jim demonstrated his love for two things above all else: his family and AEPi,” the fraternity said in the statement.

“Jim’s love for AEPi was unmatched. Those of us who knew him well, knew that there was nothing that energized him more than having the opportunity to meet with undergraduate AEPi brothers, to help them better themselves and their chapters. His commitment to AEPi’s mission, our Jewish communities and Israel are why he devoted his life to our fraternity. We hope that we all use Jim’s life as further inspiration to better our fraternity and our communities.”

Founded in 1913, AEPi is active at around 180 campuses internationally, including in Israel, according to its website. Somewhere between 9,000 to 10,000 undergraduates are active in the fraternity every year, most but not all of them Jewish. The fraternity has more than 100,000 alumni.

Fleischer was described by colleagues as a successful leader who had a passion for Jewish causes and the state of Israel.

He was “very infectious with enthusiasm and energy, and Jewish community in his gut – that kind of person,” Ronald Klein, an AEPi foundation board of directors member, told the Cleveland Jewish News. “You could see even by the pictures, a very warm person, and I think that led to his being a successful leader, whether it was in different roles he took at AEPi or in other things he did in his life.”

“I just felt he knew the Jewish community and the value of AEPi in his gut,” Klein said. “AEPi has been sort of a predominant Jewish fraternity for a number of years now… There was a lot of responsibility that went with the fraternity moving toward that direction, as opposed to some of these other fraternities that became more assimilated, and he was one of the people along with others who felt the Jewish nature of AEPi was so important from developing the next level of community leaders from our Jewish community – young men who at a younger age felt the passion of Israel, felt the passion of Jewish values, and he just obviously took it upon himself to lead in that direction.”

Fleischer is survived by his wife of 26 years, Alison Braun Fleischer; his sons, Ethan and Spencer, his daughter, Madison “Madi”; his father, Frank Fleischer of Canton; his brother, Richard “Rick” of South Euclid; and his in-laws, nieces and nephews.

A service was held Tuesday at Congregation Beth El Zedeck in Indianapolis.

A version of this article was originally published in the Cleveland Jewish News and is reprinted with permission.