(JTA) — In a recent opinion piece for the Jewish Telegraphic Agency, Rich Brownstein argued that “The Grey Zone” is the greatest Holocaust film ever made. His column has been the most-read piece on JTA since.

Brownstein is no amateur critic. He is a lecturer for Yad Vashem’s International School for Holocaust Studies and the author of “Holocaust Cinema Complete: A History and Analysis of 400 Films, with a Teaching Guide.”

Yes, 400 films, all of which Brownstein has seen. Naturally, he has some thoughts, which you can read about in our Q&A with him. You can also join us for a virtual event with Brownstein on Wednesday at 1 p.m. ET to hear more of his takeaways and to ask questions. 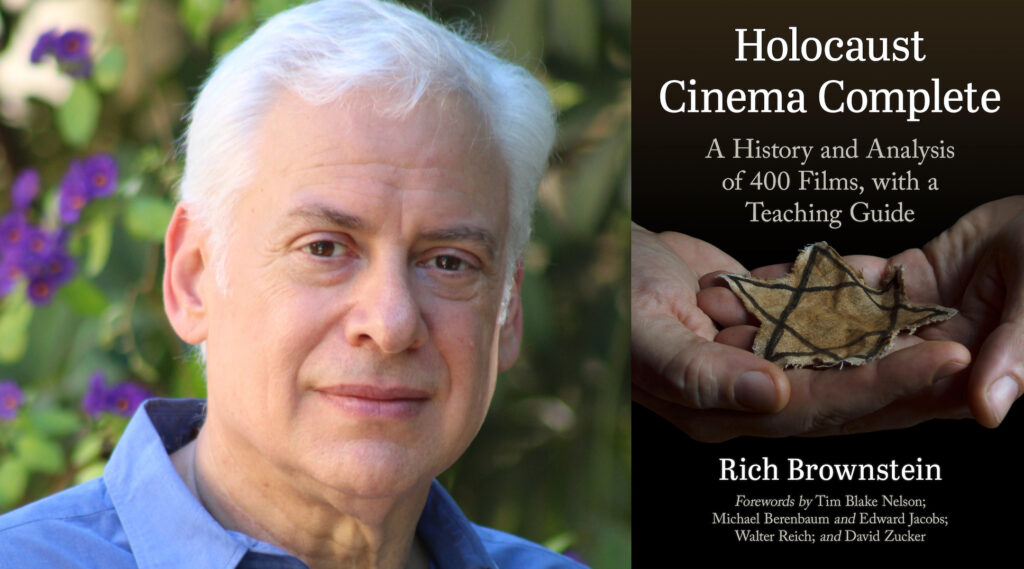 After publishing these two stories, it quickly became clear that the topic of Holocaust films struck a chord with our readers. So, we asked: What is the one Holocaust film you think everyone should see? Why?

Dozens filled out our survey, naming 32 unique films. Some were obvious choices — “Schindler’s List” and “The Boy in the Striped Pajamas,” both blockbusters in theaters, were both named multiple times — while others were lesser-known documentaries and foreign films.

Why these movies? Here’s what you told us. Reader responses have been edited for length and clarity.

More of you recommended “Schindler’s List” than anything else.

It elicits critical thinking; this movie helps you understand that everyone had a choice and that more people should have helped. — Faith Shotts-Flikkema, Michigan

As a former high school teacher who showed “Schindler’s List” every year in my junior English class, I found the film was a gateway to reading Elie Wiesel’s “Night.” Most of my students had little concept of the Holocaust itself. The film opened their minds to so many varied discussions. Students in high school need an in-your-face dose of reality in order to have buy-in.

“Schindler’s List” is based on a real-life person who was righteous in saving as many Jews as he could from the gas chambers. Most students have never heard of the Avenue of the Righteous and most, in fact, are not familiar with anyone who defied the Nazis. Students believe a movie is a respite from the rigors of high school English and so they’re excited about that. Little do they know that the film is so gripping, so raw, so honest, and so well-crafted that it really cannot be a break in the normal action of school. Many students will later tell me it’s their favorite film ever. — Lori Fulton, Paw Paw, Michigan

You asked for only one and this is all-encompassing. — Joel Katz, New Jersey

Several movies — including one that Brownstein disdains — got shoutouts from more than one reader.

“Shoah”: As I watched this incredible film over two consecutive days, for the first time I understood what a true documentary is. From facts to personal experiences to interviews with every kind of participant in the Holocaust (victims, bystanders, upstanders, perpetrators and more), the film’s use of so many methods kept me engaged and learning while experiencing the gamut of human emotions. So engaged, in fact, that eight hours of film went by each of the two nights without me being conscious of so much time passing. I have used pieces of the film as teaching tools many times, with both teens and adults. — Debra Polsky, Dallas

“Son of Saul”: No humour. No melodrama. No Hollywood touches or impossibly happy ending. No glossing over. No gratuitous focussing on gruesome detail — but no airbrushed avoidance either. In Yiddish. Very little overt violence — just the ever-present threat. Reality of life as a (Jewish) member of the Sonderkommando — not involved in killing, but in disposal of corpses. It took me about 5 goes to watch, a few minutes at a time to begin with. Poignant. Deeply moving. — FionaYael Sweet-Formiatti, Australia

“Boy in the Striped Pajamas”: This movie shows the shared humanity of family members of a Nazi death camp commander alongside the humanity of a suffering Jewish father and son, juxtaposed with the inhumanity of the Nazis. It presents a powerful contrast, along with extremely powerful moments in the final sequence of events in the film. — Neil Edwards, Largo, Florida

Only one person picked each of these, but they made a strong case.

“Distant Journey” “Auschwitz. Majdanek. Treblinka…Only a few survived.” There would seem only two ways to effectively convey the Holocaust in film. Steven Spielberg’s unflinching verite approach, and this, Alfred Radok’s surrealistic expressionist nightmare, which replaces blood and gas with light and shadow, angle and curve. The remarkable mise-en-scene, with its multi-layered labyrinthine sets and Ravel-inspired score, conspire to create a genuine cinematic masterpiece. Watch this movie. You will never, ever forget. — Danny Silverman, Hudson Valley, New York

“Come and See” The title is so innocent, you think the movie is innocent. It’s told from the point of view of a young person. You watch as everything is taken away from him. You read about the Nazis and their collaborators rounding people up into barns, then setting the barn on fire, but to see it on a screen, is unforgettable in a horrible way. How can people do this to people? — Vicki Simmons, North Carolina

“The Music Box”: The movie presents how so many Nazis were able to live “normal” lives, undetected, after the war. What I especially appreciated was how the film was able to portray Laszlo as a loving, kind, grandfather, yet by the end there was no sympathy for the character or the consequences he faced. It also showed the daughter as a woman of integrity who initially fervently believed her father was innocent and incapable of perpetrating crimes, changing to accepting the truth and acting on it. — Joan Edelstein, San Leandro, California

“Life is Beautiful”: It shows that even in the midst of horror, you can still find something to live for. — Evey Pinkham, England

Join us Wednesday, Oct. 20 at 1 p.m. ET for a virtual event with Rich Brownstein. Register and submit a question here.