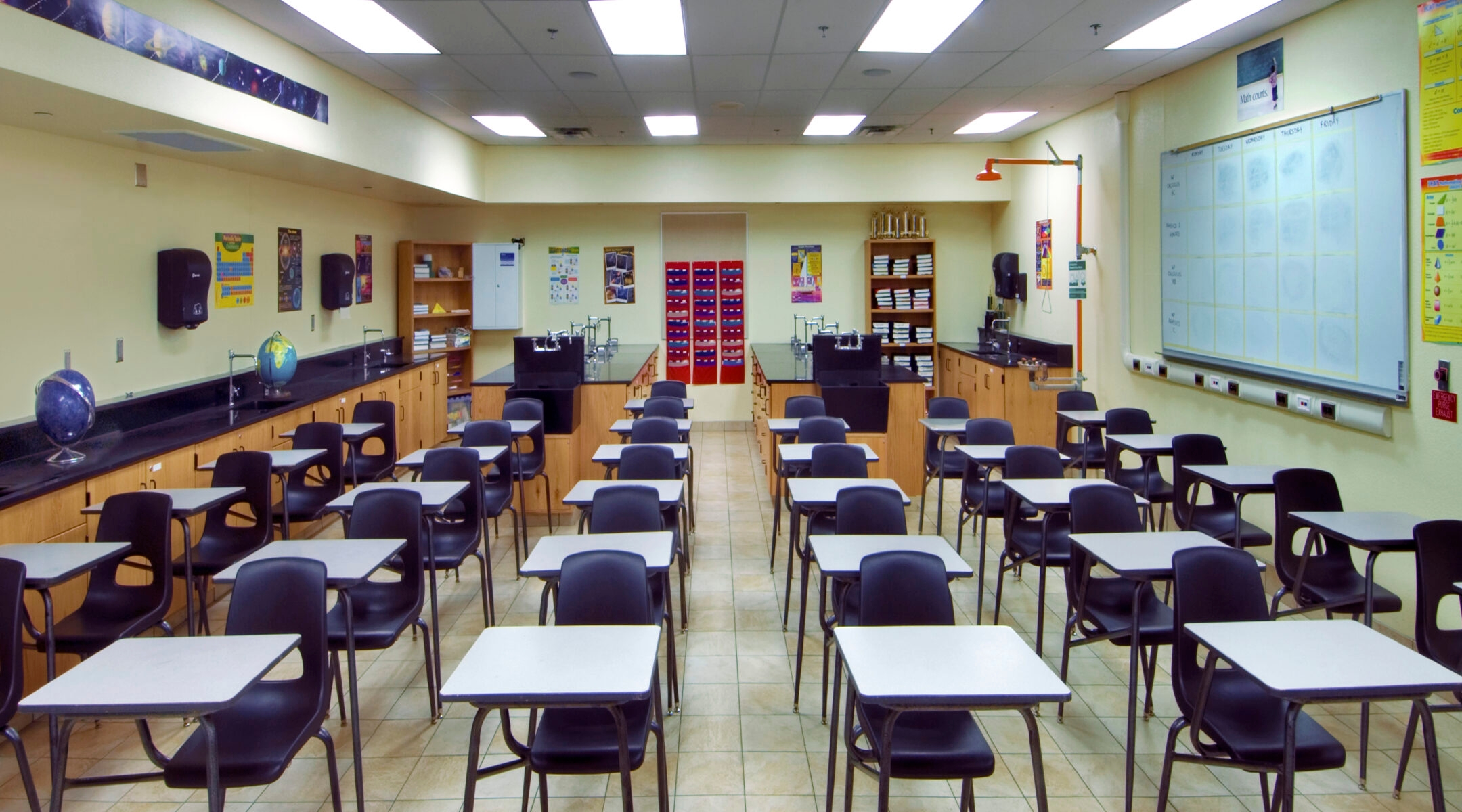 (JTA) — When a school administrator in Texas was caught on tape saying that a new law forces teachers to offer an “opposing” view on the Holocaust, the raft of state laws aiming to prohibit the teaching of critical race theory took on a new light.

For Jews who support education about systemic racism, and oppose laws restricting such education, the Texas incident proves their point. Just like there is no historical debate about the historicity of the Holocaust, “there are also no ‘both sides’ to American chattel slavery, to systemic racism, to lynchings and land theft and Indigenous genocide,” tweeted Rabbi Danya Ruttenberg, a prominent liberal Jewish voice.

“Remember, people, that the suggestion to teach both sides of the Holocaust has come up because there is a law in Texas that is there to censor teaching on antiracism,” wrote Ruttenberg, the scholar in residence at the National Council of Jewish Women. “This is about white supremacy, yes, and/but at its root it’s about antiblackness.”

But some of the loudest American Jewish voices opposing critical race theory — or the associated idea of “wokeness” — say the incident in Texas has not led them to reconsider their stance. They say the Texas administrator’s message represents a distortion of the values they want to see in schools.

“The Holocaust, like the history of slavery in the US, is not an idea or an opinion,” David Bernstein, the founder of the Jewish Institute for Liberal Values and an opponent of education focused on critical race theory, told the Jewish Telegraphic Agency. “It’s a historical fact. One can support the free expression of ideas and still recognize that there are people peddling hateful and stupid claims that must be debunked.”

Critical race theory is a concept in legal studies that says racism is baked into the laws and institutions of American society. Lately, conservative activists have seized on the idea that public school students are being taught history through a lens of critical race theory. Some states, like Texas, have passed laws that ban teaching the concepts underlying the theory.

Texas’ law states that when teachers teach “widely debated and currently controversial issues of public policy or social affairs,” they need to do so “from diverse and contending perspectives without giving deference to any one perspective.” Recently, the board of the Texas school district where the administrator works reprimanded a fourth-grade teacher for including a book about anti-racism in her classroom library, according to NBC News, which first reported the Holocaust comments.

Texas’ law is aimed at countering the idea that “an individual, by virtue of his or her race or sex, bears responsibility for actions committed in the past by other members of the same race or sex.” But the administrator in the tape suggested that its focus on balance applies to teaching historical events like the Holocaust.

Bernstein’s relatively new organization, the Jewish Institute for Liberal Values, published a letter this year articulating a Jewish opposition to efforts to teach critical race theory in schools. “The way to fight racism isn’t to cease discussion and debate. To do so is antithetical to American ideals and antithetical to Judaism,” the letter says. “The way to fight racism is to insist on our common humanity––and to engage in dialogue, including with those who dissent.”

Some signatories of the letter said they oppose the Texas legislation, and distinguish between teaching historical events and teaching any one interpretation of the effects of those events.

“The dispute about the interpretation of events is completely legitimate, but the dispute about the existence of events is either dangerous or stupid or both,” said Rabbi David Wolpe of Sinai Temple in Los Angeles. “You can, for example, argue endlessly about the effects and causes of slavery but to argue that slavery didn’t happen is idiotic, or pernicious, and the same thing is true with the Holocaust.”

Russel Neiss, a Jewish educator who cautioned in an op-ed this year in the St. Louis Jewish newspaper that anti-critical race theory laws could have blowback on Holocaust education, said that people distinguishing between teaching historical events and their causes and effects don’t understand how Holocaust education generally occurs.

“The way that Holocaust education is taught in America is, it talks about systems of oppression, it talks about dehumanization,” Neiss told JTA. “I don’t even know what it means to just teach facts. Facts don’t mean anything unless they’re contextualized in historical context, unless they’re contextualized in a way of understanding that particular era. ”

He added, “When you begin to ban all these approaches to understanding history, you are banning the way we teach Holocaust education in America today.”

Neiss worries that Jews who advocate against critical race theory could end up aiding a movement that will undermine Holocaust education.

“We have folks with a particular political agenda who are using scare tactics to try to advance their political agenda, and it will come back to bite them in the ass as it has here,” he said.

Holocaust educators are also speaking out about what the Texas incident could portend. The Holocaust and Humanity Center in Cincinnati said in a statement that it was “deeply concerned” about reports of the administrator’s remarks.

“With hate crimes in the United States soaring to record highs, it is imperative that teachers are encouraged to devote instructional time to teaching the Holocaust, a seminal event in human history, freely,” the statement said, adding that teachers may feel inhibited from “providing necessary historical context and discussing the practices and ideologies that contributed to the Holocaust, such as stereotyping and antisemitism.”

Bethany Mandel, another signatory of the Jewish Institute for Liberal Values letter, says she doubts Holocaust education in Texas will be hindered. She said she felt that the administrator in the recording sounded like she opposed the restrictions — the administrator tells the teachers, “I think you are terrified, and I wish I could take that away” — and that the teachers appeared to find her remark on the Holocaust ridiculous.

Mandel, who homeschools her own children, said she opposes the Texas law because she believes states should strive not to dictate what teachers teach. She feels that the Texas law mirrors the recently passed California legislation, favored by liberals, requiring that schools teach ethnic studies. The fight over ethnic studies has divided Jews in the state and has animated opponents of critical race theory, who argue that the state’s sample curriculum exemplifies what they’re fighting against.

“I don’t think that government should come in from on high and have these diktats in the classroom, both with ethnic studies and with the Texas law,” Mandel said. “It really hampers teachers’ ability to recognize what their kids need and how to best serve those needs.”