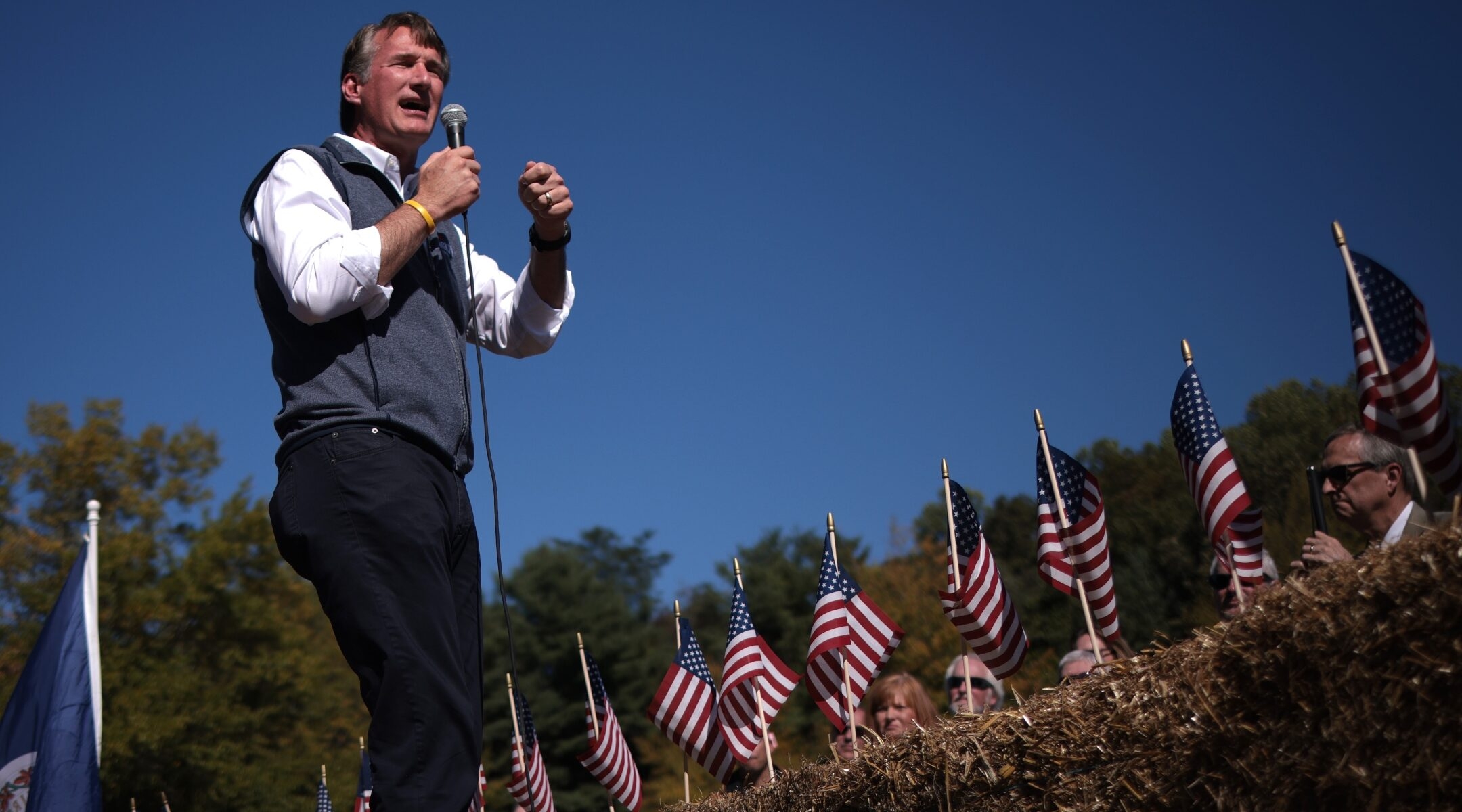 “The blame for these wrongs and the present chaos in our schools, lay squarely, squarely at the feet of 40-year politician Terry McAuliffe,” Youngkin said to cheers Tuesday night at a rally in Burke, a town in northern Virginia. “But also, George Soros-backed allies. These allies that are in the liberal progressive movement, they’ve been inserting political operatives into our school system disguised as school boards.”

Soros has not backed Virginia school board candidates, who are mostly parents from the local community. A Youngkin spokesman pointed the Jewish Telegraphic Agency to media coverage of Soros’ backing for McAuliffe and for the election of progressives as prosecutors in northern Virginia, but not for school boards. A couple of the stories, from conservative outlets, about prosecutors were tangentially related to school board issues.

Jewish anti-defamation groups have said that attacks on the liberal Jewish billionaire and Holocaust survivor can cross into antisemitism, particularly when he is accused, often without basis, of working secretively to advance a far-left agenda. Soros’s political giving is in the open and he is often accused of backing initiatives with which he has no affiliation.

Rep. Elaine Luria, D-Va., a Jewish moderate Democratic congresswoman from Virginia Beach who has led criticism of members of her party’s left whom she sees as making antisemitic comments, said that Youngkin committed the same offense.

“I call it out in my own party and I’m calling it out now,” Luria said Wednesday on Twitter. “Evoking George Soros as a shadowy funder is an antisemitic conspiracy theory. This is an unacceptable statement from Glenn Youngkin.”

In 2018, supporters of former President Donald Trump baselessly accused Soros of backing a migrant caravan headed from Mexico to the United States. The gunman who killed 11 Jewish worshipers in Pittsburgh in October of that year also embraced the conspiracy theory.

Soros made headlines in 2019 when he backed a number of progressives running in Democratic primaries for prosecutor in northern Virginia.