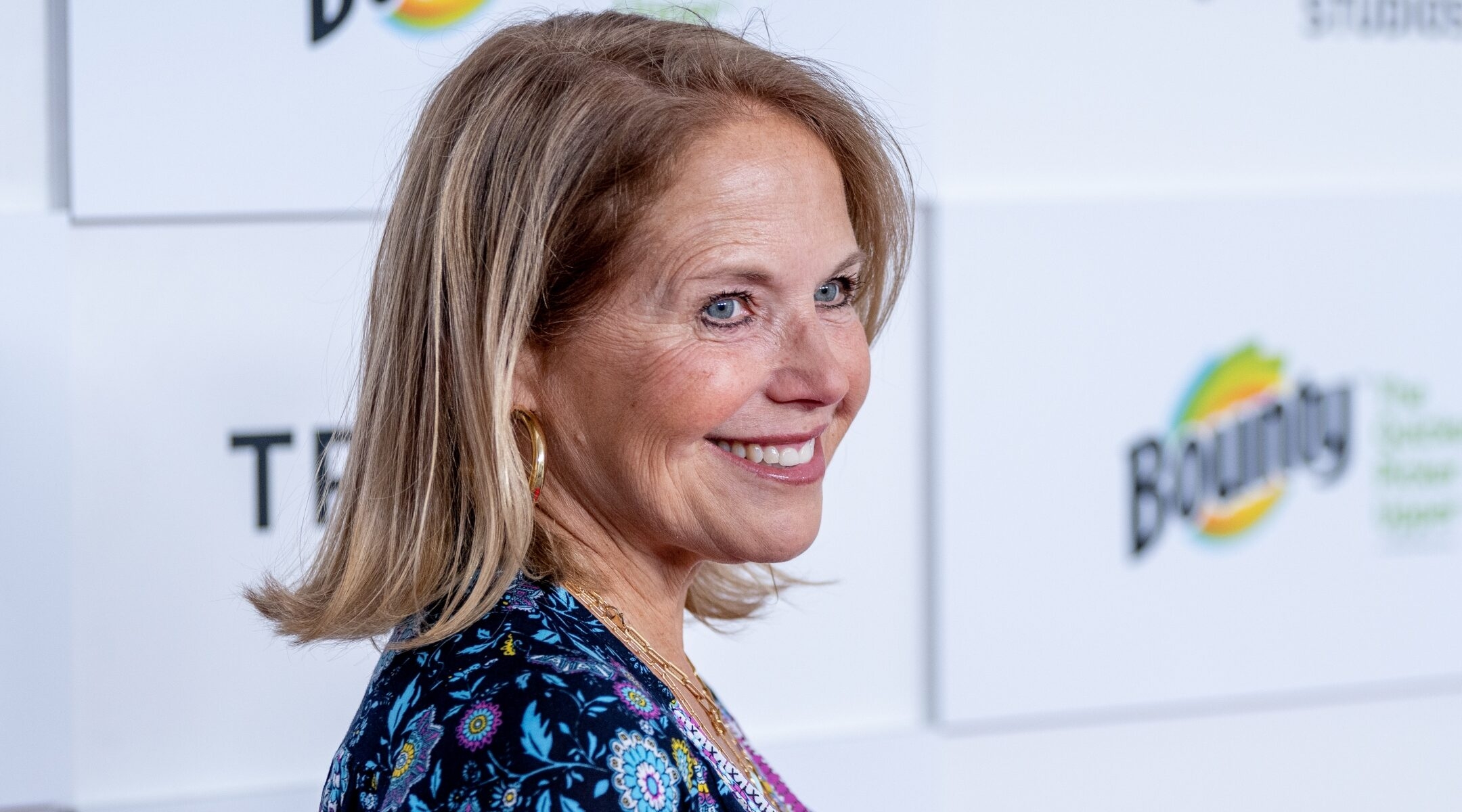 (JTA) — Katie Couric reveals in her new autobiography that her mother was Jewish, contrasting her mother’s upbringing with that of her father, who was apparently proud of his Confederate ancestors.

Couric delves into the revelation in “Going There,” published this week, which she also discussed Thursday in a long interview with Rebecca Traister, a Jewish feminist journalist, in New York magazine. Even well into her own adulthood, the former NBC “Today Show” and “CBS Evening News” anchor did not discuss her mother’s Jewishness.

She recalls, as an adult, discovering her late mother, Elinor, weeping after some friends made antisemitic remarks, but not explaining that she was wounded because she was Jewish.

Katie Couric’s first realization that she came from a Jewish background was when she was 10 years old and spotted a menorah in her mother’s brother’s house. The first thing that ran through her head was the song by the Jewish satirist Tom Lehrer: “Oh the Protestants hate the Catholics, and the Catholics hate the Protestants… and everybody hates the Jews.”

Her mother and her grandparents seemed ambivalent about being Jewish; she discovers a letter from her mother’s father to his daughter urging her to mix with non-Jews. Her mother winces when Couric, as a TV personality, adopts the word “Oy.”

Couric theorizes in her interview with Traister that her mother was seeking to avoid the antisemitism she must have encountered growing up, and also to protect the reputation of her father, a newsman and publicist. The family lived in the South, and Couric’s father, who was descended from Confederate soldiers, was obsessed with the Confederacy. Her late husband, Jay Monahan, was also an aficionado of the Confederacy and was proud of Couric’s Confederate roots.

The book has also earned publicity for its revelation that Couric in 2016 repressed parts of an interview with Ruth Bader Ginsburg, the late Jewish liberal Supreme Court justice. In the interview, Ginsburg spoke derisively of Colin Kaepernick, the NFL quarterback who protested racism in America by taking a knee during the national anthem.