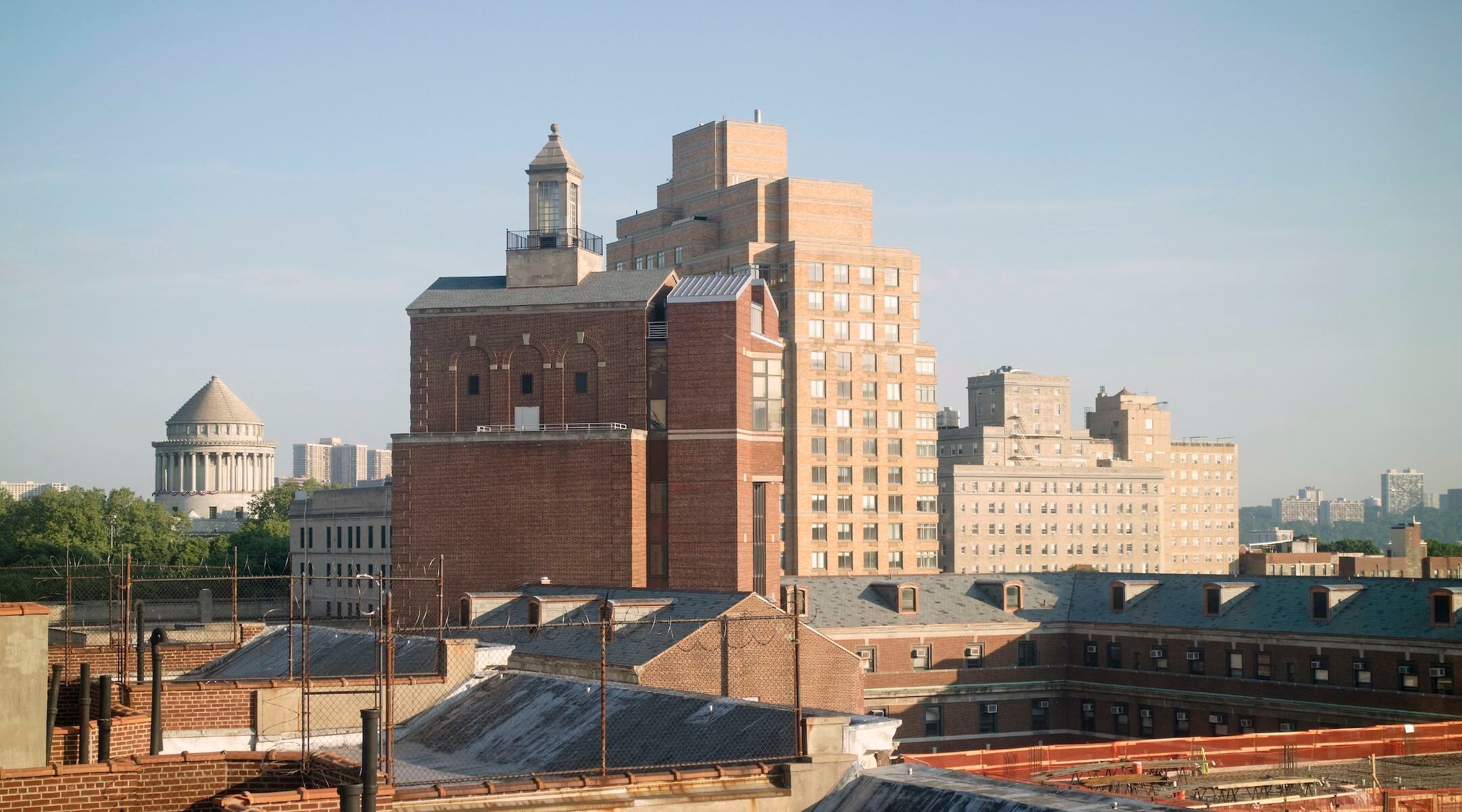 A rooftop view of the Jewish Theological Seminary, home to the headquarters of the Conservative movement, and nearby buildings in New York City. (Education Images/Universal Images Group via Getty Images)
Advertisement

(JTA) — Failing to pay membership dues, wedding a Jew to a non-Jew and sexually abusing a congregant — these are among the violations that have long served as grounds for the expulsion of rabbis from the Conservative movement’s rabbinical association.

But until this week, news about which rabbis were ejected or suspended emerged in piecemeal fashion. Now, the Conservative Rabbinical Assembly is listing them — and the reason for their censure — on a public website.

The decision to publish a list of expelled and suspended rabbis comes as the Conservative movement — along with other Jewish denominations — grapples with how to handle ethical failures by clergy, especially around sexual misconduct. In April, the RA set out to update its code of conduct and enforcement mechanisms while reviewing how past cases played out.

“The publication of the names of those who are in violation of our Code of Conduct is one more step in our ongoing commitment to transparency,” Rabbi Daniel Pressman, chair of the Rabbinical Assembly’s ethics committee, said in a statement.

The list features no details about violations beyond the date of expulsion or suspension and what general rule was broken by the rabbis.

Among the nine rabbis currently named, some involve well-known cases of misconduct and others are largely unknown.

The list is divided into three groups. Five rabbis were expelled for “ethical violations of the code of conduct,” including three — Henri Noach, Charles Shalman and Tobias Gabriel — who have been openly accused of sexual misconduct at the synagogues they led.

Three rabbis were expelled for violating the Rabbinical Assembly’s rules, including Seymour Rosenbloom and Joseph Wolf, who had each announced that he would perform intermarriages.

And one rabbi is listed as temporarily suspended for “verbal sexual misconduct” of an unspecified nature.

Some Conservative rabbis who have pushed the movement to take misconduct allegations more seriously reacted to the publication of the list with cautious optimism.

Rabbi Eric Woodward, who confronted his former congregation’s leadership over an incident of alleged sexual misconduct by a lay leader, called the move a “good start” but said that rabbis are not the only authority figures whose misconduct demands scrutiny.

“We need our movement to publicly hold accountable synagogues and lay leaders who engage in sexual predation and cover-ups of misconduct,” he said.

While the list serves as a notice to the world about problematic rabbis, it does not offer a full accounting of the Conservative movement’s rabbinical expulsions. That’s because the list only goes back to 2004, and any rabbis who were expelled and then died are also excluded.

And in its statement announcing the list, the RA appeared to acknowledge that many cases of misconduct may have never been reported because of longstanding and society-wide norms that protect abusers.

“As a society we have learned the dangers when we fail to speak up and speak out,” Rabbi Sheryl Katzman, senior director of member engagement for the RA, said in the statement. “The work of revising and updating the RA Professional Code of Conduct is part of our sacred obligation to continuously improve our practices that help to maintain and create safe communities.”

In its decision to maintain safety by publicly listing suspended clergy, the RA named a rabbi whose congregation believes has already made amends to its satisfaction.

Rabbi Jeremy Gerber was suspended on June 4 of last year for violating the rule against verbal sexual misconduct, and he is prohibited from serving in leadership positions at the RA and is being barred from the association’s conferences until June 2022. At that point, he can be reinstated.

Joel Fein, the president of Gerber’s Congregation Ohev Shalom in Wallingford, Pennsylvania, said that everyone at the congregation is looking forward to that day.

Fein declined to share details on the allegations, citing the privacy of those involved, but he said members of the congregation know what happened and that the rabbi has engaged in a process of teshuvah, or atonement.

“The congregation decided in its best interests to retain Rabbi Gerber,” Fein said. “The key thing for us as leadership is that the congregation emerge from this as healthy and whole as possible.”