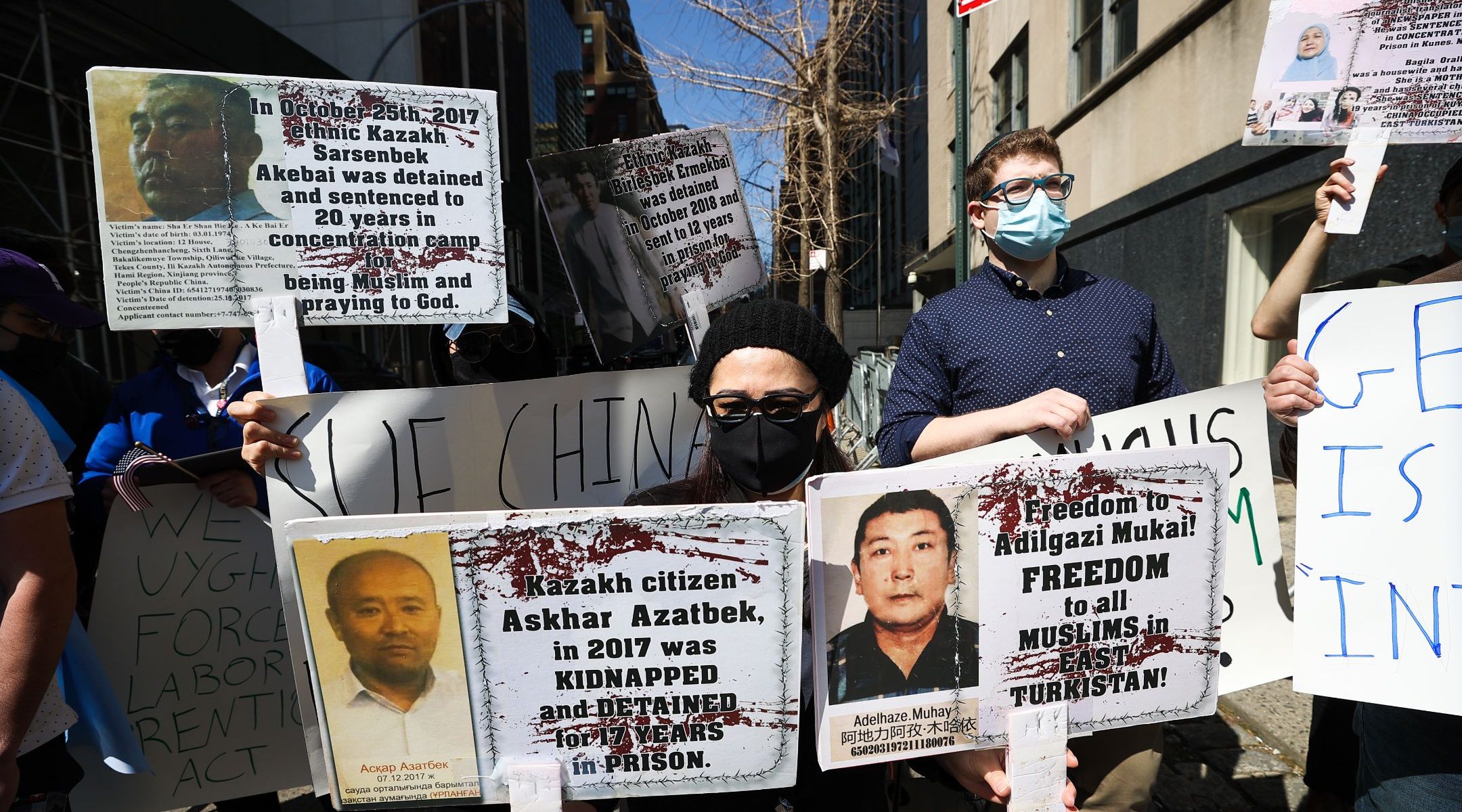 (JTA) — Israel chose not to sign a United Nations statement expressing concern about welfare of the Uighurs, a Muslim minority group in China that has been forced into “re-education camps,” which some have likened to concentration camps.

While the United States, United Kingdom, Germany and Australia were among the group of 43 countries that signed the statement last week, an Israeli diplomatic official told The Times of Israel that the Israeli government had “other interests that it has to balance” in its relationship with China.

The two nations have grown closer over trade ties in recent years.

The U.N. statement calls on China to “ensure full respect for the rule of law and to comply with its obligations under national and international law with regard to the protection of human rights.”

Israel’s Foreign Ministry told The Times of Israel in a statement: “Israel expresses its concerns about the Uighurs in various diplomatic tracks. One example of this was our signing onto the Canadian statement [on the Uighurs] in June at the Human Rights Council. Our position on the issue has not changed.”

Concern over China’s treatment of the Uighur minority — and comparisons of its “re-education camps” to concentration camps during the Holocaust — have been growing within the global Jewish community for years. Activists in the United States have tried to mobilize the Jewish community behind the Uighurs’ cause as in the case of the genocide in Darfur in the early 2000s, while British Jews have led the fight against the abuses of the Uighurs in the United Kingdom.