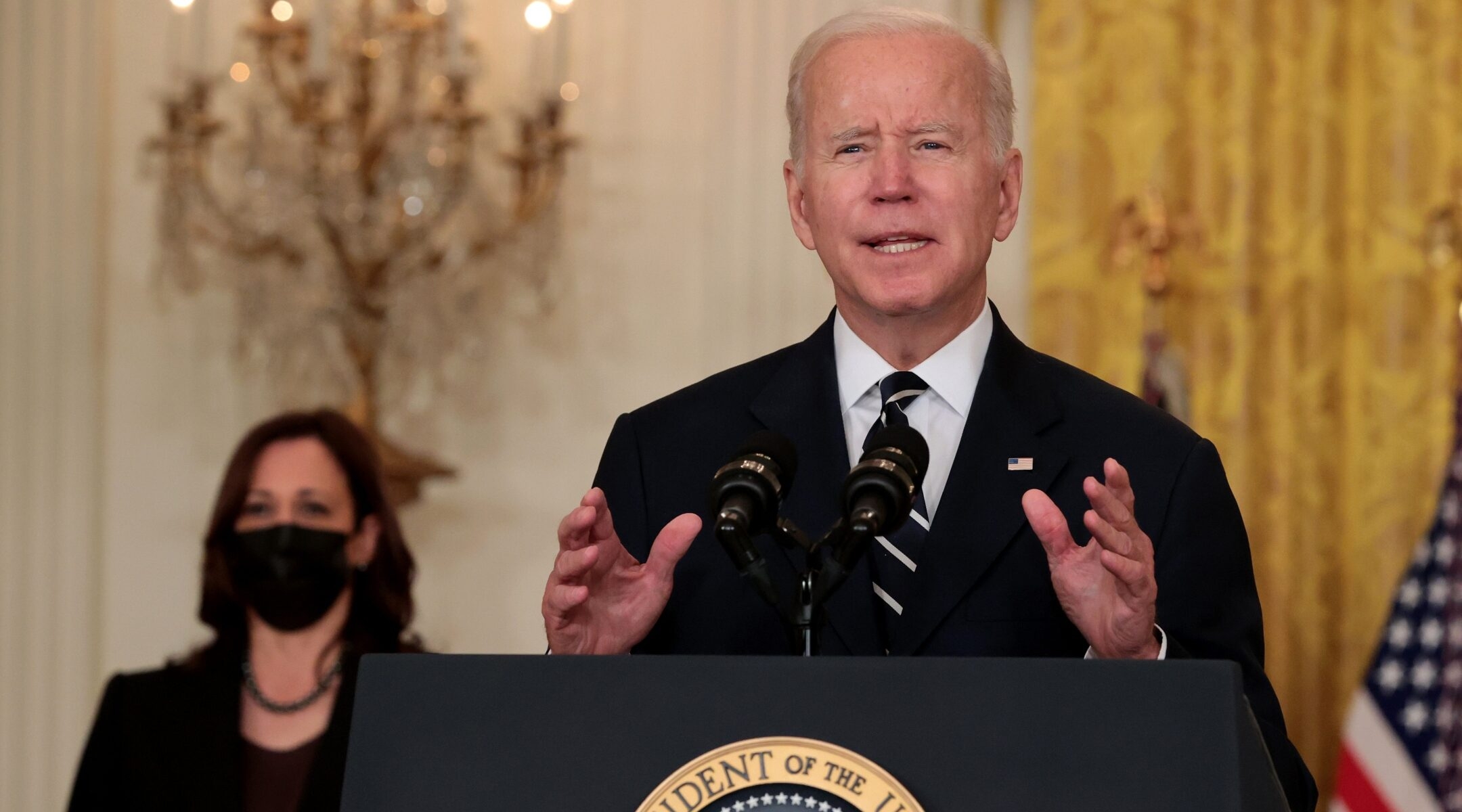 WASHINGTON (JTA) — As he did the previous two years, Joe Biden issued a somber statement about the Tree of Life synagogue shooting, the deadliest attack on Jews in U.S. history.

“We must always stand up and speak out against antisemitism with clarity and conviction, and rally against the forces of hate in all its forms, because silence is complicity,” he wrote Wednesday, the third anniversary of the shooting by a gunman who killed 11 worshipers.

But hidden in the statement was a reference to “domestic terrorism” — a term that has stirred discomfort on the left and the right.

“That continues to be the work of my Administration — laying out our country’s first-ever comprehensive strategy to address domestic terrorism, signing legislation aimed at strengthening our efforts to counter unlawful acts of hate, taking executive actions to protect houses of worship, and pressing forward with executive and legislative action to reduce all forms of gun violence,” Biden said.

Civil liberties groups expressed alarm at the Biden initiative, saying that the term facilitates the impingement of freedoms. The American Civil Liberties Union, responding to Biden’s initiative, said that the strategy “relies too heavily on law enforcement suspicion, investigation, and policing of beliefs rather than actual conduct — violence or attempted violence.”

More recently, Republicans have alleged without evidence that the Biden administration is targeting parents as “domestic terrorists” because they protest school boards’ coronavirus prevention measures. They are especially alarmed that Merrick Garland, the attorney general, has said the department is ready to investigate threats of violent attacks on school boards.

Garland’s Oct. 4 memo does not use the term “domestic terrorism” but an umbrella group, the National School Boards Association, used it in a letter to Biden. The NSBA later apologized for using the term. Conservative media has conflated the memo with the NSBA letter.

The same day as the Pittsburgh anniversary, Republican senators attacked Garland for the memo at a hearing, some calling on him to resign. Sen. Ted Cruz notably in his questioning of Garland defended the First Amendment right to make a Nazi salute in protest of school COVID policies.

Jewish groups have welcomed the initiative. “Domestic violent extremism is the nation’s top terrorism threat and the Biden Administration’s new strategy is an excellent step forward in addressing it, building on their significant progress to date,” Jonathan Greenblatt, the Anti-Defamation League CEO, said at the time of the rollout of the initiative.

Biden’s Tree of Life statement was packed with Jewish references, noting that the attack occurred on Shabbat and concluding: “This Shabbat, in synagogues around the country, worshipers will sing the timeless words from the Book of Proverbs: Eitz Chayim Hee La’machazikim Bah. ‘It is a tree of life for those who hold fast to it.’ As we mark three years since this heinous attack, we resolve to remember the lives lost and commit to protecting a future worthy of their memories.”