Trump: Until recently Israel ‘literally owned Congress’ — and that was a good thing 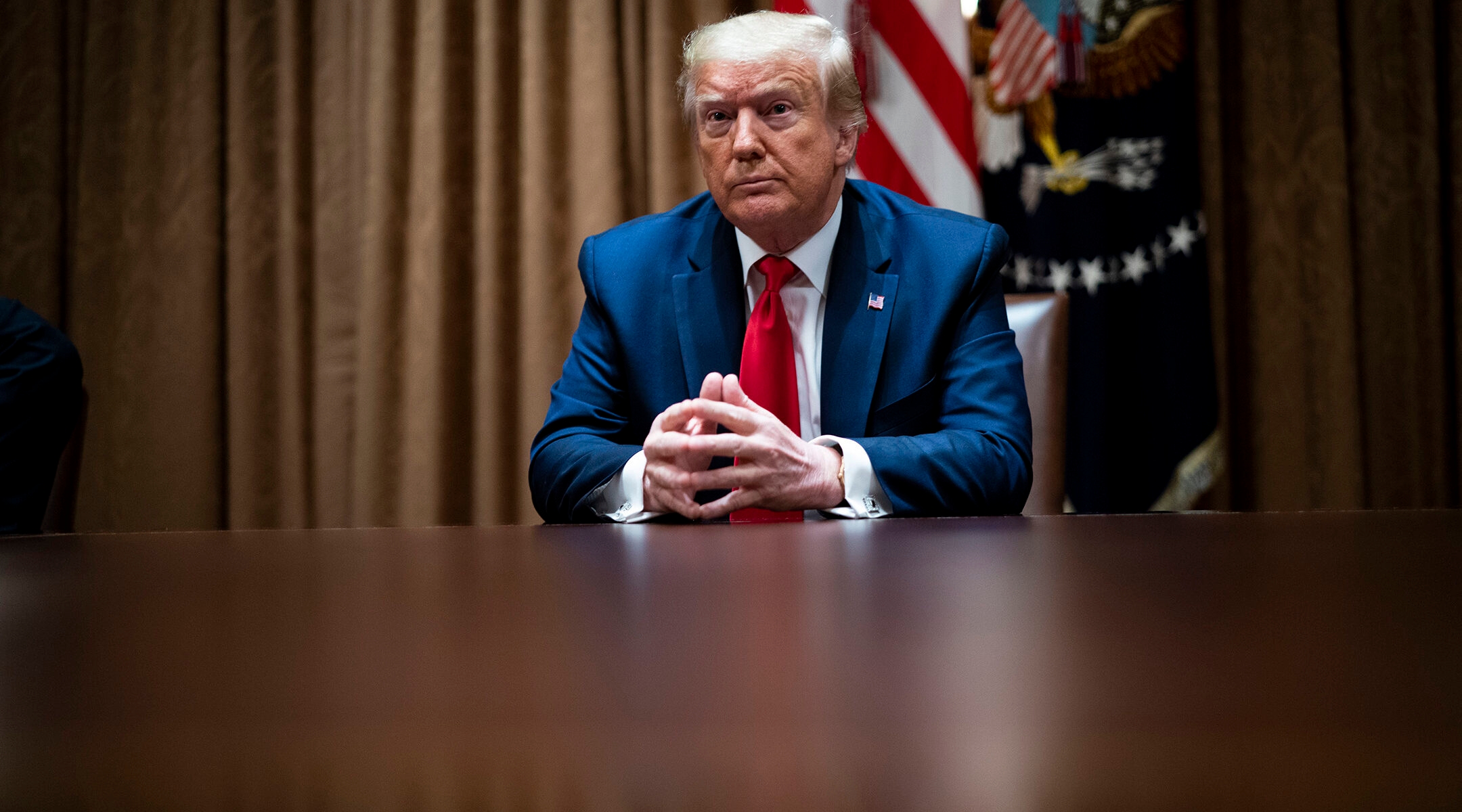 (JTA) — Former President Donald Trump told a conservative Jewish radio host that Israel until recently “literally owned Congress,” a claim similar to those that have triggered accusations of antisemitism against other politicians.

The comments came during Trump’s Oct. 29 interview with Seattle-based talk show host Ari Hoffman as Trump was reviewing his Middle East policies, including the Abraham Accords, the normalization agreements between Israel and four Arab countries, and his pullout from the Iran nuclear deal.

Trump, as he discussed U.S. policy in the region, pivoted to what he believed was the “biggest change” he had seen recently.

He blamed the influence of a group of Democratic Congress members on the party’s left who have been harshly critical of Israel and have called for a reduction in U.S. defense assistance to the country. He named Alexandria Ocasio-Cortez of New York and Ilhan Omar of Minnesota.

“You have between AOC and Omar and these people that hate Israel, they hate it with a passion. They’re controlling Congress, and Israel is not a force in Congress anymore,” Trump said. “I mean, it’s just amazing. I’ve never seen such a change. And we’re not talking about over a very long period. of time. But I think you know exactly what I what I’m saying.”

The claim that Israel controls Congress has historically been treated as an antisemitic slander by antisemitism watchdogs. Omar herself got into trouble and apologized in 2019 when she suggested that Israel and the pro-Israel lobby purchases sympathy in Congress.

Trump suggested that he did not have a problem with the notion that Israel had once controlled Congress, saying, “Israel had such power, and rightfully over Congress, and now it doesn’t.”

In the interview, Trump also repeated his disappointment with the U.S. Jewish community for not voting for him; President Joe Biden carried the overwhelming majority of Jewish voters in the last election.

“I didn’t get a kind of vote from Jewish people that you would think I would get,” Trump said. Trump earned rebukes from Jewish groups in 2019 when he said American Jews were not sufficiently loyal to Israel because they did not vote for him.